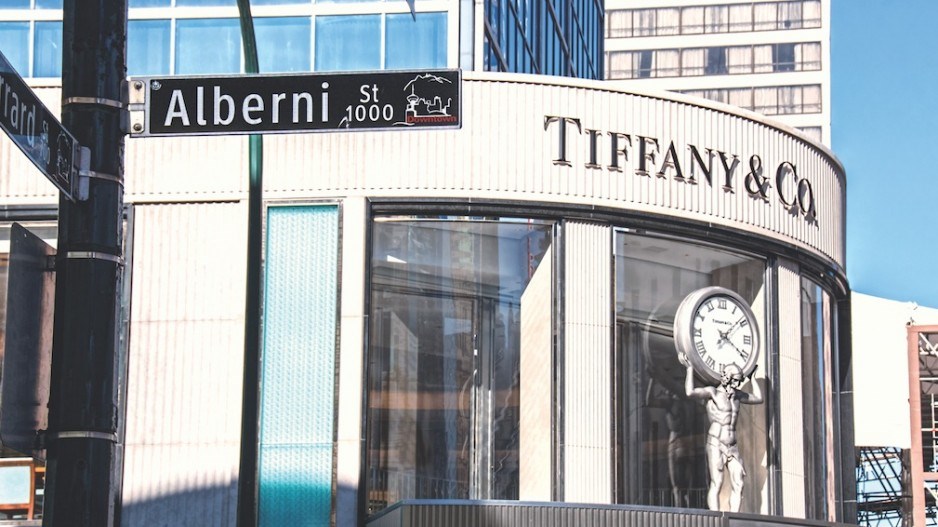 Vancouver retailers are warily monitoring news but have yet to notice any downturn in business from shoppers’ fears of contracting the coronavirus.

Even in the Alberni Street shopping district known for high-end shops and plenty of offshore-visitor consumers, store managers told Business in Vancouver that they do not believe shoppers are postponing visits out of a fear of getting the disease.

“This was a very successful month for us. Traffic is a bit low, but the people who are coming in are spending.”

Manuel Bernaschek, who owns the Stefano Ricci store on West Georgia Street near the Trump International Hotel and Tower Vancouver, estimated that about 35 per cent to 40 per cent of his customers are visitors to Vancouver from China.

“We still have good days,” he said Jan. 29. “The store was empty yesterday and today, but we had a good weekend.”

He is anticipating that there may be a slowdown in the weeks ahead but that things will then get back to normal.

“The disease has to become much bigger locally for it to impact retailers,” said DIG360 owner and retail analyst David Gray.

“Malls will be the first to feel the impact, versus street-front retailers, but I think it has to be a lot more significant than where we are right now.”

If a spate of new cases of infection arises, and particularly if there are deaths, Gray expects that people will be wary of going to public gatherings.

He believes consumers are being curious about the disease but viewing it as being far away and not yet something that they need to fear.

“We might be washing our hands more, and we’re probably more alert if someone is coughing around us, but I wouldn’t expect that there is much of an impact yet.”

Coffee shops and other public meeting places could be hit, he suggested.

Starbucks Corp.’s shares slid more than two per cent on Jan. 29, a day after it told investors that it has closed “more than half” of its 4,123 stores in China, a country that represents about 10 per cent of its global revenue.

The company had planned to raise its full-year guidance but put that hike on hold because of the unknown impact of the novel coronavirus on its business, Starbucks CFO Pat Grismer said on a conference call.

“We’re probably looking at early March at the earliest to reasonably assess the implications for revenue, operating income and earnings per share for our second quarter and for the full year.”