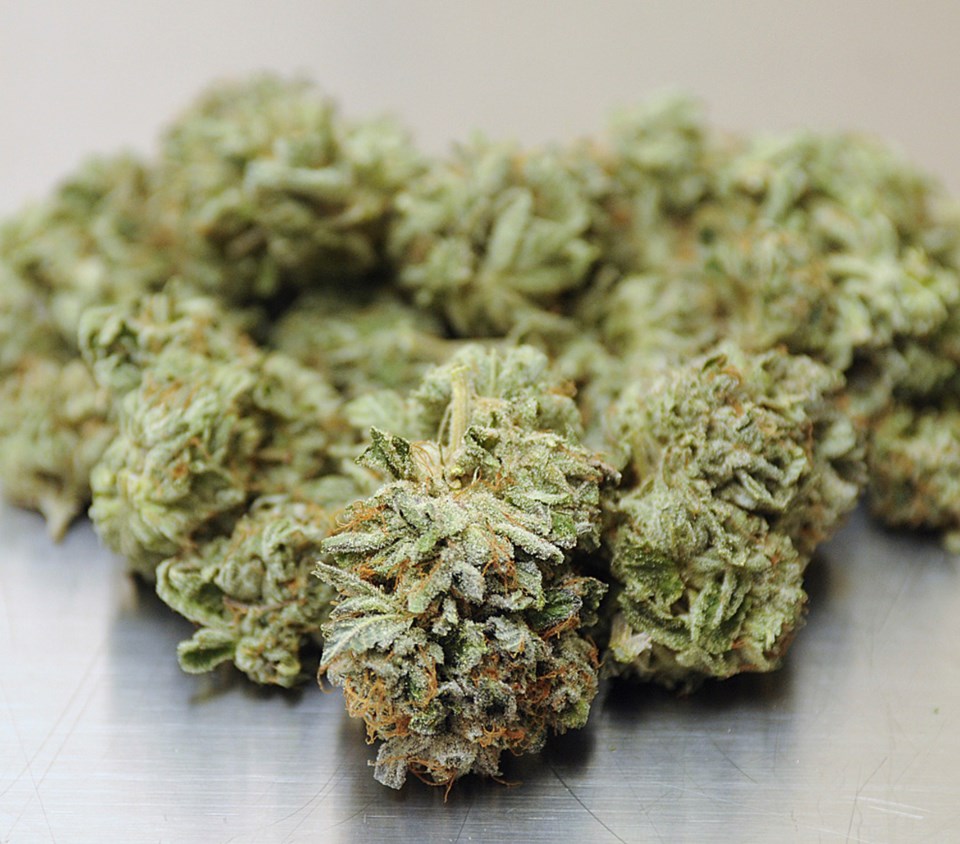 Lots of applicants are lining up to sell this plant to you in Vancouver. Photo Dan Toulgoet

When the City of Vancouver sparked the idea of regulating pot shops, an April 21 staff report said there were 80 operating without a business licence.

Four months later, it says it received 176 applications under the controversial Medical Marijuana-Related Use bylaw. Sixty-nine are so-called “compassion clubs” that would pay $1,000 each for a licence, while the rest are businesses that would be charged $30,000 each if approved.

“It’s not a surprise, it’s a cash cow,” said NPA Coun. George Affleck. “It’s an opportunity to sell illegal drugs in our city, through legitimate retail space. It’s attracting a lot of interest.”

City hall, however, refused to tell the Courier who the applicants are.

“City staff is in the process of assessing the applications, each applicant will receive a letter with zoning evaluation results and next steps within one to two months,” said Jason Watson of the city hall communications office. “A list of applicants will not be available prior to this assessment and appropriate communication with the individual applicants.”

The applicants do not include Marc and Jodie Emery, the faces of Canada’s marijuana legalization movement. Jodie Emery said they did not apply because they have “no experience in that kind of enterprise” and are opting to focus instead on their Cannabis Culture head shops, vapor lounges and media company.

“I think it's great that the City of Vancouver is allowing dispensaries to operate, because there is clearly a huge demand for marijuana, if there's so much supply being provided,” Jodie Emery said. “I hope the city will recognize the value in accommodating so many local, homegrown businesses, which create jobs and taxes that benefit the entire community.”

The city staff report, issued the day after the annual 420 pro-pot festival at the Vancouver Art Gallery, conceded the city has no authority to regulate the sale of marijuana, but can regulate land use and businesses. The bylaw passed June 24 by the Vision Vancouver majority city council set a 300-metre minimum distance for marijuana shops from competitors, schools, community centres and facilities for vulnerable youth.

City hall seems to have left the door wide open for the industry to grow further. Those that did not apply by Aug. 21 may register for notice of the next round of applications, but must close or be subject to “fines and legal action.” Rejected applicants who are already doing business must close within six months but may reapply at a new location.

Bylaw opponent Pamela McColl of Smart Approaches to Marijuana Canada said city hall is overstepping its bounds and “putting a lot of people at risk” because there are no standards for the marijuana being marketed at Vancouver storefronts illegally under the medical guise.

“It’s a political move by the City of Vancouver against the federal government during an election, that’s what this is,” McColl said. “This is not their jurisdiction, they have no business being involved in drug policy, it’s a federal matter, and they’re just playing politics at the expense of the Vancouver taxpayer.”

McColl’s complaint earlier this year that the Vancouver Police Department is turning a blind eye to retail drug dealing will be heard at the Sept. 17 meeting. Police board is chaired by Vision Vancouver Mayor Gregor Robertson.

In a rare move, Vancouver Police raided the Limelife Society dispensary at 4866 Rupert St. on Aug. 12 and alleged in search warrant documents that the operation sold pot to minors and those without a valid license and had links to the Hells Angels. On Aug. 1, the eve of the federal election’s launch, Health Minister Rona Ambrose directed Health Canada to strike a task force to crack down on illegal marijuana advertising.

Health Canada has licensed 26 producers across Canada, including six in B.C., under its Marijuana for Medical Purposes Regulations to ship small quantities of dried marijuana directly to patients who are prescribed marijuana for medical purposes by a physician or nurse practitioner.

Last January, CBC’s Fifth Estate aired a documentary that showed how simple it is to buy pot in Vancouver. A naturopath prescribed marijuana to reporter Mark Kelley for stress relief during a consultation that lasted just over a minute. Kelley was in a dispensary, but the naturopath was somewhere else on Skype.