Numerous associations met with park board staff (and lawyers) twice in past month
Apr 10, 2017 5:49 PM By: Megan Stewart 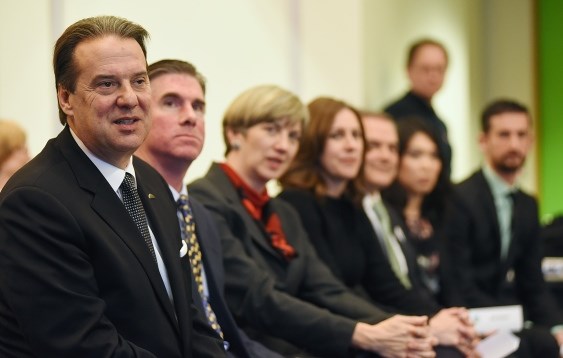 A majority of Vancouver community centre associations are telling the elected park board commissioners, seen here, to work a little longer on their joint operating agreement instead of approving it next week on Feb. 16, 2017. Photo Dan Toulgoet

Community centres are still not ready to commit. But a pen is in hand, almost at the ready.

A majority of Vancouver community centre associations are holding out for more concessions from the park board and will not otherwise sign a new operating contract. On many issues, they could get what they ask for.

The date to ink a deal could be pushed back to Sept. 30 if elected commissioners take staff recommendation tonight and grant additional time to amend the proposed contract, known as the JOA or joint operating agreement.

The park board decided in March to grant the associations a request to sit down with staff and discuss the contract in detail with legal counsel. The recomenations going before the board are based on those most recent meetings, which happened March 25 and April 1. Some of the associations' requests are not supported by staff; many others are.

They discussed seven predominant issues, some which relate to language that may put the associations in breach of the Societies Act and the Canadian Revenue Agency, depending on legal interpretation. A request to change the name of the fund that would funnel money from more affluent centres to those with less wealth is not supported by staff.

The association at Sunset argues it owns its centre while the park board disagrees outright.

Strathcona was part of this group, but the park board gave staff direction to address that centre’s needs independently.

The association at Dunbar is aligned with many of these same concerns as the group of 14, said a board member, but is nonetheless working outside the larger group. In the case of Dunbar, the association may have to amend its constitution to fall into alignment with the proposed deal. That requires the approval of the centre’s membership, the outcome of which the association’s board cannot guarantee.

This effort to bring the community centres under the same JOA started in 2012 with a previous park board.