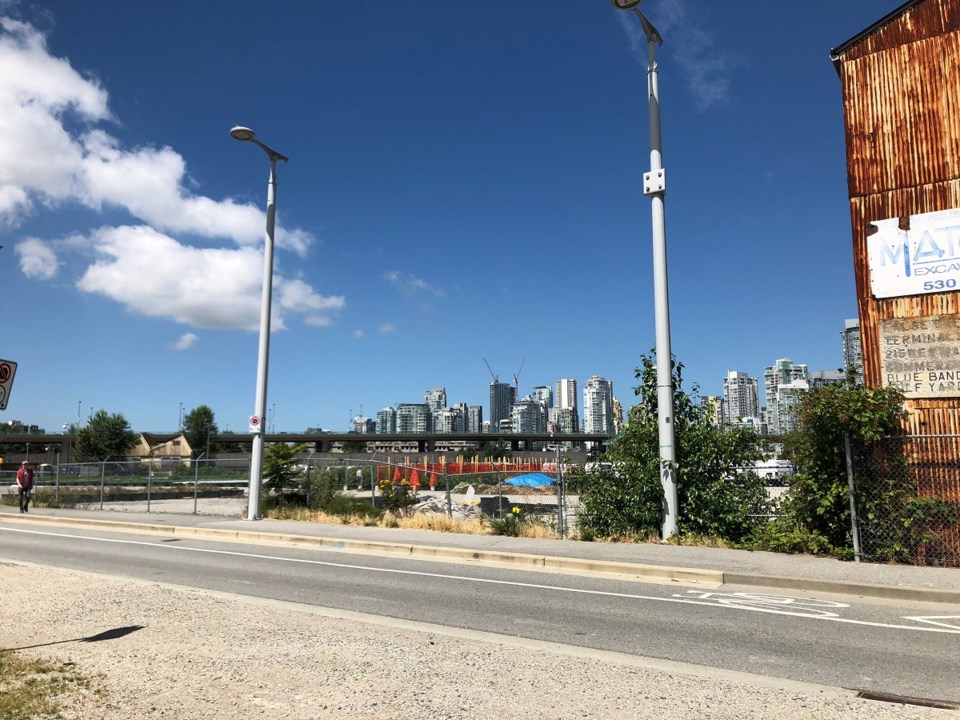 The City of Vancouver is considering 215 West First Ave. as a site for temporary modular housing. Photo Jessica Kerr

The City of Vancouver is considering another site for temporary modular housing — about 50 homes next to Olympic Village.

The new building is proposed for 215 West First Ave., just west of Hinge Park and next to Sole Food’s Olympic Village Farm. Sole Food works to transform urban land into street farm and is working with the city and BC Housing on possible links between urban farming and the proposed development.

With the consideration of this latest site, more than 550 new homes on nine sites are in various stages of development — 156 are already build and tenanted.

The West First Avenue site will have to go through the development permit application process and, according to a City of Vancouver press release, city staff have started connecting with local residents, businesses, schools and community groups in the area.

“The City will also hold community information sessions to share more details on the proposed project,” the city said in a statement. “Feedback gathered will inform the Director of Planning’s consideration of the development permit and provide BC Housing and the selected non-profit operator with feedback on the proposed operation of the buildings.”

The proposed new homes would be funded through the provincial government’s $66 million commitment to build 600 temporary modular housing units in the city, and is part of a larger initiative to build 2,000 units across the province.

If approved, the building would be managed by a non-profit housing operator selected by BC Housing and would include 24/7 support services for tenants.