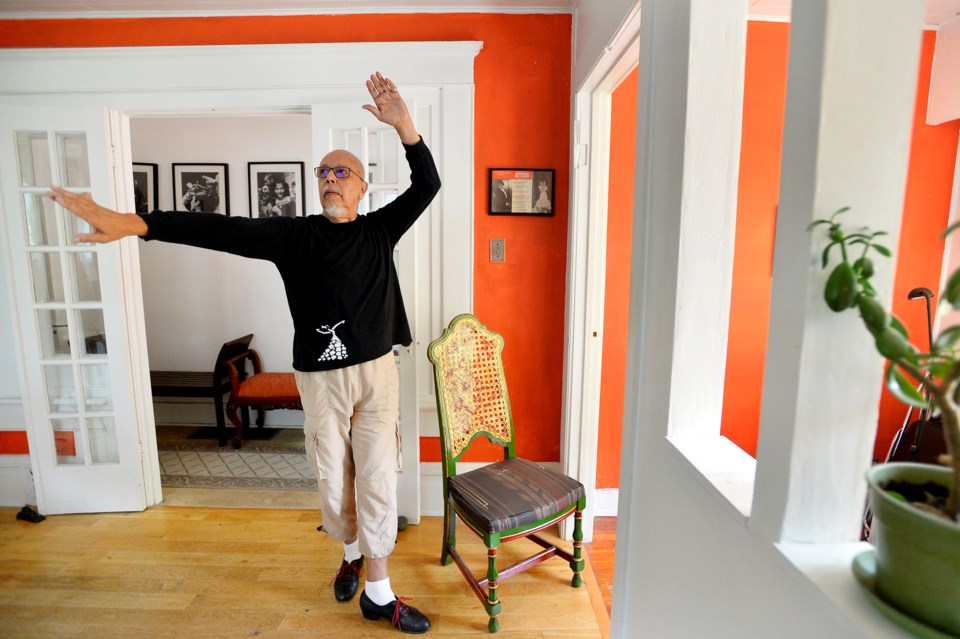 Oscar Nieto has done a lot clapping over five decades.

That’s job number one when you’re a flamenco instructor: you clap in your sleep, clap in the shower and clap while eating.

Known as “palmas” in the flamenco world, clapping is the foundation of everything that follows musically, rhythmically and kinetically.

When clapping became a problem for Nieto eight years ago, he knew something was up. One side of his body worked and the other became “kind of dumb.”

“At first, I attributed it to nerves,” Nieto tells the Courier. “But looking back in retrospect, it wasn’t nerves. It was the beginning of the balance issues.”

Nieto would soon learn that loss of balance, tremors and vocal issues are all red flags associated with the onset of Parkinson’s disease. Nieto was diagnosed with early onset Parkinson’s in 2016 and, like anyone else facing hard times, he had two choices: sink or swim.

The longtime Vancouverite will debut his first flamenco classes for those living with Parkinson’s Aug. 13 to 15 at the Vancouver Tap Dance Society studio in East Vancouver.

But how does such a rhythmically challenging, physically involved art form work for those with mobility and cognitive challenges?

Enter “jaleos,” the chants and shouts of encouragement that dancers use to cut a rug.

“I observe a lot, so you can get signals on people depending on their reactions, especially when I start shouting the jaleos like ‘ole!’” Nieto said. “I start quietly and then we get louder and louder. By the time we finish with that, they’re laughing and they’re having a good time.”

While jaleos are the icebreaker, there are other workarounds to help the would-be dancers. For starters, all classes begin with participants in a seated position. The focus is on hand and leg movements, and choreographed clapping and stomping, to stimulate both sides of the brain.

Vocal training also enters the picture before the final portion of the class, when participants are given the option to stand and apply what they’ve just learned.

“As my disease progresses there are issues that have come up: voice, thought processes, anxiety,” Nieto said. “So as this happens, I am my own guinea pig.”

Being open about his condition wasn’t an automatic upon Nieto’s initial diagnosis. He withdrew from flamenco and certain social settings as he came to grips with his new
life. Not being able to clap as a flamenco dancer is akin to a fish not being able to swim.

Nieto suggests the disease is progressing more slowly in him than others, due in large part to the active lifestyle he’s led.

He doubles down on aspects of flamenco that present challenges, so as to face them head on.

“I said ‘To hell with this frustration,’” Nieto said. “We have choices and I made the choice to work around it. Rather than back off, I purposely will work harder at keeping the clapping going. Even if it’s frustrating, I realize that if don’t use it, I lose it. So I encourage this to people in the class as well.”

Nieto’s workshops run 11 a.m. to noon from Aug. 13 to 15. All three classes cost $30, while individual classes go for $15 each. Caregivers and family members are welcome.

To register, contact Nieto directly at oscarnieto@telus.net or by calling 604-876-7012.