Vancouver gaming sector powers up after shaking off setbacks

Like Nintendo Co. Ltd.’s Mario readying for a melee against Bowser with only one life left in the game, Vancouver’s gaming industry was facing an uncertain path to success just a year ago. Bandai Namco Studios Vancouver Inc.
Dec 5, 2019 11:16 AM By: Tyler Orton 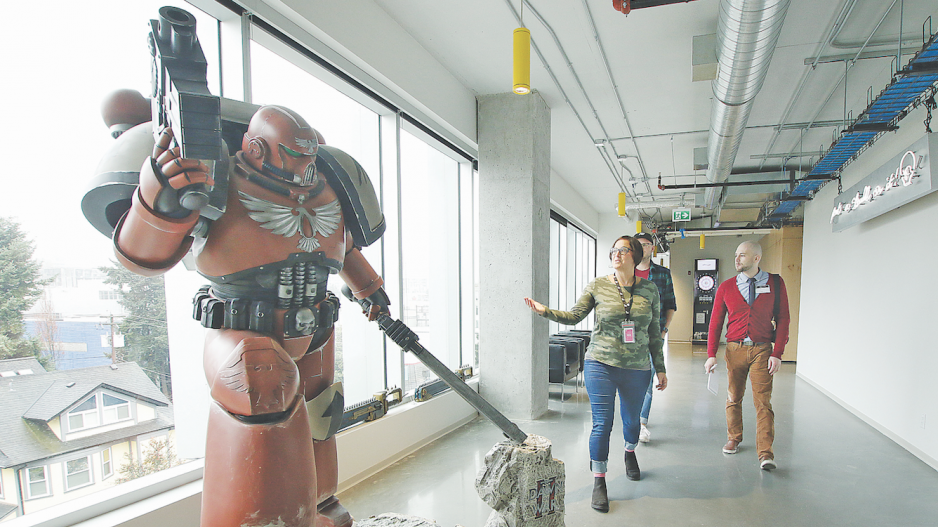 Like Nintendo Co. Ltd.’s Mario readying for a melee against Bowser with only one life left in the game, Vancouver’s gaming industry was facing an uncertain path to success just a year ago.

That left B.C.’s 17.5 per cent incentive for the gaming industry the lowest in Canada.

But much like Mario after feeding off mushrooms, the city’s gaming industry is now benefiting from a power-up.

“We’re still seeing a lot of interest in Vancouver as an important hub in the video game space for expansion,” said Brenda Bailey, executive director of the DigiBC industry association.

She said Alberta’s gaming industry now has significant concerns about its ability to grow at the same time it appears competition for talent is getting fiercer in California.

All those factors are drawing interest further to B.C., Bailey said.

A November report commissioned by the Entertainment Software Association of Canada revealed the number of workers in B.C. grew by 1,400 to a total of 7,300 between 2017 and 2019.

But during that same period, the number of companies operating in B.C. shrank to 116 from 139.

Relic, known for titles such as Company of Heroes and Homeworld, employs 250 workers across the top three storeys of a five-storey office building in Mount Pleasant with room to fit as many as 330 workers.

Part of the strategy for locking down highly sought-after talent was to consult current workers as they moved from an older Yaletown office into a newly built space. That meant more natural light, a private library for research, areas for workers to hang out to play video games and a 4K screening room (Spider-Man: Into the Spider-Verse is next).

And, like many of the buildings in the surrounding mix of light industrial and low-rise business offices, the walls of a space designated for crafting in the Relic offices will host a mural.

Eaves said the new space highlights optimism in the sector, though she acknowledged rapid change has also caused anxiety.

“We feel pretty good about the industry and our place in the city, and I think the space kind of reflects where we come from and where we’re going.”

Relic isn’t the only studio showing signs of confidence in the industry by putting down stakes.

CEO Tim Fields told Business in Vancouver in January that he anticipates the company’s 200-
person head count doubling over the next few years.

While the local industry appears to be on the upswing compared with Alberta, Bailey said it’s time for the country to take a more holistic approach.

“I’ve seen this fight go on for more than a decade, and I really think that we need to work collectively and to really look at external threats rather than internal threats,” she said, pointing to Japan’s shift from relying on in-country talent to recruiting more international talent.

Bailey said she’s been in contact with industry representatives in Alberta about what it would take to develop their own trade association in the wake of the 25 per cent tax credit being rescinded.

She said a best-case scenario in the long term would be for provinces to offer equal tax credits.

Ontario and Quebec both offer comparable credits of 40 per cent and 37 per cent, respectively, compared with B.C.’s 17.5 per cent.

“To be honest, what I would love to see is for Canada to stop competing provincially and start competing internationally,” Bailey said.