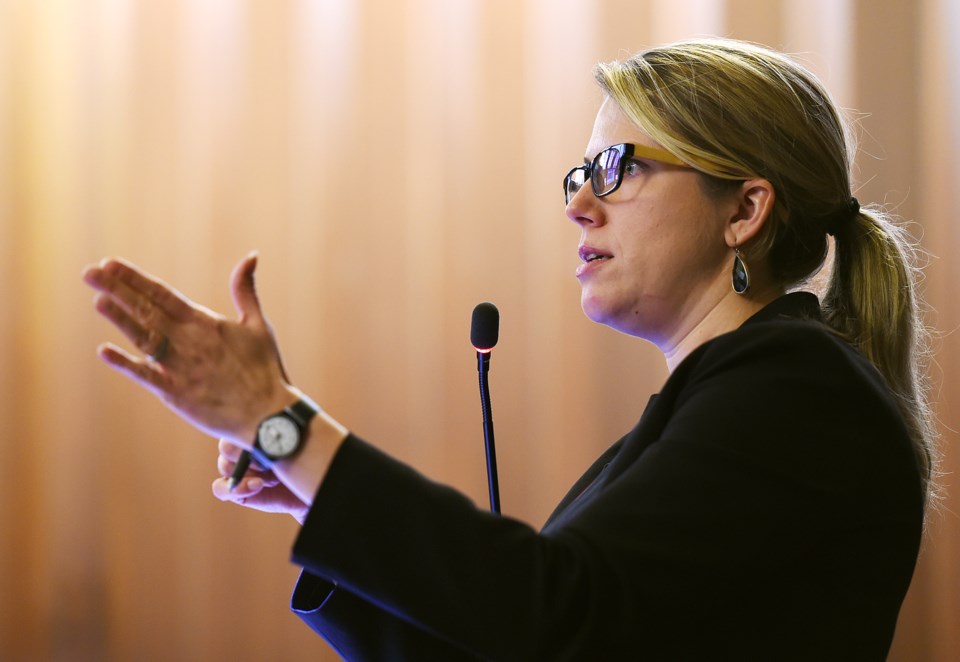 After less than three years on the job, a senior city hall staff member who oversaw departments related to development, permits and licensing has taken a “dream job” in Victoria where she will become the deputy minister of municipal affairs and housing.

Kaye Krishna, the city’s general manager of development services, buildings and licensing, was hired in August 2016 and will begin her new role March 4 with the ministry led by Selina Robinson. Krishna leaves only three months into the election of a new mayor and council.

“It had nothing to do with that,” she said of the timing of her departure. “I’ve been really excited and really enjoyed working with this council and the new mayor, so it’s not related. I’m an urban planner—that’s my training, that’s my passion and the scale and breadth of this work and the opportunity to work with all of the cities in British Columbia is just so compelling and really exciting.”

Added Krishna: “This is like my dream job, really, and what I love to do.”

Krishna was hired to “transform” the city’s permitting and licensing processes and improve service and turnaround times for applicants, according to the initial city news release that announced her hiring in August 2016.

Did she do that?

“I think that we’ve made a real dent in [building] permit times,” she told the Courier. “We’ve also built and improved our relationship with industry on the development side of things, and really tried to listen to them and work with them in a fresh way and that has proven very valuable.”

Krishna also helped oversee the new short-term rental rules implemented by the city, updated the city’s liquor policies and continued to work on the marijuana dispensary file and align regulations with the provincial and federal governments.

She was also involved in shaping the city’s housing strategies, including a focus on enforcement against owners of single-room-occupancy hotels. As examples, Krishna pointed to the Balmoral and Regent hotels, which are both closed while the city looks to expropriate the dilapidated buildings near Main and Hastings streets.

Prior to landing a job in Vancouver, Krishna worked as a consultant at a real estate and planning firm, where she worked with cities across the United States, including Los Angeles, Boulder, Colo. and El Paso, Texas.

Previous to that work, Krishna was chief of staff and deputy commissioner of strategy and operations for the New York City Department of Housing Preservation and Development. She will rely on that experience and what she learned in Vancouver in beginning her new role in Victoria, she said.

“I had exposure and experience working with leaders in other cities, so I really hope to bring that perspective,” she said. “And I’m excited to really understand the other municipalities and what their needs and issues are, and hopefully I can bring some of the common things I’ve learned from a lot of these other cities, including Vancouver, to bear in my new role.”

Krishna earned $265, 743 in 2017, according to the city’s Statement of Financial Information. Krishna said she will not receive a severance from the city. Krishna is originally from Ohio and is married to a Canadian, who is a former CBC journalist.

City hall has not named an interim replacement for Krishna’s job.