Vancouver mayor frustrated with reports of ‘beer pong’ during pandemic

Kennedy Stewart suggests measure could be in place Monday to require people stay at home
Mar 22, 2020 7:13 PM By: Mike Howell 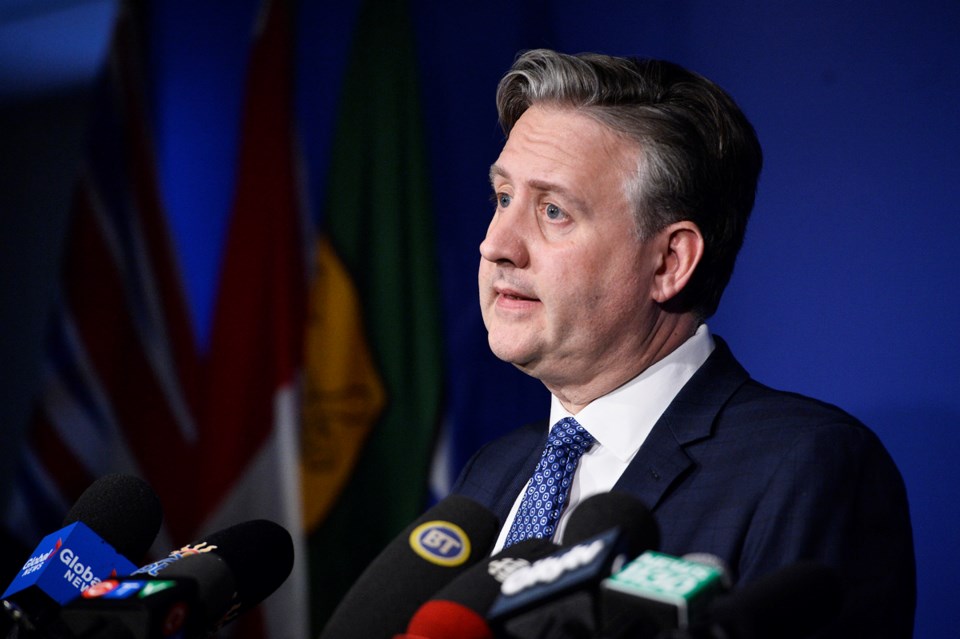 Mayor Kennedy Stewart reiterated a plea Sunday to all Vancouver residents to stay two metres apart when in public after seeing reports on the weekend of people hosting picnics, participating in soccer games and playing “beer pong.”

A clearly frustrated Stewart outlined the seriousness of ignoring the unified demands of politicians and B.C.’s provincial health officer, Dr. Bonnie Henry, for people to keep their distance from others and cease unnecessary outings.

“Reckless behaviour like playing beer pong in the middle of a pandemic could lead to people dying,” said the mayor at a news conference Sunday at city hall.

Beer pong is a drinking game where people attempt to bounce ping pong balls across a table into cups of beer. Stewart didn’t say where such activity was occurring in the city.

He said the time for asking people to comply with social distancing “is over,” but stopped short of promising to create and impose any penalties against individuals who disregard the two-metre request.

The mayor, however, hinted that more emergency powers could be in place Monday after city council convenes virtually for a second time since the outbreak of the coronavirus in B.C.

Stewart said he will request council implement measures “that would allow us to move to a more extreme version of having people stay at home like you’re seeing in New York, or in San Francisco.”

That said, the mayor pointed out health officials have not recommended such a move yet. He also said he recognized any move needs to abide by the Charter of Rights and Freedoms and uphold the Constitution.

“This, sometimes, takes a little bit of legal work because there’s really no precedent for us to go and look at,” said Stewart, whose council declared a state of emergency last week.

“So that’s what we’re doing right now, and we’re also doing this in concert with the provincial and federal government.”

Operators of restaurants and bars, meanwhile, have largely complied with the city’s order to either shut down or continue serving customers through take-out orders or delivery.

“I just want to say ‘thank you’ to the many, many businesses that have abided by both our order and the orders of the province,” said Johnston, noting the city’s monitoring of businesses was assisted by 33 complaints from the public.

“It’s good to see that the business community is really stepping up.”

Even so, Johnston said the bylaw changes to be discussed at council Monday could give the city the power to levy fines of up to $50,000 to businesses that continue to flout the law.

Those would include all personal service businesses such as hair salons, tattoo shops and massage parlours, which Henry ordered closed Saturday across the province.

Beaches remain open, but large tractors were seen removing logs Sunday at English Bay to discourage people from sitting close to others, which was happening on a large scale during the sunny weather last week.

Park board general manager Malcolm Bromley said the board was taking “an incremental approach” in its decisions to help stop the spread of COVID-19, but had no plans to close parks and beaches.

“A complete closure of the parks is a very dramatic step,” Bromley said.

“Our board has not contemplated that at this point in time. People still need to go out and get fresh air. There are safe ways to go for a walk, even on the seawall. But please don’t cluster, please don’t get in groups, please practise social distancing.”

Last week, the city and park board closed playgrounds, community centres, pools, ice rinks and libraries as part of a series of unprecedented moves that suggest Vancouver is closing in on a complete lockdown.

The two-metre rule on the beach applies to strangers, not a family or people in an immediate household, clarified Stewart, whose message to respect the social distancing measures seemed to be directed at younger people.

“You might think that you’ll be fine, that getting sick would be no big deal,” he said.

“But as I’ve said many times before, there are more than 10,000 highly vulnerable neighbours who live in our city. Many, many more are seniors and those with compromised immune systems that are rightfully worried right now.”

Darrell Reid, who has temporarily stepped away from his duties as the city’s fire chief to lead the city’s COVID-19 task force and oversee the Vancouver Emergency Management Agency, stressed the urgency for Vancouverites to comply with orders and pleas from governments and health officials.

“Just yesterday, Italy sadly saw more than 800 people die in 24 hours as a result of this virus,” Reid said.

“We cannot let the same thing happen in Vancouver. Therefore, we must all act to flatten the curve and slow the spread of this virus.”

The daily increase in cases has triggered anxiety in many residents and put some on the frontlines in danger.

Vancouver police Sgt. Sandra Glendinning wrote on her Twitter account Sunday that she had an encounter with a woman worried about having contracted the virus.

"I'm at a call trying to speak with someone when a woman runs toward me and asks me to feel her forehead because she has a fever," Glendinning wrote.

''I say 'no,' that I'm not touching her, and tell her to seek medical assistance before turning back to the person I was called to help. The woman is insistent, saying I have to feel her forehead. I tell her I most certainly do not, and tell her to back away. I end up yelling at her to back off. It's not a great experience for either of us."

A while later, she said, an ambulance arrived and the paramedic who checked the woman was dressed in a gown, mask and face shield.

"The woman had close contact with COVID-19," she continued.

"Now she's ill. They aren't taking any chances. I take a moment to reassess how close she got to me."

On Saturday, provincial healther officer Henry announced 76 more people had contracted the virus. That brings the total to 424 in B.C., with 230 of those in the Vancouver Coastal Health region.

Ten people have died, six have recovered, 27 are in hospital, with 12 in intensive care. Henry and Health Minister Adrian Dix are expected to update the numbers Monday morning.