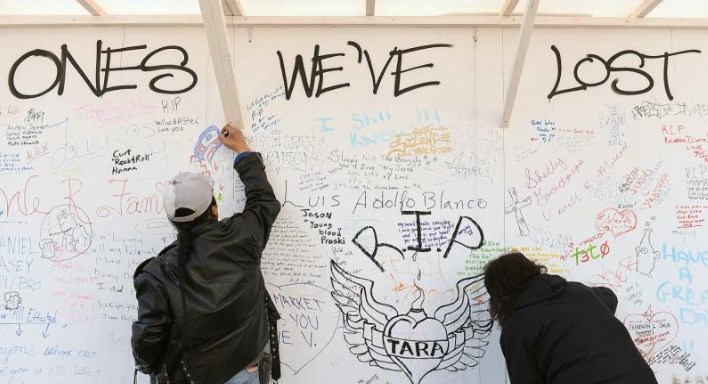 More than 1,500 people have died of a drug overdose in Vancouver since a public health emergency was declared in April 2016Dan Toulgoet

Mayor Kennedy Stewart announced Wednesday his intention to have the City of Vancouver request a federal exemption under the country’s drug laws to decriminalize personal possession of all illicit substances within the city’s boundaries.

To make that happen, city council would first have to support a motion from the mayor to direct city staff to request the exemption. The move is aimed at providing some relief to drug users and reducing overdose deaths.

“Personal possession and use of drugs is not a criminal justice issue, it is a health issue,” Stewart said in a news release. “It is time to end the stigma around substance use, help connect more of our neighbours to health care, and save lives.”

More than 1,500 people have died of a drug overdose in Vancouver since a public health emergency was declared in April 2016. The mayor said an estimated 328 people have already died this year in the city — a death toll that could make 2020 the worst year on record in Vancouver.

Stewart’s request is backed by Dr. Patricia Daly, the chief medical health officer for the Vancouver Coastal Health, who recommended decriminalization of personal possession of substances in a 2018 report.

“I support this motion, and should it be approved by council, my office will work with the City of Vancouver and Vancouver Police Department on next steps,” said Daly, who has expressed concern since the pandemic was declared in March of drug users who continue to use alone and avoid overdose prevention sites.

Premier John Horgan, the Canadian Association of Chiefs of Police and Dr. Bonnie Henry are all on record supporting decriminalization. Police Chief Adam Palmer, a past president of the Chiefs of Police organization, said in the release that his department has treated substance and addiction as a public health issue for many years.

“As such, we support decriminalizing the possession of small amounts of illicit drugs for personal consumption and the creation of additional healthcare and community support structures to ensure people get the help they need,” Palmer said. “The solution is not a simple, singular approach — healthcare, government and police need to work together to come up with comprehensive health-focused systems and wraparound support.”

Donald MacPherson, executive director of the Canadian Drug Policy Coalition, said it was “heartening” to see Vancouver taking strong leadership on one of the biggest barriers to ending the overdose crisis.

MacPherson, the city’s former drug policy coordinator, said the many harms caused by criminalization of simple possession of drugs has been well documented in scientific literature.

“This action will accelerate movement towards a health and human rights approach to drugs in Canada and facilitate the development of a more comprehensive response to the drug toxicity crisis that is taking the lives of so many British Columbians.”

Sarah Blyth of the Overdose Prevention Society and Caitlin Shane of PIVOT Legal Society both showed their support for the mayor’s move in the release, with Blyth saying Stewart’s motion “reflects what the community is asking for in order to help end the overdose crisis and save lives.”

The mayor’ motion is expected to be available later today in the council agendas when posted on the city’s website. If council were to support Stewart’s motion, the federal government’s response isn’t expected to be supportive, with Prime Minister Justin Trudeau reiterating as recently as September that he would not back decriminalization as a public health response to the country’s overdose crisis.