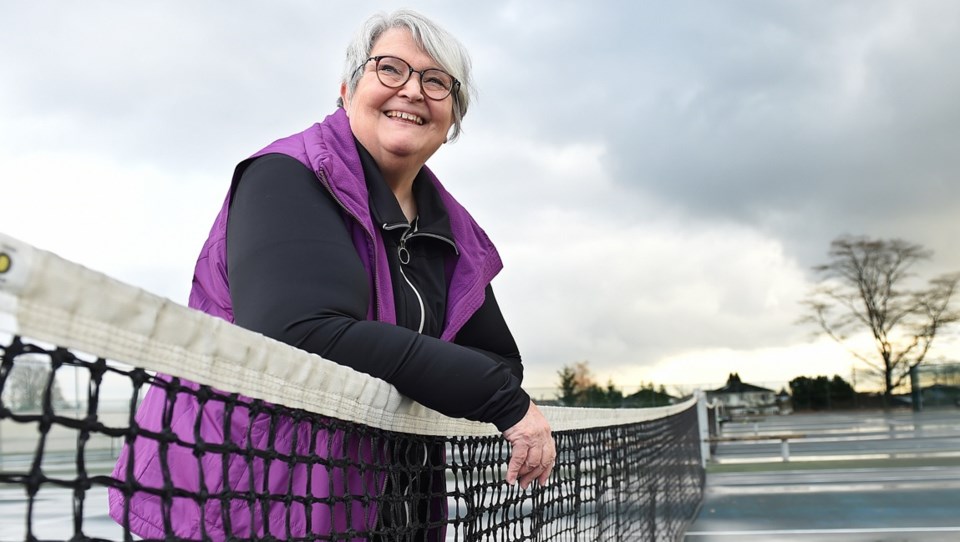 Kathy Newman’s life in volunteerism began in a way that’s not too dissimilar from others who are giving of themselves.

A job needed doing, so Newman stepped up and did it.

It was 1981, and the Langley Mustangs Track and Field Club was ramping up for an annual tournament that would welcome hundreds of athletes from across B.C.

The United Nations proclaimed 1981 as the International Year of the Disabled, and parasport athletes were to be included in the Langley meet.

“That was probably one of the first integrated track meets that I am aware of where athletes with disabilities participated alongside able-bodied folks,” Newman recalled.

Newman was the liaison between the Mustangs and wheelchair sports advocates, tasked with hammering out the logistics for parasport participants. There were tangibles — providing transportation, ensuring access and planning events — that went alongside stuff that can’t be recorded on a scorecard.

Meaning, participation and a sense of belonging.

Newman’s efforts and selflessness stretched over four decades, leading her to champion several parapsport tournaments, causes and programs, along with a 25-year career as the executive director of the BC Wheelchair Sports Association.

As is the case when any decorated sports career winds down, Newman is now being called to the hall. Two of them, no less.

Newman was inducted into the Canadian Paralympic Hall of Fame in mid-November and enters the B.C. Sports Hall of Fame in June 2020. Those lofty distinctions go alongside a Sport B.C. lifetime achievement award, and several grants and awards named after her.

“Wheelchair sport in Canada would not be the same without her,” the Canadian Paralympic Committee said in a news release.

Hall of fame inductions are a kind of feather in the cap usually given to someone at the end of the road, ready to ride off into the sunset. Newman retired seven years ago, but her commitments aren’t bound by time or job title.

“I feel that I have something to offer the parasport community and if I can contribute back in a leadership way somehow, then I’m going to keep doing it for as long as I can,” Newman said. “Volunteering is good for your soul.”

Though a Langley resident for the balance of her adult life, Newman’s contributions to Vancouver and Canada are many.

She helped bring the 2010 World Wheelchair Rugby Championships to town and spearheaded the Canada Cup in 2004, a bi-annual international wheelchair rugby tournament hosted in Vancouver.

Newman also helped champion the Bridging the Gap program, which helps introduce people with disabilities to wheelchair sports such as basketball, tennis, and rugby.

The program started in Metro Vancouver and has expanded across the country, making Newman quite literally responsible for launching numerous Paralympic careers.

It’s a process that often started at the G.F. Strong Rehabilitation Centre, where Newman and her team employed a quasi-assembly line methodology to get participants rolling.

That system saw three groups of people at varying stages of confidence and recovery: those who took part in the activities, those who watched from the sidelines and others still who lacked the confidence to even enter the gym.

“The next time you come back, the people that were sitting in the doorway, they would be on the sidelines, the sideline group would be in the chairs trying the activity,” Newman said. “You see that and know that you’ve changed someone’s life through sport in such a huge way.”

As was the case in 1981, Newman still sees awareness as the single-biggest barrier to parasport participation. She said many athletes don’t know about opportunities available to them, are intimidated to participate or don’t even know where to begin.

How does that get addressed?

Parasports on the sports pages, TV broadcasts and on the radio alongside all the other sporting news of the day.