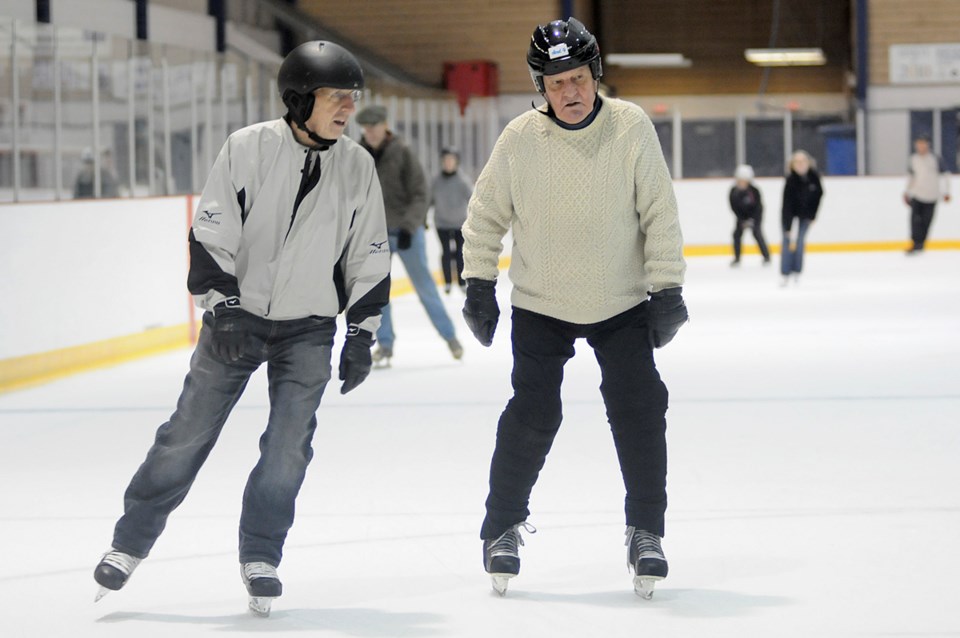 An agreement between the park baord and community centre associations would affect more than 20 community centres, including Kitsilano where adult skating is a popular activity. Photo Dan Toulgoet

It’s not over yet, folks.

There is still no joint operating agreement for community centre associations to consider, but the process continues to inch forward.

Park Board commissioners decided Monday night to defer a decision on offering a sweeping, 15-year contract to community centre associations in an effort to grant what many of those associations had been asking for: face time between their representatives, including but not limited to lawyers, with staff and city counsel.

After years of consultation, 14 associations banded together and lobbied the park board to tell staff and commissioners they were confident an agreement was within reach. Despite extensive public consultation, these associations asked for additional time between parties to discuss the document, rather than offer feedback through various channels and then wait to see if it was incorporated in a future draft of the JOA, or joint operating agreement.

This pic is everything. I count six commissioners all talking with public (plus some CCA reps) after board discussion on joint agreement. pic.twitter.com/l49eWL5xUR


However, after the decsion Monday, association board members and advocates from several community centres said they feared the discussion they had been granted was stripped of its teeth before they could bite into it. This had to do with the brief inclusion and then removal of the word “resolve” from the motion commissioners approved.

NPA commissioner Sarah Kirby-Yung put forward a “strike-and-replace” revision of the initial staff recommendation, suggesting along with a 30-day delay, that park board staff and community centres meet with “respective legal counsel for the purpose of reviewing and amending any legal language as may be beneficial, for the purpose of clarification and reflection of the partnership”.

Kirby-Yung said she hoped the groups could meet in “good faith to work together as partners” and maintain momentum while providing options yet not open discussions to a broad examination of the agreement.

Vision commissioner Catherine Evans proposed an amendment, which was ultimately unanimously approved. In a discussion around the board table that invited the input of a park board lawyer, the motion was revised and omitted the word “resolve.” The phrase initially read the discussions would happen “for the purpose of reviewing and resolving any outstanding legal issues in the development of the Joint Operating Agreement.”

The approved text, however, read that the meetings happen “for the purpose of reviewing and considering” those legal issues.

“All of us have been at this for quite a while,” said commissioner John Coupar. “An extra 30 days is not a deal-breaker for me. But I think I’m at the end of my timeframe as to how much time we should take. It’s time we get it done and then move forward together.”

The discussions will take place over the next month. The document may be revised before it returns to the board for a decision on April 10.