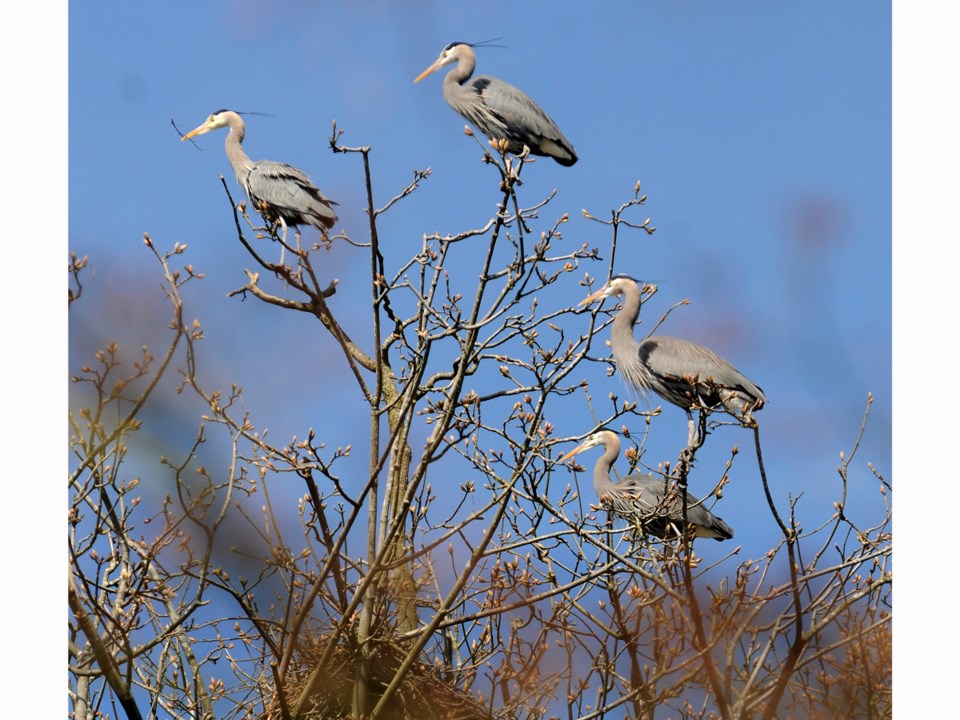 The herons started their annual return to Stanley Park this week and Vancouverites can watch it live starting today.

The long-legged Pacific Great Blue herons are nesting again in Stanley Park for the 19th consecutive year. The herons started returning to the colony, which is next to the park board office, on Monday and the online Heron Cam is back to live-stream all the action on the park board’s website.

In 2018 there were 85 active nests and an estimated 98 fledglings, and the Heron Cam gives a view of 40 nests until the end of the breeding season in August.  The camera also allows viewers to take control, zoom in on multiple nests from different angles.

“More than 180,000 people have checked out the Heron Cam since it was launched in 2015,” park board chair Stuart Mackinnon said in a press release. “It’s amazing to be able to get a birds eye view of the nesting, courtship, mating, best-building, and egg-laying of these magnificent birds.”

The herons are long-time residents of Stanley Park. The first documented breeding in the park was in 1921 near Brockton Point. They moved into the current location in 2001.