One victim remains in hospital with life-threatening injuries
Aug 26, 2019 1:59 PM By: John Kurucz 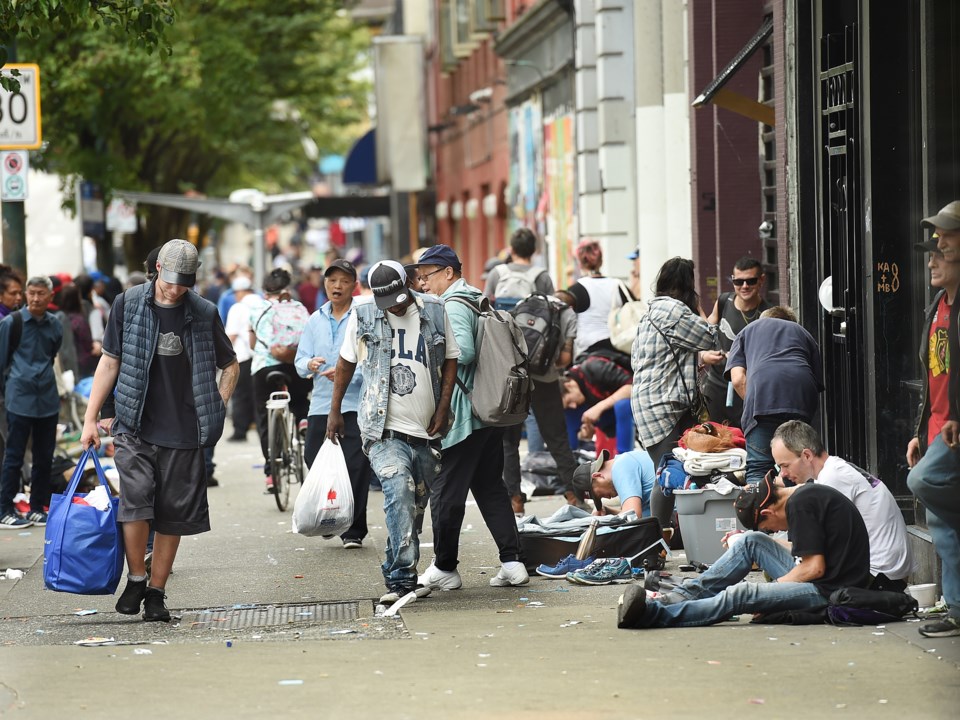 The area near Hastings and Carrall streets, pictured here earlier this month, was the scene of a series of unprovoked attacks on Aug. 21.Dan Toulgoet

A 49-year-old Vancouver man is in hospital with life-threatening injuries after a seemingly unprovoked, random spate of violence broke out last week in the Downtown Eastside.

The injured man was found around 9 p.m. on Aug. 21 in an alley near Hastings and Carrall streets by a random passerby and remains in hospital in serious, but stable condition.

“I don’t believe there is a fear to the public at this time,” Roed said.

The 49-year-old victim wasn’t the only person assaulted in the area around that time, witnesses told the Courier.

Al Sayers and Mitchell Ottas are longtime area residents who say they witnessed the incident play out in its entirety.

They described the suspect as being of Indigenous descent who didn’t use any weapon other than his fists. The pair suggest upwards of 10 people were assaulted in a matter of minutes.

“Oh my God, it was brutal,” Sayers added. “He beat people up all the way down the block. He was scary, scary, scary — like an elephant walking down the street.”

Roed confirmed that other assaults took place around that time in the 400-block of Carrall Street.

“Either it was through mental illness or bad drugs, he came out of the West Hotel and started banging people in the head,” Ottas said. “Several women were beaten seriously. The guy was a monster and he knew how to throw punches.”