Vancouver police caution against being in Stanley Park alone at night 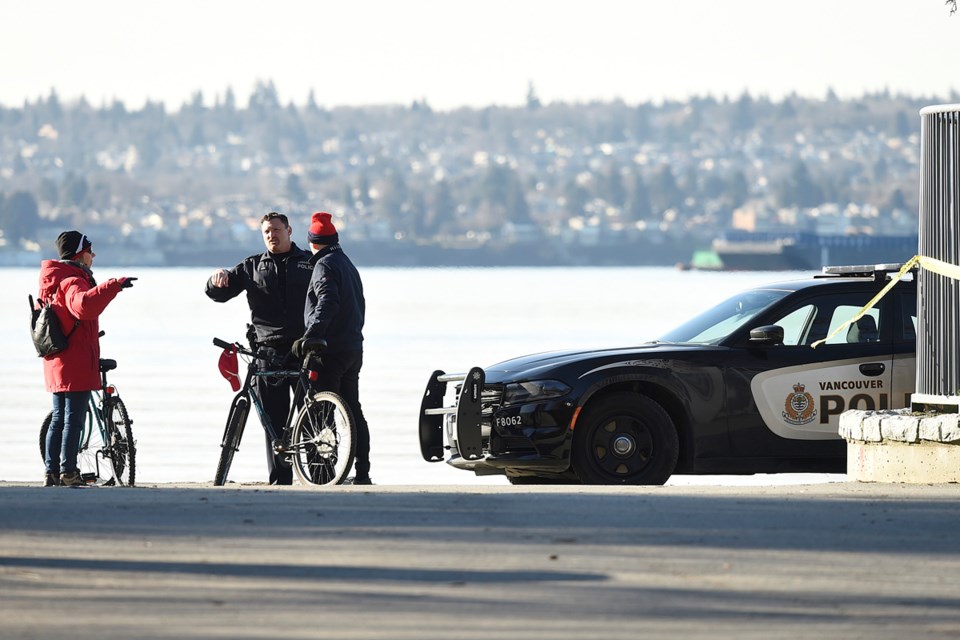 A Vancouver police officer speaks with two people near the site of the city's second homicide of the year, which occurred on the seawall late at night Feb. 1, 2017. Photo Dan Toulgoet

This is the alarming message from the Vancouver Police Department after last week’s stabbing death of Lubo Kunik on the seawall and a November attack on an elderly man near the Brockton Oval.

Although police say they have no evidence to link the murder with the November attack, “We cannot confirm that the two events are not related,” said VPD Const. Jason Doucette.

“In the absence of suspect information and motive, we feel it’s necessary to issue a public warning to alert people who may be in Stanley Park at night to use extra caution.

“We are encouraging those who choose to visit Stanley Park at night to not do so alone, and to report suspicious behaviour to 9-1-1 immediately.”

Kunik was a 61-year-old amateur photographer who lived on Barclay Street and treated the park as his back yard, friends say.

Shortly before 11 p.m. on Feb. 1, a man walking his dog on the seawall between Second and Third beaches located a body and called police. Kunik had been stabbed and died of his injuries.

On Nov. 16, 2016, police say a citizen driving past the north parking lot of Brocton Oval saw an 82-year-old man alone in his car in apparent distress. The man was suffering from serious, traumatic injuries and still remains in hospital. Police did not disclose the nature or possible cause of his wounds.

Doucette said the VPD’s Major Crimes unit has been investigating this attack for months and have not been able to identify a suspect or a motive.

Police released this surveillance video of an unidentified man on the night of the November attack. He is wearing a light-coloured blazer and walks with a limp away from the general direction of the injured man.


“The attack appears to be random,” said Doucette.

The same appears to be true with the attack on Kunik, he added. The person-of-interest who was identified and questioned on the night of the homicide has been released. The investigation remains active.