Vancouver police cleared of any wrongdoing in fatal taxi crash 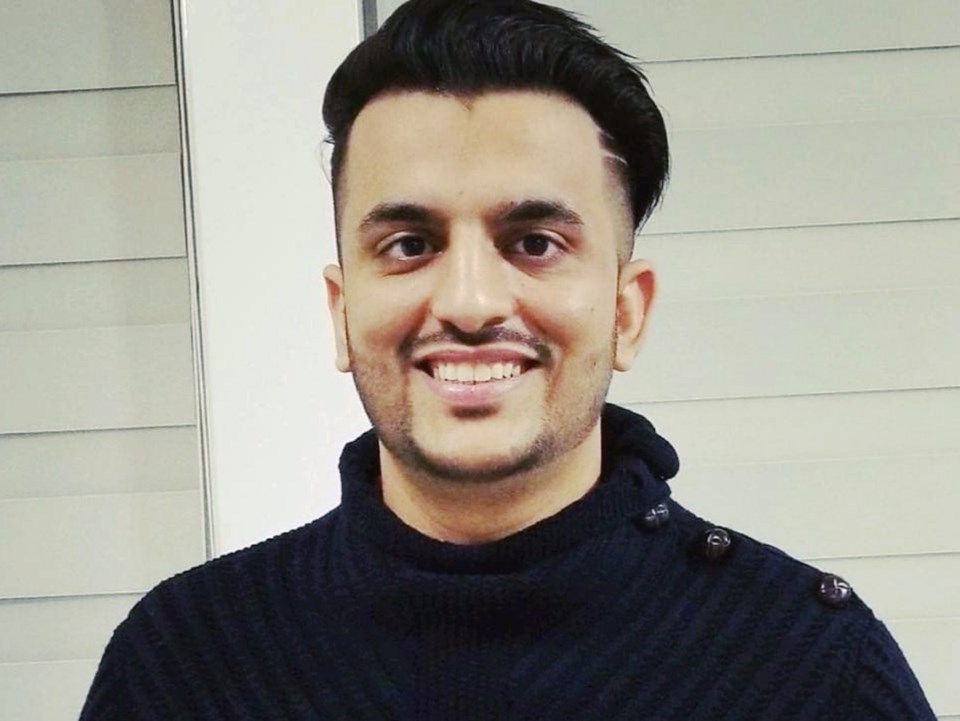 Sanehpal Singh Randhawa, 28, was a Yellow Cab driver who died in a crash Dec. 29 in Vancouver. Photo GoFundMe

A B.C. police watchdog organization has concluded Vancouver police did not play a role in the death of a 28-year-old cab driver who was killed in an accident Dec. 29, 2019 on the city’s East Side.

The Independent Investigations Office announced Wednesday that it has discontinued its investigation into the early morning crash at the intersection of Renfrew Street and East First Avenue.

“While police did attempt to stop the driver at a road check, no further police contact was made, and the evidence determined that the actions of police did not contribute to the collision,” the Independent Investigations Office (IIO) said in a news release Wednesday.

Sanehphal Singh Randhawa was driving a Yellow Cab when his car was struck at approximately 3:30 a.m. by a Car2Go Smart car, which had earlier evaded a CounterAttack roadblock at East Hastings Street near Clark Drive.

Vancouver police issued a news release on the same day of the collision that said investigators believed speed and alcohol were factors in the crash.

The IIO said an officer noticed the Car2Go Smart car driving at high speed a short time after avoiding the roadblock. The officer completed a U-turn to follow the car, but lost sight of it and “did not relocate it.”

“Unknown to the police at the time was the fact the Smart car had turned off Hastings Street onto Renfrew Street,” the release said.

“Approximately 10 minutes later, officers received a report of a collision between a Yellow Cab and the same Smart car at the intersection of First Avenue and Renfrew Street.”

The force of the crash sent Randhawa’s cab into the Royal Bank building on the southeast corner of the intersection. Randhawa died at the scene while his two passengers were taken to hospital with non-life threatening injuries.

Sgt. Aaron Roed, a VPD media relations officer, said Thursday that the driver of the Smart car — a man in his 20s — remains in serious condition in hospital and investigators have not been able to interview him.

A GoFundMe page in Randhawa’s name raised $22,954 that will go to Randhawa’s father “to support the family and to cover any legal or personal costs,” said Abhijot Solanki, a friend to Randhawa, in a message on the page

“Sanehpal was a loving son, brother and friend,” a write-up on the page said.

“Friends and family would describe him as kind, caring and humorous. He was a hard-working individual, always trying to make a better life for himself. Sanehpal would go above and beyond for the ones he loved, and was always willing to offer help whenever needed. He was currently working seven days a week, as he was looking forward to moving into his first home in the beginning of the New Year.”

The IIO is the province's independent civilian oversight agency of police in B.C. It investigates all officer-related incidents that result in serious harm or death, whether or not there is any allegation of wrongdoing.