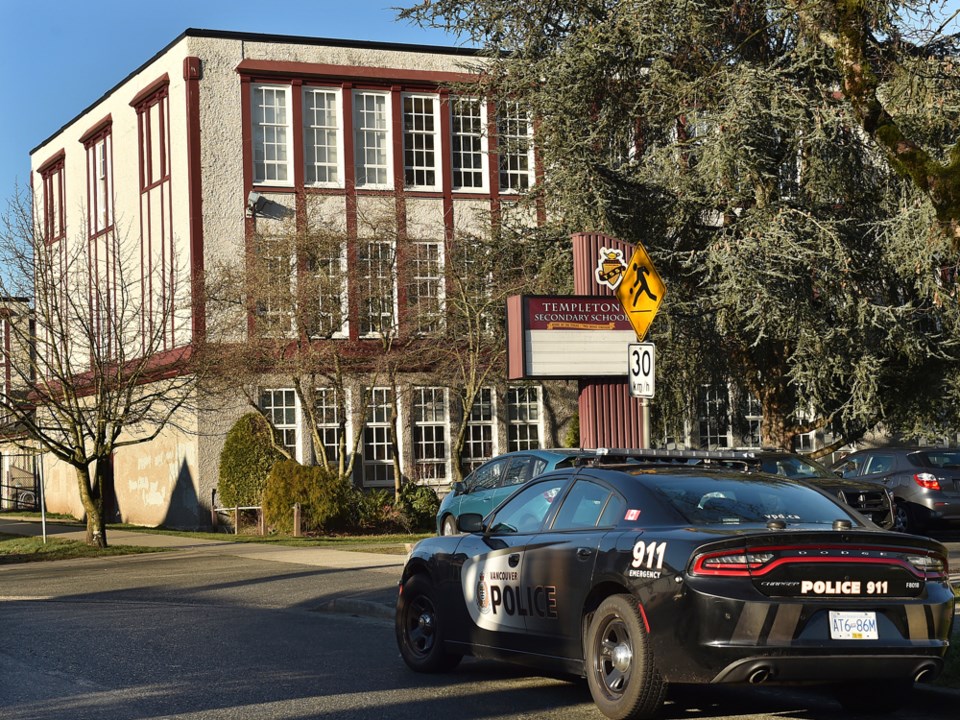 There was a visible police presence outside a Vancouver high school Monday after a threat of violence was made on social media.

“The administration at the school and the district staff learned about a potential threat that was reportedly to take place yesterday [Sunday] which did not happen,” said Patricia MacNeil, Vancouver school district spokesperson.

Both MacNeil and Robillard declined to comment on the nature of the threat.

Class was in session as usual Monday with the exception of a few police cars stationed in the parking lot and on the street near the school.

“The VPD takes all threats to schools seriously and out of an abundance of caution, VPD officers will be present in and around the school while investigators continue to assess the threat,” Robillard said.

As police investigate the source of the threat, MacNeil said, district staff and school administration are working with Safer Schools Together, which offers training and protocols for schools around bullying and violence prevention, and offering additional support for students.

“These things can be troubling, so students are encouraged to reach out to counsellors or a member of the school team if they need some additional support,” she said.