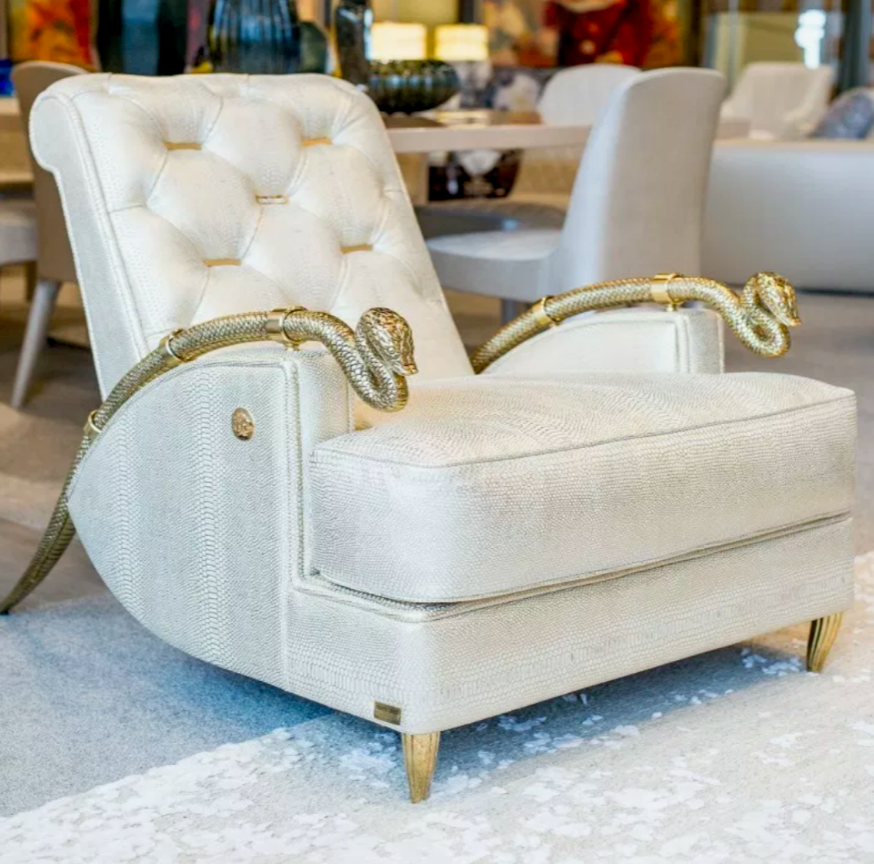 Two of these chairs, featuring gold serpent arms and valued at about $40,000 each, were stolen from a Coal Harbour furniture store May 13. Photo courtesy Vancouver Police Department

Vancouver police are asking for the public’s help locating two chairs, valued at around $80,000, stolen last month during a break-in at a Coal Harbour furniture store.

The chairs, which are valued at around $40,000 each, are described as having gold serpent arms and are believed to be the only two of their kind in Canada.

“Based on the information learned so far, it’s obvious that the suspects targeted this particular furniture store to specifically steal the two arm chairs,” said media relations officer Sgt. Jason Robillard. “We are hoping that someone will recognize these unique chairs and call investigators.”