Vancouver police will be cheering a little extra hard for one Olympian in particular as one of their own gets ready to compete in PyeongChang. Const. Meghan Agosta plays forward on Canada’s women’s hockey team.
Feb 7, 2018 11:53 AM By: Jessica Kerr 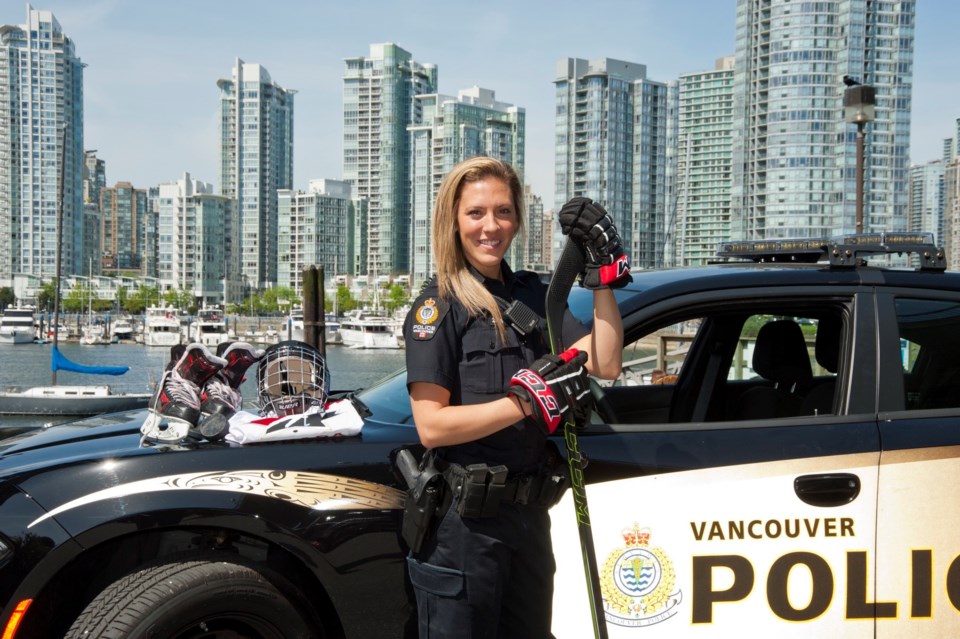 Vancouver police will be cheering a little extra hard for one Olympian in particular as one of their own gets ready to compete in PyeongChang.

Const. Meghan Agosta plays forward on Canada’s women’s hockey team. This is her fourth time competing at the Olympic Games, winning gold with the team in Torino in 2006, Vancouver in 2010 and Sochi in 2014. Agosta was named MVP in Vancouver in 2010 and was recently named assistant captain.

“She’s one of their top goal scorers,” said Vancouver police spokesperson Sgt. Jason Robillard, who also happens to be engaged to the Olympian.

“Being the assistant captain she’s one of the team leaders… She’s kind of known for her speed on the ice. She’s a quick skater, good vision.”

Agosta took a break from the team in 2014 to join the Vancouver Police Department. She last worked in patrol in the southeast end of the city but was granted a year-long leave of absence, without pay, to train and compete in the Olympics. She’ll return to the force in May.

While she was granted a leave from the team, she still had to maintain her fitness and compete in some tournaments.

“After the academy she would use up her annual leave to go and participate in tournaments and go back and do as much as she could with the team so it was very challenging to do both,” Robillard said. “She’s probably one of the only ones on the team that’s actually a sworn police officer as well as an Olympic athlete. Most of the girls have a part-time job or are just fully committed to hockey.”

“She was balancing both and really had to improvise here in B.C. There wasn’t a women’s team here that challenged her,” Robillard said.

He said she found it challenging to keep up her skills and fitness while working full-time as a police officer. She played on the department’s hockey team as well as some other local teams — she practised with the West Valley Hawks to keep her skills up.

“After a night shift she would be on the ice or working out or making sure she packed the right meals, or things like that so it was a tough go to balance both.”

A year out from the Olympics, things really start to ramp up with tournaments and training. That’s when Agosta took her leave of absence from the force. In August she moved to Calgary, which is the team’s home base, for training and centralization, where the roster of players is invited to try out for the team that will represent the country in the Olympics.

Tuesday was her first day in the athlete’s village, Robillard said, and the team’s first game of the tournament goes on Sunday.

Had an amazing first day in the Olympic Village... 2018 Pyeongchang

Robillard is heading to South Korea on Sunday to cheer on his fiancé as she goes for a fourth gold medal.