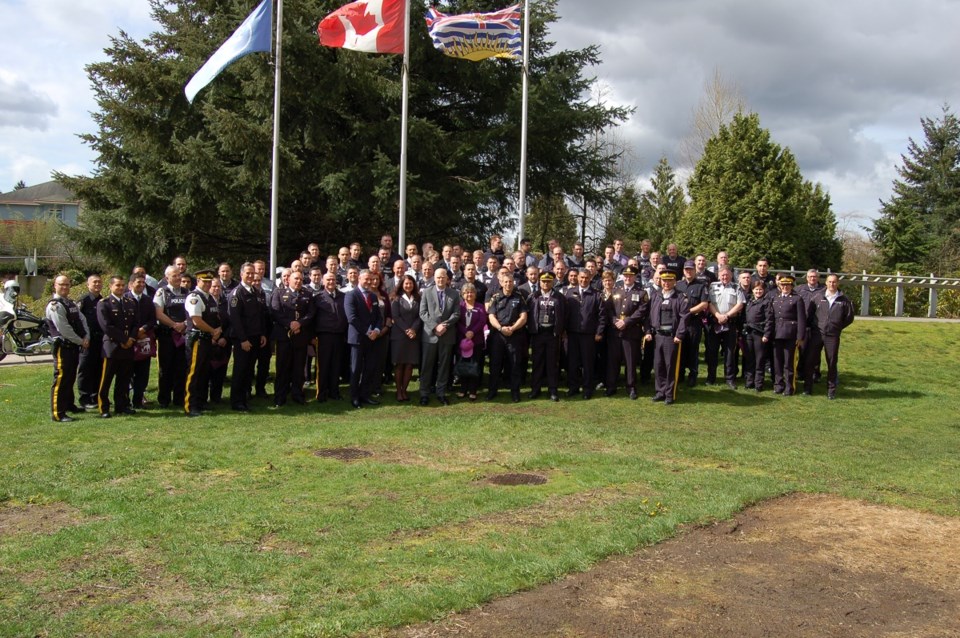 The 2017 Alexa’s Team members from B.C.’s Lower Mainland honoured at the Justice Institute of BC in New Westminster on April 17th for their work to reduce alcohol-related motor vehicle deaths in B.C. Photo submitted

The officers were among others from across the Lower Mainland and the province named to Alexa’s Team. The team was formed in 2008 in honour of Alexa Middelaer, a four-year-old girl from Delta killed by an impaired driver in May of that year, to recognize police officers throughout the province who remove at least 12 drivers affected by drugs or alcohol from the road.

In the past 10 years, Alexa’s Team has grown from 26 members to 2,400 new and returning RCMP and municipal police officers from all corners of the province.

“As we reflect on the 10 years since Alexa’s live was taken, as a family we were hoping to find some good in the wake of her tragic loss,” Laurel Middelaer, Alexa’s mother, said in a press release. “Alexa’s Team is a shining example of that goodness, and of what can be accomplished when like-minded people band together to honour a young life.”

In total, the 11 officers have taken 338 impaired drivers off the road.