Vancouver police are recommending several charges against the driver of a car-share vehicle that was involved in a fatal collision that killed a Vancouver taxi driver last year.
Mar 19, 2020 3:48 PM By: Jessica Kerr 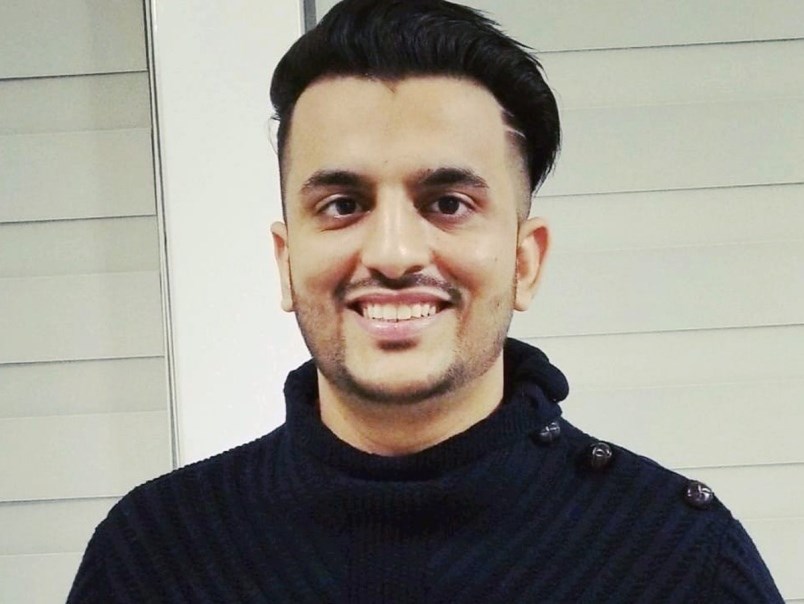 Sanehpal Singh Randhawa, 28, was a Yellow Cab driver who died in a crash Dec. 29 in Vancouver. Photo GoFundMe

Vancouver police are recommending several charges against the driver of a car-share vehicle that was involved in a fatal collision that killed a Vancouver taxi driver last year.

However, due to the current medical condition of the driver, a 25-year-old man, charges have not been approved because he is not able to participate in the resulting court proceedings.

It was around 3:30 p.m. on Dec. 29 when a car2go smart car collided with a taxi at the intersection of First Avenue and Renfrew Street. The taxi driver, 28-year-old Sanehpal Singh Randhawa, was taken to hospital with life-threatening injuries and died a short-time later.

Two passengers who were in Randhawa’s taxi at the time of the collision were treated for non-life-threatening injuries in hospital. The suspect was also taken to hospital with serious injuries.

“This is an incredibly sad and tragic case for the affected families, the community and our investigators,” Const. Tania Visintin, a VPD media relations officer, said in a press release.

“It is difficult to accept that the suspect cannot be held accountable at this time due to his medical state. However, in recommending charges, we are hoping there will be some sense of closure for the family and friends of the victim.”

Police have confirmed that the suspect, who was visiting Canada at the time of the crash, has returned to his home country.

Visintin said police are recommending six charges related to impaired driving and the dangerous operation of a motor vehicle.

In the days following the collision, B.C.’s Independent Investigations Office investigated if Vancouver police officers played a role in the crash.

“While police did attempt to stop the driver at a road check, no further police contact was made, and the evidence determined that the actions of police did not contribute to the collision,” the Independent Investigations Office (IIO) said in a news release Jan. 29.

The IIO said an officer noticed the Car2Go Smart car driving at high speed a short time after avoiding the roadblock. The officer completed a U-turn to follow the car, but lost sight of it and “did not relocate it.”

“Unknown to the police at the time was the fact the Smart car had turned off Hastings Street onto Renfrew Street,” the release said.

“Approximately 10 minutes later, officers received a report of a collision between a Yellow Cab and the same smart car at the intersection of First Avenue and Renfrew Street.”

The force of the crash sent Randhawa’s cab into the Royal Bank building on the southeast corner of the intersection.

A GoFundMe page in Randhawa’s name raised $22,954 that will go to Randhawa’s father “to support the family and to cover any legal or personal costs,” said Abhijot Solanki, a friend to Randhawa, in a message on the page

— With files from Mike Howell