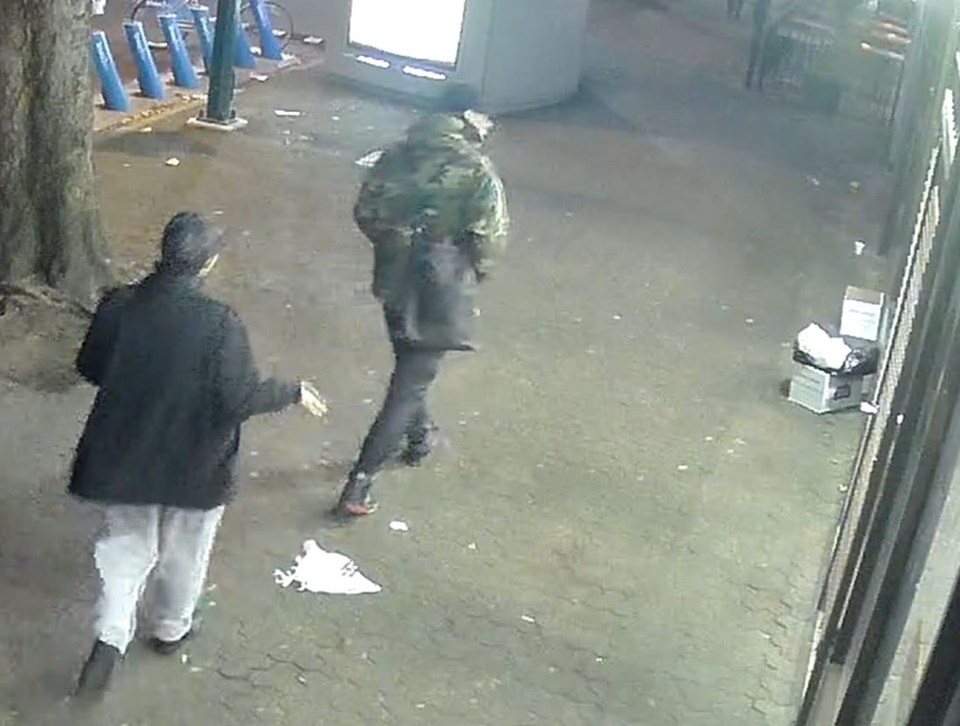 Vancouver police want to speak with the two men seen in this screengrab in the hopes they can provide information regarding a violent assault in the West End late last year. Photo YouTube screengrab

Vancouver police are looking for three people in particular who investigators believe may have information related to a violent assault that took place in the West End late last year.

The assault occurred at 12:40 a.m. on Nov. 30, 2019, when a man walking north on the west side of Thurlow Street from Davie Street had a verbal altercation with a group of people.

He was then assaulted and remains in hospital today with life-altering injuries.

“Video obtained by investigators shows two males and one female in the area of the assault,” VPD spokesperson Sgt. Aaron Roed said in a news release. “We want to speak with these individuals. They may have valuable information that could help us and just don’t know that they do.”

A pair of videos identifying the three potential witnesses can be found below:

A news release issued after the assault in early December 2019 described the victim as being 46 years old, 6’4” tall, with a thin build. He was wearing a light grey patterned dress shirt, black pants and black shoes.

Following the assault, a suspect walked north on Thurlow with two other unknown people.

Anyone with information related to the assault or the identity of the people in the videos is asked to call investigators at 604-717-2541.