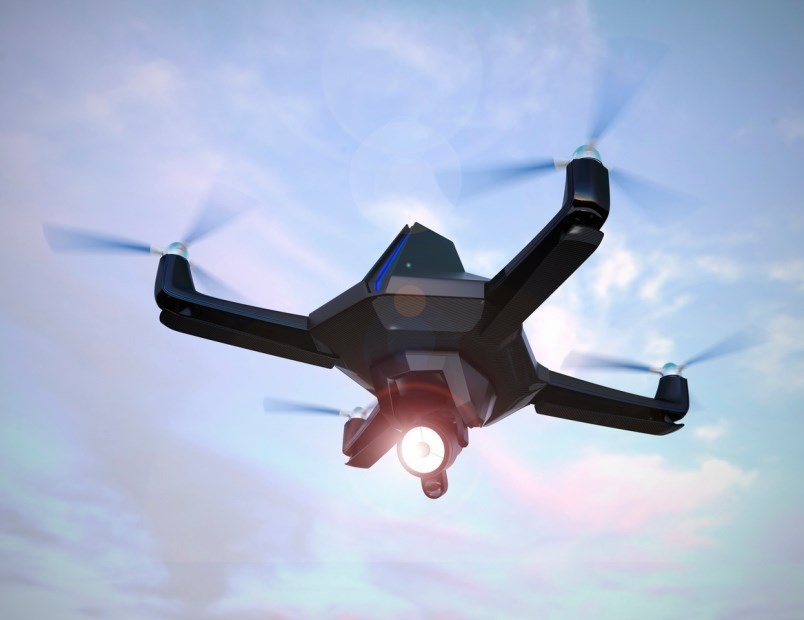 Vancouver police have purchased six drones and want to deploy at least three of them before the end of the year. Photo Chesky_W/ISTOCK

The Vancouver Police Department has purchased three drones worth more than $100,000 that it wants to deploy in a number of scenarios including searching for missing persons, mapping crime scenes and responding to disasters.

The use of camera-carrying drones, which cost $112,226, has to first be approved by the Vancouver Police Board, which will review a policy Thursday that provides guidelines for deployment of the remotely controlled flying machines.

If approved, the VPD wants to get the drones in the air before the end of the year. Their deployment will depend on how quickly officers can get trained and obtain Transport Canada certification.

“The system will greatly enhance our ability to keep the city safe,” said Supt. Steve Eely of the VPD’s operations section in a news release issued Tuesday.

“We are committed to full transparency with our policy for the use of the equipment and want Vancouver residents to fully understand when and how the equipment will be used.”

The department also purchased three smaller drones for a total cost of $2,000 that it plans to strictly use for training purposes, according to a VPD report that accompanies its policy proposal.

The VPD news release says the drones will not be used for surveillance, although the Office of the Information and Privacy Commissioner raised concerns about that statement in a letter to the department in June.

The June 10 letter was in response to a 13-page “privacy impact statement” the VPD sent the commissioner’s office regarding the use of drones.

Julie Downs, a policy analyst with the commissioner’s office, suggested personal information unrelated to the intended purpose of a drone being deployed may inadvertently be captured during an operational flight or training exercise.

But, she said, her understanding is the VPD’s proposed policy does not allow for random surveillance, “except in exigent circumstances where there is an imminent risk to life or safety and with permission from the duty officer or designate.”

Downs pointed out in her letter that public bodies are required to take all reasonable measures to protect personal information under their control.

“In this case,” she said, “the amount of sensitivity of personal information VPD collects will be relatively high, therefore the level of security must also be high.”

The VPD’s impact assessment said all collected data will be encrypted on the devices and access will be limited to officers who have “a need-to-know the information and who have the appropriate security screening level.”

The VPD report that goes before the police board Thursday said the department also consulted the B.C. Civil Liberties Association in developing its drone policy – and that “where possible, the [association’s] recommendations have been incorporated in the development of [the drone] policy.”

The total budget for the program this year, which includes purchase of six drones, training, Transport Canada certification and fleet insurance, totals $141,000. The report said $100,000 of that cost is covered by a grant from the Vancouver Police Foundation.

Select Vancouver officers from the collision investigation unit, emergency response teams, public order unit, public affairs unit and patrol and civilian staff will receive training on how to use a drone.

"Once trained, those members will be relied upon to assist other units within the department," the VPD report said.

"For example, a pilot from the collision investigation unit may be asked to deploy [a drone] over Stanley Park to help locate a missing child."

The department expects to use the drones at such events as the Celebration of Light summer fireworks event, where police already deploy cameras. Police have also previously set up cameras in neighbourhoods as crime prevention tools, as they did in December 2016 in the 6400-block Sophia Street.

In its research of drones, the VPD learned that 17 of 31 Canadian police agencies polled have drone programs, including the Abbotsford Police Department, the Saanich Police Department and the Toronto Police Service.

“For a variety of reasons, [drones] are becoming commonplace within Canadian society and Canadian policing,” said the report, noting Const. Marc Sharpe of the Ontario Provincial Police was the first officer to legally use a drone in the line of duty. That occurred in 2007.

“Advancements in technology coupled with a decrease in cost and clarification of regulatory oversight have made owning and flying a [drone] easier than ever.”

The police board meets Thursday at 1 p.m. The meeting is being held offsite at the Musqueam Indian Band’s cultural pavilion, 4000 Musqueam Ave.