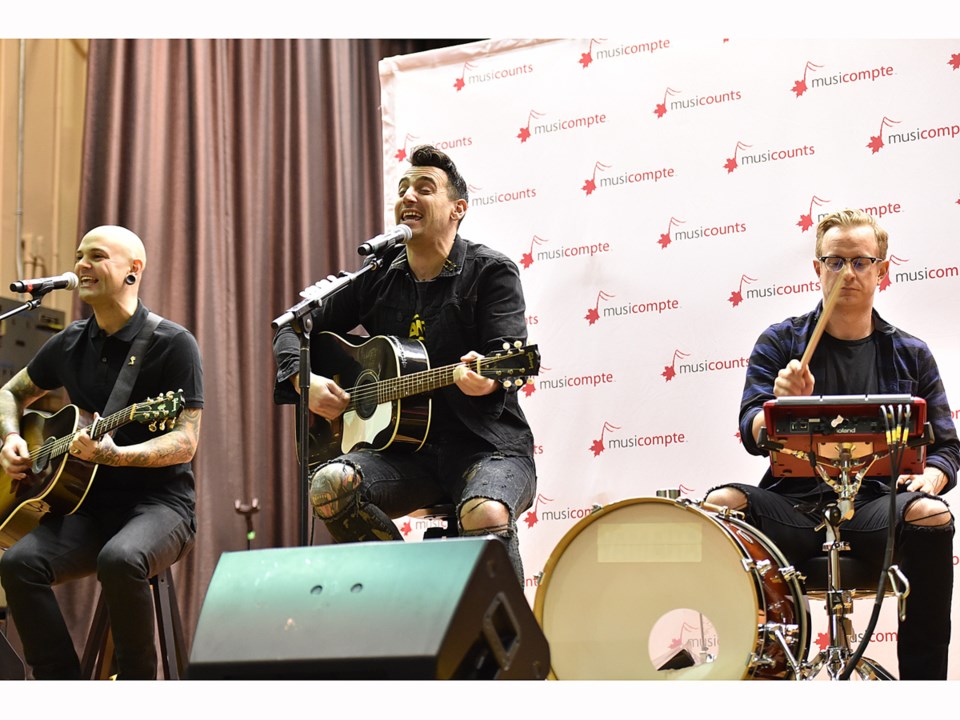 Vancouver pop-rock band Hedley has been dropped from performing at next month’s Juno Awards amid online allegations accusing the band of sexual misconduct.

A statement issued Wednesday on the band’s Facebook page both distanced themselves from the accusations, while acknowledging “the life of a touring band is an unconventional one.”

“The recent allegations against us posted on social media are simply unsubstantiated and have not been validated,” the statement reads.

The Courier has reached out to the band’s management, Watchdog Management, for comment and for any indication of whether the band’s been charged, but has yet to receive a response.

The band was slated to perform at the March 25 awards show in Vancouver, and was nominated in three awards categories, including Group of the Year and Juno Fan Choice.

“After careful consideration of the situation and in discussions with the band, CARAS and Hedley have decided that the band will not be performing at the 2018 JUNO Awards,” read a tweet issued by the Junos and, by extension, the Canadian Academy of Recording Arts and Sciences.

After careful consideration of the situation and in discussions with the band, CARAS and Hedley have decided that the band will not be performing at the 2018 JUNO Awards.

Wednesday’s allegations have sparked a polarizing debate among fans defending the band and those speaking out against them. Several accusers are using the hashtag #OutHedley2K18 to collect stories related to the alleged incidents.

Too long people have been ignoring or brushing off their actions and letting them get away with it. No more. #outHedley2k18

Man I WISH hedley asked me to come to there hotel room when I was 16 or any age .. ungrateful people I will forever support #Hedley #outHedley2k18

Hedley is slated to perform tonight (Feb. 15) in Moose Jaw. A report from the Brandon Sun indicated that members of the press will not be permitted to attend the band’s Friday show in Brandon.