Vancouver Pride Society says decision is based on the library renting room to transphobic speaker
Jul 23, 2019 3:24 PM By: Courier Staff 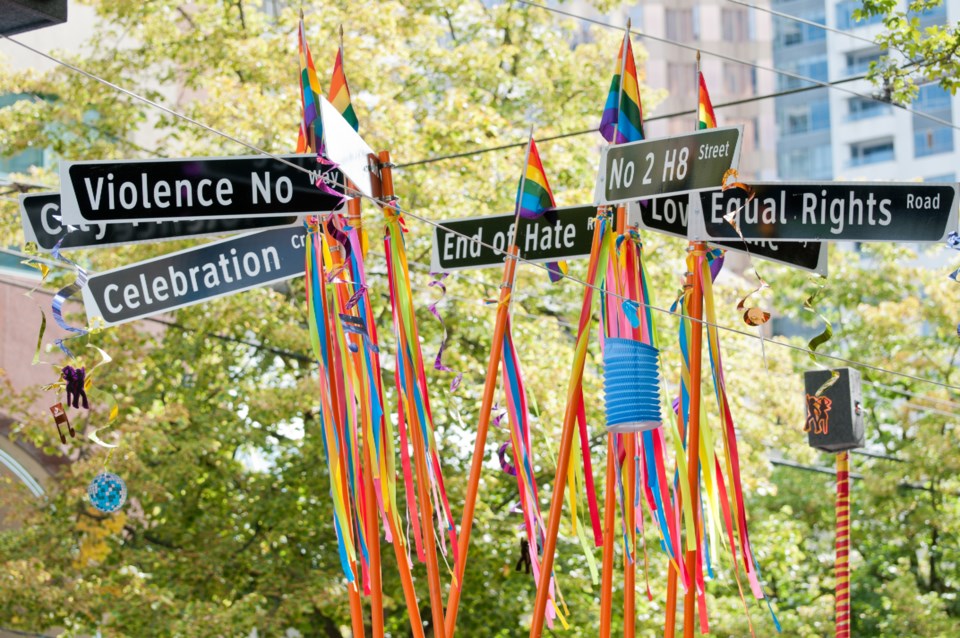 The Vancouver Pride Society is no longer allowing the Vancouver Public Library to march in the Pride Parade. Photo iStock

The Vancouver Public Library (VPL) will no longer be permitted to walk in the annual Pride Parade.

The Vancouver Pride Society explained its decision in a statement July 23, which read in part, “this is due to their decision to provide a platform for discriminatory, transphobic speech. Individual LGBTQAI2S+ and allied employees of the Vancouver Public Library may march with the City of Vancouver or with their union, CUPE 391. This is in line with our recent decision to rescind UBC's entry.”

VPS says that on Jan. 10, 2019, the VPL permitted transphobic and anti-sex worker speaker Meghan Murphy to book space for an event. During this event, five speakers asserted that trans women are not women and should not be treated as women. The VPS claims the conduct reflected both at this event, and in past public comments by these speakers, are discriminatory in a way that violates the B.C. Human Rights Code.

The society says concerns expressed by community members prior to the event have not been adequately addressed. On April 24, VPS attended a meeting with other individuals, community organizations and library representatives to discuss these concerns. On June 25, the VPS and several other community organizations signed a joint letter written by the Coalition Against Trans Antagonism, which outlined concerns with the current rental policy and requested that changes be made.

On July 15, VPS sent a follow-up letter informing the VPL that lack of change to the room rental policies would preclude them from participating in the 2019 Pride Parade.

The VPS statement continued, “Institutions such as libraries and universities are well known houses of public debate and free thought. We support debate, even that, which we find objectionable or offensive, but not past the point that the speech is discriminatory based on protected grounds. Basic, fundamental rights are not up for debate.

“We recognize that the Vancouver Public Library recently developed a trans inclusion strategy and implementation plan. This is important work, which has included staff training, updating washroom signage, shifting to gender-neutral language, creating resource guides and establishing a staff LGBTQ2+ Allies group. The head librarian at the Vancouver Public Library stated in a conversation with the executive director of Vancouver Pride that she is committed to trans inclusion…”

In response, the VPL released a statement, which read in part, “as a public institution, VPL is committed to providing a venue where diverse ideas and opinions can be shared and discussed. We feel that it is through exposure to different ideas and opinions that society can make informed choices about their core beliefs.”

The VPL says while it’s disappointed in the decision, it appreciates the fact library staff and partners are still welcome to participate as members and allies of the LGBTQ2+ community, as they have been doing for decades.

“Vancouver Pride Society is asking the library to go beyond the law and rely on their interpretation of what is legally permitted speech in Canada,” continued the VPL’s statement. “The limits on freedom of expression must be decided by the legal system, not the library. We value and support our queer and transgender staff as part of the library and are proud of the work they do. We hope to march as an organization again next year, celebrating our queer, transgender and Two-Spirit staff, board and community members and continuing our commitment to LGBTQ2+ equality.”

“Public institutions have the right to control their own policies — they are not required by law to provide a platform for discriminatory speech. We look forward to seeing how Vancouver Public Library continue the good work they have embarked upon by continuing to engage in a consultation process with trans communities, acknowledging the damage that has been done and striving to rebuild trust with our communities so that the public library can be a place of safety for all of us.”