Vancouver was ranked the sixth most livable city in the world in a recent report released by the Economist Intelligence Unit on Sept. 4.
Sep 4, 2019 10:32 AM By: Elana Shepert 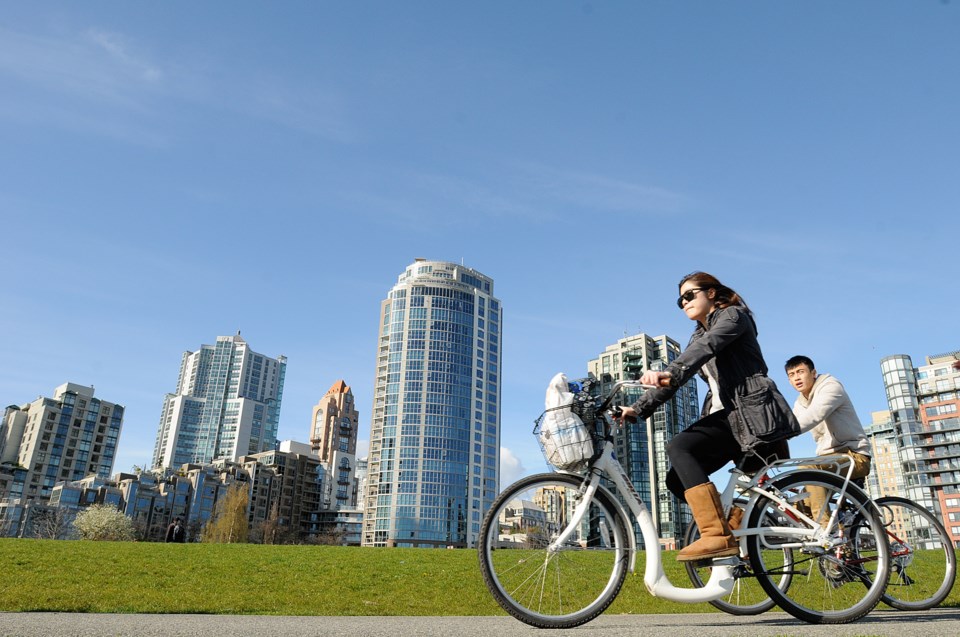 According to a recent report released by the Economist Intelligence Unit, Vancouver was ranked the sixth most livable city in the world. Photo Dan Toulgoet

Vancouver was ranked the sixth most livable city in the world in a recent report released by the Economist Intelligence Unit on Sept. 4.

The report, which assesses the living conditions of locations around the world, gives 140 cities a score out of 100 on a range of factors such as living standards, crime, transport infrastructure, access to education and healthcare, as well as political and economic stability.

The top two were followed by Sydney, Osaka and Calgary.

Known for its convenient public transport, refreshing Alpine tap water and varied cultural life, Vienna scored an impressive 99.1 points out of 100, as it did last year.

“Western Europe and North America continue to be the most livable regions in the world,” the EIU said in a press release.

Europe claimed eight of the top 20 spots, however, Paris dropped six spots to 25th due to the anti-government “yellow vest” protests; cities in Japan, Australia, New Zealand and Canada made up the rest.

For the first time, the index noted the effects of climate change on livability, with New Delhi and Cairo plunging in the rankings to 118th and 125th place respectively due to “poor air quality, undesirable average temperatures and inadequate water provision.”

“We expect problems relating to climate change to put increasing pressure on livability scores in the coming years and for the number of cities affected to grow,” Agathe Demarais of the EIU said.

The least livable cities were Karachi, Tripoli, Dhaka, Lagos and, at the very bottom, Damascus.