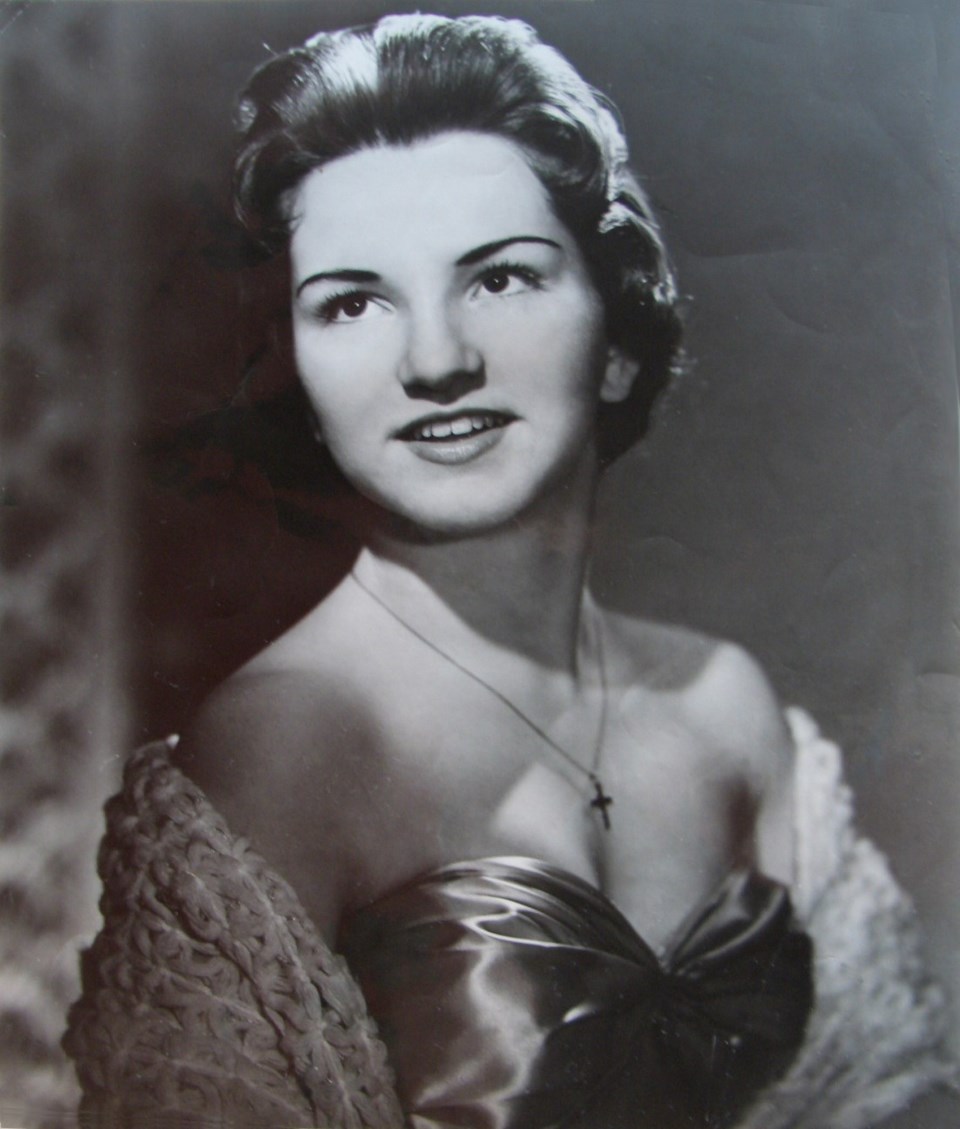 Sandra Wilson recorded under the name Sandi Shore and as a teenager performed gigs at the Cave, Isy’s, the Arctic Club and the Orpheum Theatre, where she opened for the likes of the Mills Brothers, the Four Lads, Mitzi Gaynor and, of course, Dal Richards.

While Vancouver mourns the passing of big band leader Dal Richards, many locals are unaware that the city lost another bright light from its entertainment community when singer Sandra Wilson died on Dec. 27. Wilson was a popular voice in Vancouver’s club scene during the 1950s and ’60s, and the diminutive redhead recorded under the name Sandi Shore for Canadian music producer Don Grashey.

Born in Vancouver in 1942, Wilson (née Loranger) was 13 when she won a CKNW talent contest by belting out “Wake The Town And Tell The People.” That victory led to a jingle spot in a Glenburn Dairy radio commercial, and soon Wilson’s mom was chaperoning her to gigs at the Cave, Isy’s, the Arctic Club and the Orpheum Theatre, where she opened for the likes of the Mills Brothers, the Four Lads, Mitzi Gaynor and, of course, Dal Richards.

In the 1950s, Wilson was compared to jukebox darling Teresa Brewer (“Music! Music! Music!”), but by the 1960s she sounded more like Petula Clark (“Downtown”). Sandi Shore recorded “I’ll Know Better (Next Time)” — a big, brassy, girl band number, which was penned by Gary Paxton of “Monster Mash” fame. None of her songs struck gold, but some are sought after by collectors as nuggets from rock ’n’ roll’s infancy. For instance, “Like a Madness” appears on the 1969 album Strictly Canadian (Birchmount Records), which has been described as one of the world’s first garage band compilations.

Wilson also played a small role in helping discover country music star Loretta Lynn by inviting Don Grashey and his fellow talent-seeker Chuck Williams to her aunt and uncle’s backyard jam session in Fraserview. The two producers were impressed with the Kitty Wells impersonator who had come up from her Custer, Wash. home and promptly signed her to the Vancouver-based Zero Records label.

In the 1970s, Wilson put her music career on pause to raise her children, one of whom, Julie, continues in her mother’s footsteps as a singer-songwriter and owner of the independent music company 12notes Music.
Wilson, who coped with polio as a child, fought a long battle with cancer and succumbed to it at the age of 73.