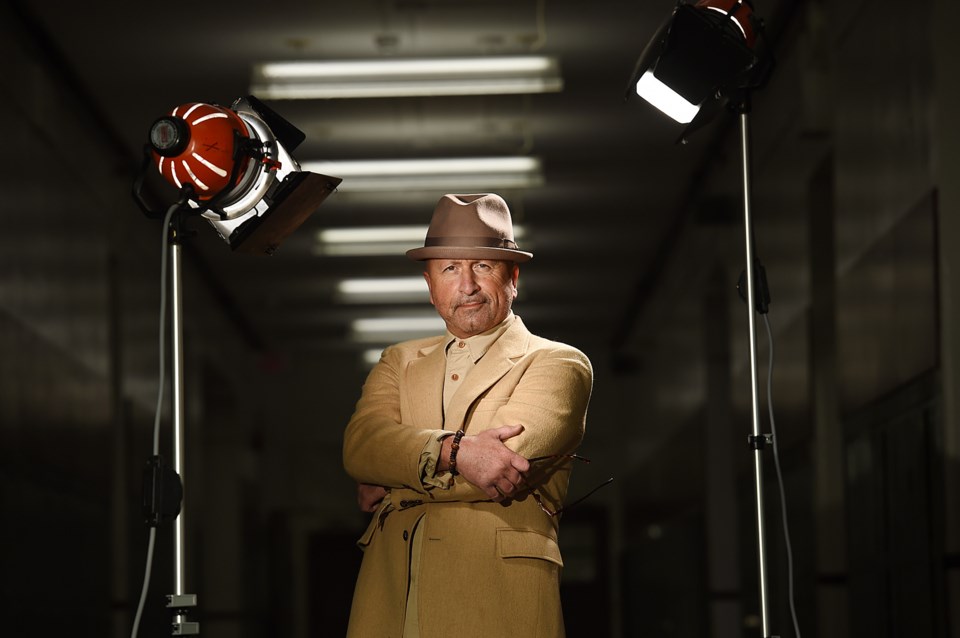 Jim Crescenzo was one of 10 other teachers from across Canada who were awarded the Prime Minister’s Awards for Teaching Excellence this year. Photo Dan Toulgoet

The Templeton secondary school community at has about three million reasons to be thankful for Jim Crescenzo’s lengthy and storied career at the school.

At 58, Crescenzo is pondering retirement and will definitely seek greener pastures either this year or next.

Approaching the tail-end of his career has provided him moments of pause and reflection, but none more poignant than the one he had in early May.

Crescenzo was on a stage in Ottawa alongside 10 other teachers from across Canada who were awarded the Prime Minister’s Awards for Teaching Excellence. He was given the award by a former Vancouver teacher by the name of Justin Trudeau.

“In a matter of 30 seconds I saw my entire life — my tragic childhood after losing my father and then my very first day of walking into my first job and a teacher saying to me ‘oh boy, anybody can be a teacher these days,’” Crescenzo said. “It was very emotional.”

Crescenzo was lauded for his 36-year career at Templeton, where he’s helped raise close to $3 million for the school’s arts programs. He’s been a drama teacher at the East Van school since 1981 and helped develop film, theatre and television programs for at-risk youth across Metro Vancouver.

His fundraising efforts began in earnest in the mid-’90s alongside two Templeton parents — James Prier and Shelley Mason — and the initial goals were modest.

Their first funding pitch was for $45,000 to help purchase computers, editing suites and other infrastructure.

Not long after they started, the trio decided to dream big. They tracked down big-time dough from the likes of Lions Gate Entertainment founder Frank Giustra and Vancouver Canucks owner and Templeton alumnus Francesco Aquilini.

On top of helping with the day-to-day teaching at Templeton, that seed money helped create a summertime program that teaches at-risk youth the ins and outs of filmmaking. Alongside partners from Pacific Cinematheque, the program employs 13 Templeton students each summer to help with the technical aspects of the program.

“What we started in 1997 with all of this fundraising has never really stopped,” said Crescenzo, who received a Queen's Diamond Jubilee Medal in 2013.

“The kids are not stupid, you’ve got to have credibility with them,” he said. “All my life my philosophy has been ‘everyone faces adversity, you have to face it and then stop playing the victim and move forward.’ That’s what I tell the students in my program.”

Crescenzo’s first calling was Hollywood, though he applied for a teaching gig as a backup plan. He dropped one resume off and one alone, and it was to his old alma mater at Templeton. Within two months he was hired and Tinseltown took a back seat. Though he’s on the fence about retirement, he’s certain it’ll happen within the next two years. Once the curtain falls on his teaching career, he plans to stay active in fundraising efforts across East Van.

“We have equalled the playing field,” he said. “You can do a fundraiser on the other side of the bridge or on the West Side of Vancouver and you’ll raise big money. On the East Side, our biggest night used to be maybe $2,500. We’ve helped change that.”