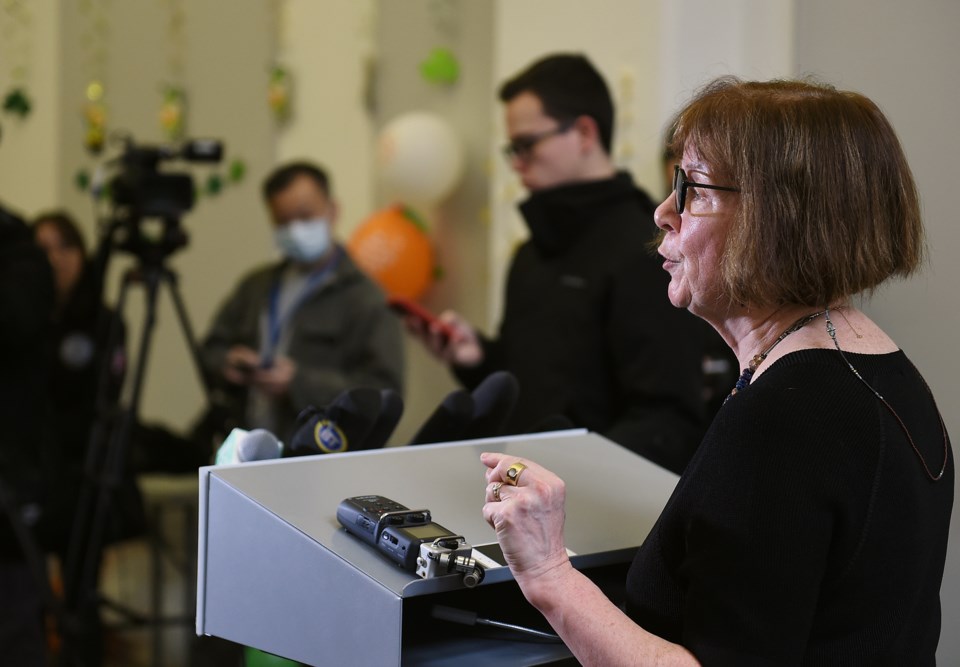 Cindi Banks VP at University Canada West, addresses the media at Thursday press conference regarding a student with a presumptive case of COVID-19. Photo Dan Toulgoet

University Canada West, located in downtown Vancouver, on the 600 block of West Pender, has closed its doors and moved classes online, due to a presumptive case of COVID-19.

“Last night, we received word that one of our students may have been on campus and had been exposed to a relative who had come in from overseas,” said UCW vice president, Cyndi Banks, at press conference held at the independent university Thursday afternoon. “We immediately started implementing our contingency plan.”

All 2,000 UCW students have been instructed to stay at home, and the university will be closed for the duration of the weekend. Anyone who was in class with the potentially infected student has been told to isolate themselves for two weeks, to ensure they have not contracted the virus.

“Our main concern is the safety of our students and employees, so we’ve shut the university down for a few days for a deep clean, from the bottom to the top,” said Banks. “We’ll continue talking to the health authority and take guidance from them. We expect to be able to open our campus again on Monday morning.”

As of posting this story, British Columbia has confirmed 21 cases of COVID-19. The Public Health Agency of Canada is closely monitoring what they refer to as a “rapidly evolving situation” and are urging those experiencing flu-like symptoms to stay at home.

The UCW press conference was held in the lobby of the London Building, which houses the university. When asked by a concerned member of the press if the lobby had been cleaned yet, Banks replied, “No. It has not.”