The Metro Vancouver weather forecast calls for warmer Thanksgiving long weekend weather after Wednesday, Oct. 9 temperatures were their lowest in more than 80 years.
Oct 10, 2019 10:49 AM By: Elana Shepert 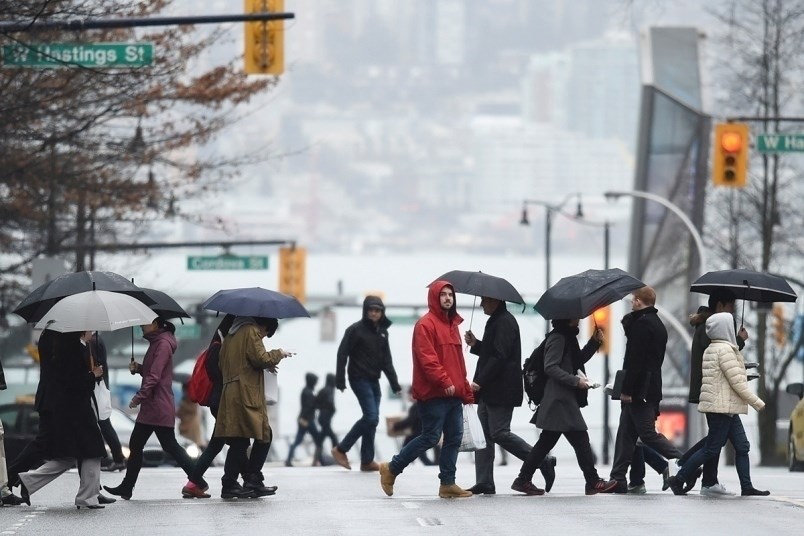 Environment Canada says there's a 60 per cent chance of showers throughout the day on Saturday in Metro Vancouver. File photo Dan Toulgoet

The Metro Vancouver weather forecast calls for warmer Thanksgiving long weekend weather after Wednesday, Oct. 9 temperatures were their lowest in more than 80 years.

Starting on Thursday, Environment Canada calls for sunshine and a high of 12 C during the day, followed by a chilly 1 C low overnight. Friday is expected to be sunny with a high of 13 C, but cloudy periods will see temperatures dip to a warmer 7 C.

Tuesday is expected to see a chance of showers while Wednesday’s forecast calls for rain.