Vancouver weather: more fog and seven days of rain on the way 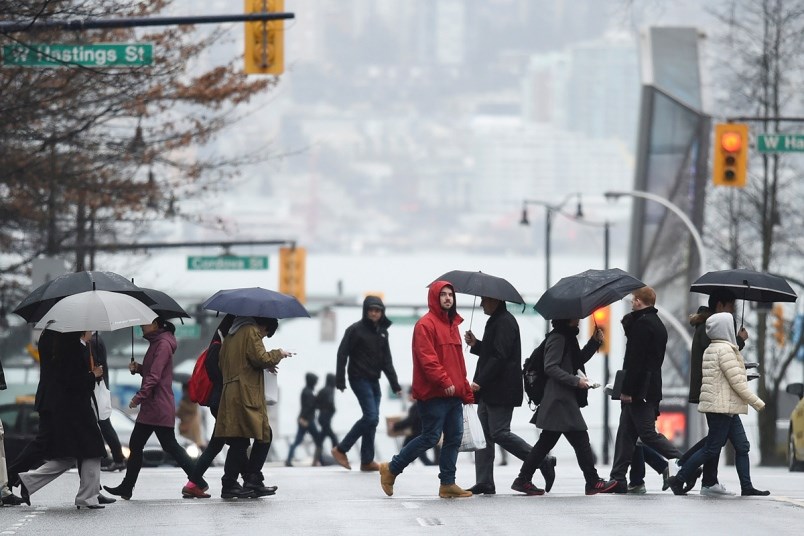 The Vancouver weather forecast calls for sunshine in Metro Vancouver, however, a fog advisory was issued for parts of the region this morning.

According to Environment Canada, a strong inversion over the south coast has trapped an extensive area of fog over the Strait of Georgia. As such, fog has moved onshore at many locations near the Strait and is reducing visibilities.

While most of Metro Vancouver is expected to clear out during the morning, fog may persist near the water into Wednesday morning.

During this time visibility may be significantly and suddenly reduced to near zero. If visibility is reduced while driving, slow down, watch for tail lights ahead and be prepared to stop.

Fog advisory in effect for: