Vancouver weather: This February is one of the 10 snowiest on record 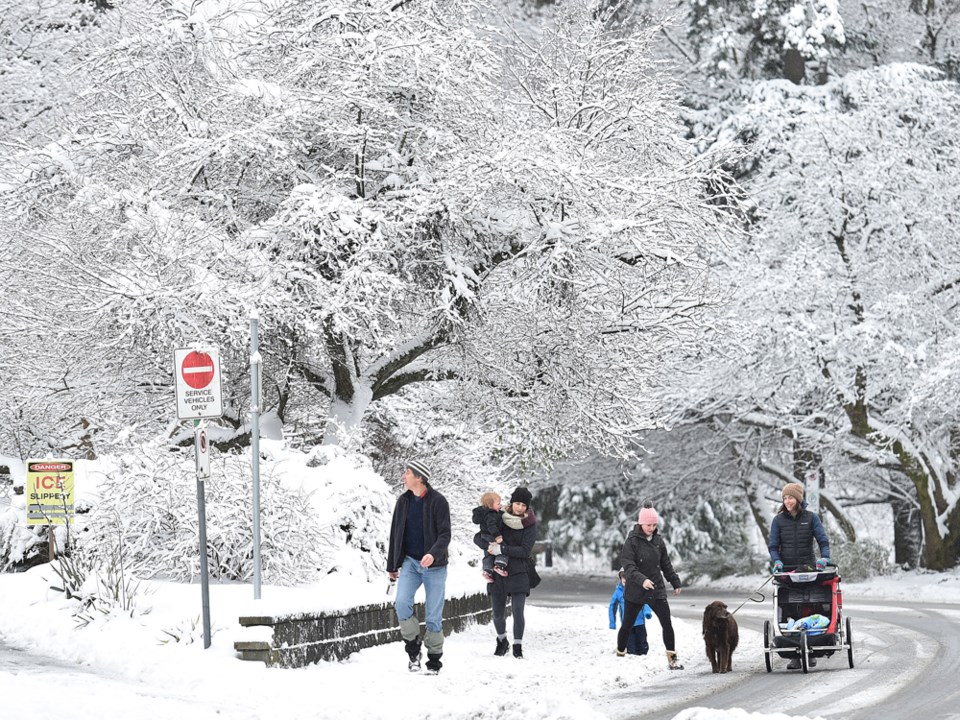 If you’re feeling a little glum about the snow melting away and ending the magic on Vancouver’s streets, don’t lose hope just yet.

There is a little more snow in the forecast next week.

This February is shaping up to be one of the 10 snowiest in Vancouver, since records began.

So far this month, YVR Airport has recorded about 26cm. It's still a far way off the snowiest February on record, which was 61cm back in 1949.

Environment Canada meteorologist Trevor Smith said on average February has 6cm of snow (but what that really means is a lot of the time it doesn’t snow in February and occasionally there’s a lot.)

“Right now we’d be about the ninth snowiest February on record at YVR,” he said.

Smith said in the short term Vancouverites could potentially see a few more centimetres of snow on Tuesday, but beyond that it was hard to say.

“The Tuesday system is the next one we’re looking at and it just looks like a few centimetres at this point, it doesn’t look like a very strong system coming down,” he said.

“The pattern still looks quite cool through next weekend, so I certainly wouldn’t rule out anymore snow."

Meanwhile, on Vancouver Island, Victoria has had a whopping 68.3cm this month, making it the snowiest February on record since 1941.

Further to this, Victoria has also had the most snow of any major City in Canada so far this month. Now, that’s pretty impressive.

“Right now, for mid-February the average temperature should be around 9C and with lows of 2C,” he said.

But instead, Vancouver has been shivering through cold temperatures dipping below 0C, due to arctic outflow winds. On Wednesday, temperatures dropped to as low as -5 with wind chills of -9.

Next week, things will heat up a little bit with temperatures ranging from 4C to 7C during the day and -1C to -3 at night.

While a chance of rain or snow is forecast for Tuesday, the rest of the week is expected to be mostly sunny until Friday, when rain is expected to return.

As for beating the snowiest February on record, Smith isn't confident it'll happen.

“It’s probably not going to be the snowiest February on record but we could still get a little more snow," he said.