April is Alcohol Awareness Month and recent stats suggest alcoholism is on the rise in women particularly
Apr 14, 2018 7:00 AM By: John Kurucz 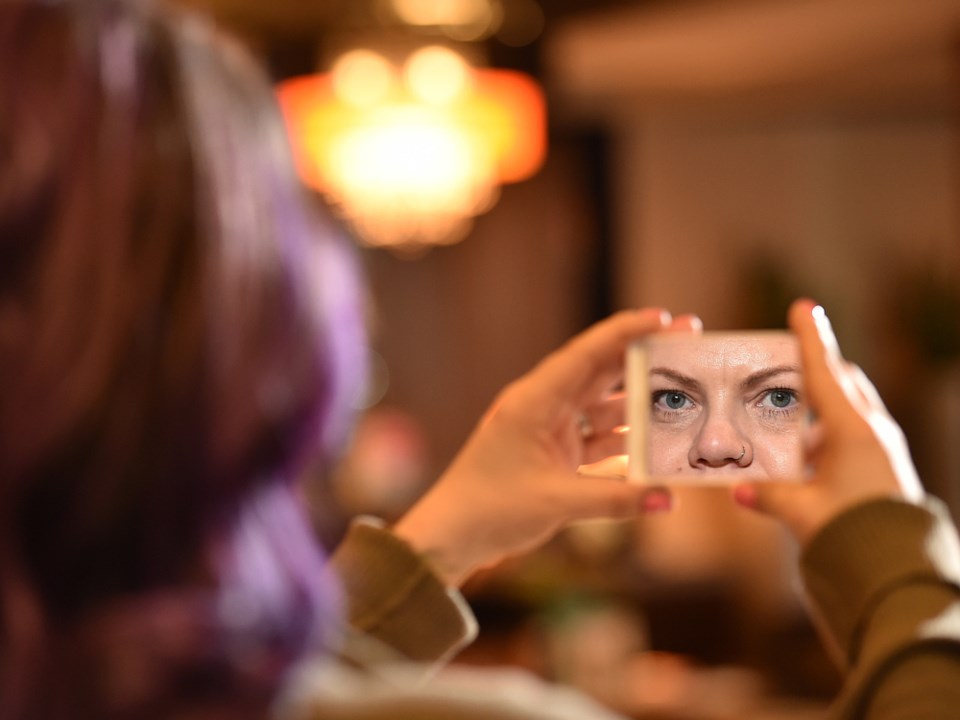 Karen has been sober for about two years, and credits her new life to a 12-step program.Dan Toulgoet

As someone who works in the entertainment and hospitality industries, she’s done a lot of it.

Those situations almost always included a glass of wine. The glass soon became a bottle, and over time the visual evidence of where her life was going quite literally started to pile up.

“I’m a smart person,” Ang told the Courier. “As I would see the bottles pile up over the course of the week, I said to myself, ‘This is probably a little over the top.’ Slowly over time it became somewhat more of a crutch, where I found I was drinking every night.”

Karen, on the other hand, traces her relationship with alcohol back 25 years. She had just started high school and stopped playing organized sports.

The bottle replaced the ball, the team and the camaraderie.

“That’s when everything shifted for me,” she said.

Karen and Ang both spoke to the Courier on the condition of anonymity. April is Alcohol Awareness Month and both women are at different places in their paths to sobriety.

They’re linked, however, by disturbing stats that suggest alcoholism is on the rise for women in particular. Numbers published in March by the Centre for Addiction and Mental Health (CAMH) suggest women with drinking problems were less likely than men to receive advice (11.7 per cent compared to 19.3 per cent).

The Canadian Cancer Society notes that one drink per day increases a woman’s risk of breast cancer by up to 13 per cent. Stats Canada suggests binge drinking among women is on the rise, almost on a yearly basis.

Although they’ve taken different paths to do so, Ang and Karen are resolute in their efforts to not be a statistic.

Karen has been sober for two years and credits a 12-step program for her success. A registered nurse at a Vancouver hospital, she bottomed out while on the job.

She did six weeks of in-patient care in Ontario, and has attended recovery meetings upwards of four times a week ever since.

Karen is a spiritual person, but not religious. Most, if not all, 12-step programs place a focus on God, but Karen and others find a way to work around that.

“It looks cult-y, there’s holding hands and chanting and all of that stuff,” she said. “But the biggest thing with meetings is that it’s a community. It’s a whole bunch of people who have to same problem as me, in a room who understand where I’m coming from, who understand the daily struggles and they don’t drink.”

Karen said she had to stop drinking altogether, because once she started, she couldn’t stop.

Ang is tackling the issue in a different way. She’s one year removed from entering into a treatment method where abstinence is optional. Alavida has been operating in southern B.C. for two years and the model combines pharmaceuticals with intensive psychotherapy.

As medical director and co-founder of Alavida, Dr. Diane Rothon has worked in addictions for three decades and has treated thousands of alcoholics. She’s a former provincial chief coroner and associate at the Canadian Institute on Substance Use Research of B.C.

A reflection of those recent stats and studies, women were Rothon’s primary clientele in Alavida’s first year in operation. The gender gap has narrowed in the last year.

“It’s become very, very acceptable for women to drink like men,” Rothon said. “In fact, many women who believe themselves to be emancipated, strong, successful and self-determinant actually strive to drink like men. It’s like a badge of honour that they can hold their liquor and keep up to men, which is crazy because women are smaller beings and they can’t keep up to men.”

The Alavida treatment method spans about two years. The first six months couple counselling with dosages of a drug called naltrexone, which blocks the release of endorphins brought on by drinking. The following 18 months are filled with counselling, goal setting and monitoring sessions with counsellors and doctors.

Complete abstinence, Rothon says, is unattainable for many. She suggests the success rate for those attempting total abstinence is less than 10 per cent. Of the roughly 225 people she’s treated with Alavida, that rate is 78 per cent.

“I think the hallmark of the abstinence model is failure,” Rothon said. “People relapse on average seven times before they feel their first success and then they sometimes never go on to permanent abstinence. I think that repeated failure and the shame associated with relapse is tremendously damaging.”

Ang says naltrexone helped her on the first go. She had two glasses of wine, and called it a day. She stopped taking the pills well before the six-month cut-off, and is a year into her new life.

“I’m more assertive, I’m a little more calm and I’m probably less tolerant of things that I find I don’t like in my life,” she said. “I just don’t accept behaviours from other people and not say anything — I now say something. If there’s something that I don’t want to do, I am saying no. It seems to have given me a whole different level of confidence to keep this lifestyle that I’ve got.”