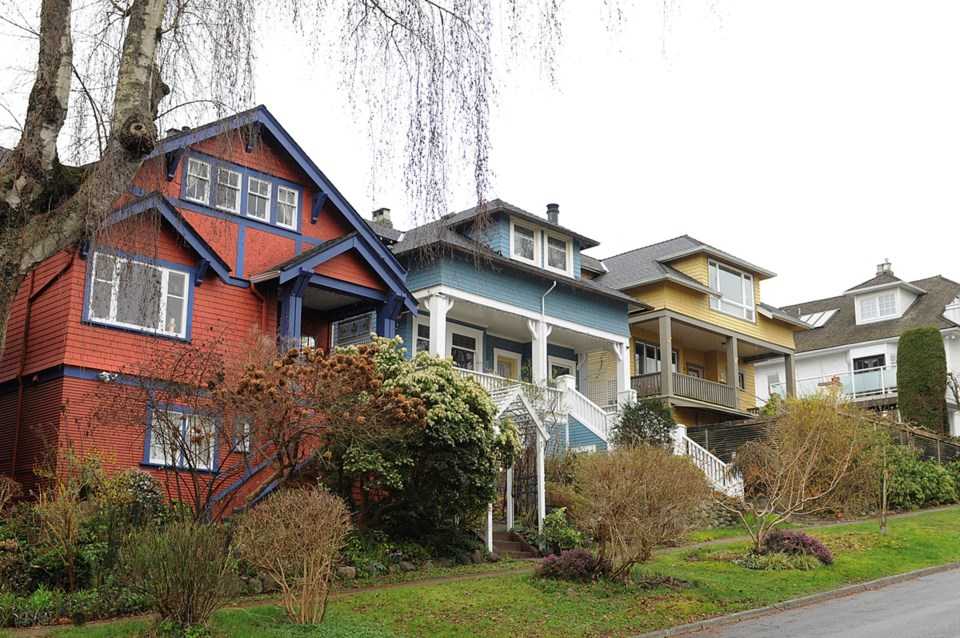 The city is considering allowing owners of character homes to increase floor area and convert properties into multi-unit residences in an effort to curb demolitions. Photo Dan Tougloet.

The city is considering allowing property owners who choose not to demolish character homes the right to increase their floor area and convert the property into a multi-unit residence.

It's an idea that has emerged from the city's review of how it can best protect character homes in single-family neighbourhoods while increasing potentially affordable housing options.

"We heard from a lot of people," the city's chief planner Gil Kelley told city council Tuesday of the public consultation process. "We basically heard both strong support for retention of character homes, but also equally strong support for incentives to provide more ability for alternative housing types and what we might call 'gentle density infill' in those same neighbourhoods."

The idea, or incentive for owners, still has to be approved by council, which will receive a staff report in April on recommendations to retain what's left of the city's character homes. Staff told council a new unit or units added to a character home could be for family use, rental or potentially strata-titled.

The city's definition of a character home is that it must have been built before 1940, meet criteria for "original features" and is not listed on the Vancouver heritage register.

City staff conducted a review of character homes in response to growing public concern about the loss of such homes to large new developments, largely on the West Side of the city.

Vision Coun. Geoff Meggs said he was concerned that creating affordable housing options — by allowing owners of character homes to increase their floor size — may still result in expensive housing.

"I think one of the disappointments about the laneway housing program is that although it does produce rental, which I think is accessible to more families than a new purchase, it's expensive to build and the rents are pretty high," Meggs said.

Kelley responded saying he didn't have "a magic answer for you today." He added that the city's ongoing reset of its housing strategy — which includes looking to add more housing types such as townhomes and duplexes — is being viewed through an "affordability lens."

NPA Coun. George Affleck said he believed some owners of character homes would still prefer to demolish their homes. That desire, he said, could lead to a sudden rush of demolitions in anticipation of tighter city regulations related to character homes.

Planner Tanis Knowles Yarnell told Affleck that 40 per cent of the homes demolished recently were built before 1940 but weren't necessarily classified as character homes. She said demolition permits issued last year "were a little bit lower" than in 2015. She doubted the city's character home review would lead to a sudden surge in owners of pre-1940 homes requesting demolition permits.

"The fact that people might rush to demolish right now, I don't know why they would necessarily do that," Knowles Yarnell said. "I think people who were wanting to build a home will go on and build that home. There's nothing sort of threatening that's going to be hanging over them that would push them to do anything faster than they might otherwise."