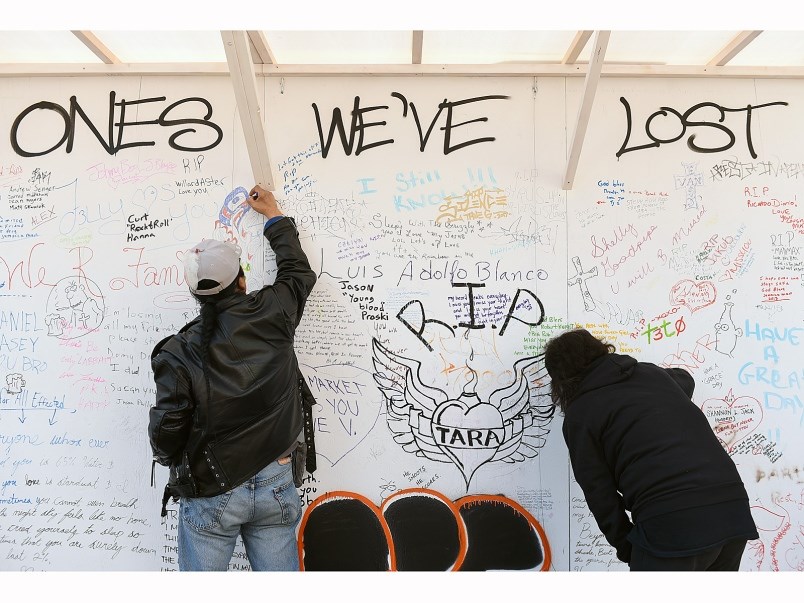 Vancouver’s chief medical health officer Dr. Patricia Daly laid out a number of recommendations Friday morning for the next phase in the fight against the opioid crisis. File photo Dan Toulgoet

The region’s chief medical health officer laid out her recommendations Friday morning for the next phase in the fight against the opioid crisis.

In delivering her annual report, Vancouver Coastal Health’s chief medical health officer, Dr. Patricia Daly, said data gleaned over the last two years has begun to shed some light on where resources can be focused to save more lives.

“Heroic efforts have been made to mitigate the impacts of the opioid overdose crisis,” she said.

“Innovative and tireless work by our frontline staff, leaders and partners have led to significant progress in immediate response measures such as improving access to life-saving naloxone, reducing harms of using illegal substances with supervised consumption and overdose prevention sites, and expanding first-line treatment services. However, more work remains.”

In her report, Daly writes that the overdose crisis is the result of “a complex interaction between the characteristics and circumstances of people at risk of overdose, an unregulated illegal drug supply, and the environments in which people use psychoactive substances.

“There is no single or simple solution,” she adds.

According to data from BC Coroners Service, in 2017 and 2018, Vancouver Coastal Health had the highest rate of overdose deaths in the province. There were 439 deaths reported in VCH by the end of December 2018, the highest ever.

The opioid crisis in the region has reached the point where it has affected overall life expectancy. Life expectancy in the Vancouver Coastal Health region as a whole was increasing until 2015, then levelled off in 2016-17.

Overall life expectancy in the Downtown Eastside dropped sharply from 2013-15 to 2016-17 from 77.39 years to 75.02 years, likely reflecting the effect of high rates of overdose deaths in the community, with a particular decline for men from 73.62 years to 70.78 years.

The discrepancy in life expectancy between men who live in the Downtown Eastside and those who live in Vancouver’s West Side in 2016-17 was nearly 15 years.

Daly added that overdose victims are primarily men “in the prime of their lives” — between the ages of 30 and 59.

Daly said Vancouver Coastal Health staff looked at the medical records of 424 people who died of an overdose in 2017. The review found that:

-             Among those who access health care, 87 per cent were known to have used substances and 84 per cent had problematic substance use, indicating that people had discussed their substance use with a health care provider at some point.

-             Fifty-nine per cent of those who died had tried treatment for substance use disorder, such as opioid agonist treatment.

-             Of those with known problematic substance use, 39 per cent used opioids daily and 44 per cent had documented daily use of a stimulant (i.e. meth, cocaine), alcohol or other drug use.

Daly’s report makes 21 recommendations, including a regulated, legal supply of drugs, which she said is the single-most urgent of her recommendations; improving access to opioid agonist treatment; expanding programs that help prevent problematic substance use; and, strengthening the system of care for people with substance use disorder.

The report found that many opioid overdose deaths are occurring among people with alcohol and stimulant use disorders, who do not primarily use opioids, for whom effective treatments may not be currently available. Daly said that in addition to treatment for those conditions, a regulated supply of opioids is necessary to reduce the risk of death from periodic opioid use by people who are regularly using other drugs or alcohol.

“Decriminalizing substance use would help reduce stigma and social isolation for people who use drugs, leading to better access to health care and social support,” Daly said. “Moving beyond decriminalization, legalization and regulation of all psychoactive substances would reduce people’s dependence on the toxic illegal supply, criminal drug trafficking and illegal activities that people with addictions must engage in to finance their drug use.”

Vancouver Coastal Health and Providence Health Care staff, in partnership with other organizations including the provincial Overdose Emergency Response Centre, have already made headway on some of the recommendations in her report, Daly said, but more work needs to be done.

“At a time when they are most vulnerable, people with addictions and their families must navigate a complex and fragmented system of care that includes programs that may not make use of evidence-based treatment or employ best practices. It is not currently possible to evaluate the system overall or its components, which can include outpatient or inpatient treatment, withdrawal management services and residential recovery,” Daly said in her report.

A new Regional Addictions Program has been established, with representation from across Vancouver Coastal Health and Providence Health Care. The initial focus of the program will be improving the system of care for opioid use disorder.