Yes, Vancouver's a beautiful and laid-back sort of city, generally speaking. But like any city, there's an underbelly, where some dark and ugly secrets get swept in to. What does this mean? Murder. Mystery. Intrigue. A whole lot of creepiness.
Jul 25, 2014 2:01 PM By: Stephen Smysnuik 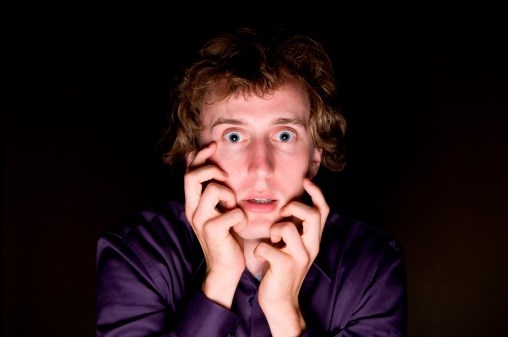 Yes, Vancouver's a beautiful and laid-back sort of city, generally speaking. But like any city, there's an underbelly, where some dark and ugly secrets get swept in to.

What does this mean? Murder. Mystery. Intrigue. A whole lot of creepiness.

Many of these stories are long forgotten, but there are few that have made a lasting impression, haunting investigators and capturing the imaginations of everybody else.

Let's dip into a few of our favourites, shall we? 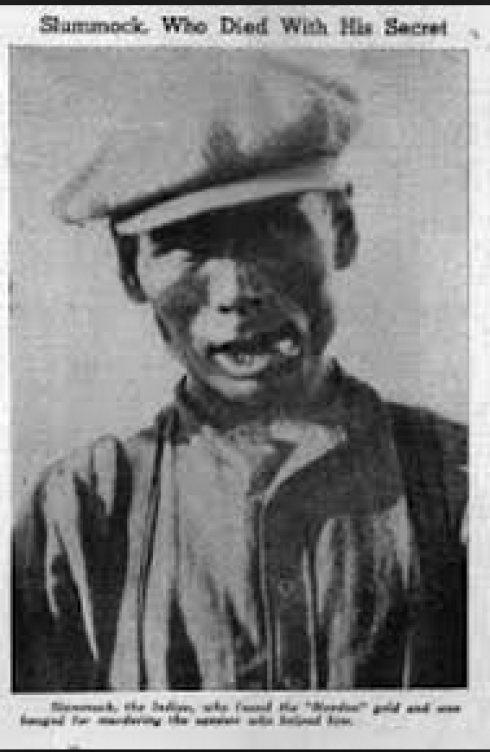 There is, apparently, a gold mine near Pitt Lake, filled with unimaginable riches. The piles of gold nuggets are as big as hills, dwarfing anyone who manages to find them.

Of course, it could all be a legend, but that hasn’t stopped travelers the world over from seeking the lost mine. Since Slumach, an elderly Katzie First Nations man hanged for murder in 1891, the legend of the mine has evolved to include tall tales and gothic stories involving murder, mysterious illnesses, and of course, mountains of gold.

Slumach himself has morphed over time as well. By 1926, he was a well-known figure in the newspapers and prospecting circles. No longer was he the elderly Indian murderer, but a middle-aged hero, capable of traversing treacherous mountains on his own, to find the spot that only he knew to exist. There were reports that he struck it rich in the late 1890s and took knowledge of the mine’s whereabouts to the grave after he died.

The location of the mine is still not known. Skeptics abound, claiming the region is not suitable for the sort of gold the legend suggests. Still, the adventure continues.

The Murder of Janet Smith 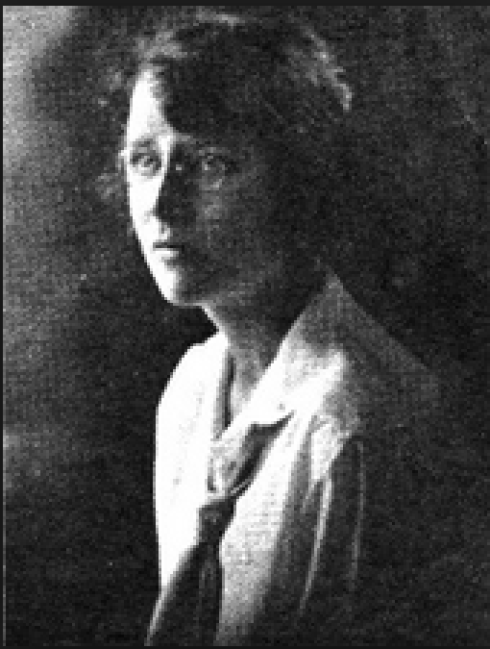 In 1924, police found Janet Smith dead in the Shaughnessy basement of her employer, with a bullet wound through her temple and a .45 caliber revolver near her right hand.

Smith, a Scottish émigré who’d taken a job as a nanny caring for the newborn baby of Frederick Baker, the owner of an importer-exporter business, and his wife Doreen. Her death was ruled a suicide, but her case was later reopened. Her body was exhumed and her death ruled a murder. The Baker’s houseboy, a Chinese worker named Wong Foon Sing, was tried for her murder, but the case was thrown out due to lack of evidence.

At the same time, other theories were gaining popularity, the lurid details capturing the attention of locals through the media – that she was raped and murdered by rich playboys, who paid the local authorities to cover it up; that she was murdered by Baker, who was believed to be a drug smuggler; and so on.

The case has never been solved, which has led numerous local authors to investigate and speculate on just what exactly happened to the so-called “Scottish nightingale.”

The Babes in the Woods 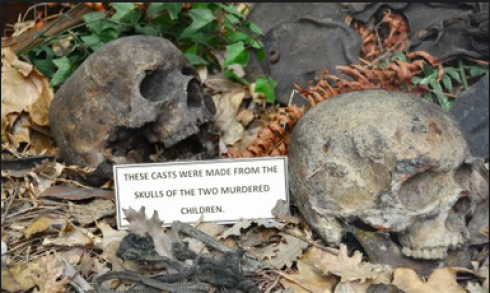 The story was an immediate media sensation: In 1953, the remains of two young boys were found by a parks board member in Stanley Park – six years after the boys were murdered. The investigation was bungled from the outset after the medical examiner identified the children as a boy and a girl.

Later, both remains were identified as male, but investigators have never determined who the boys were – or who killed them.

“Will there be a successful prosecution in court? No. That will never happen. Not now,” retired detective Brian Honeybourn, who worked on the case, told the Globe and Mail last year. “Probably the perpetrator of this terrible crime is long deceased.”

Honeyburn came to the case in the late ‘90s and managed to track down a few leads, but the mystery still remains unsolved. 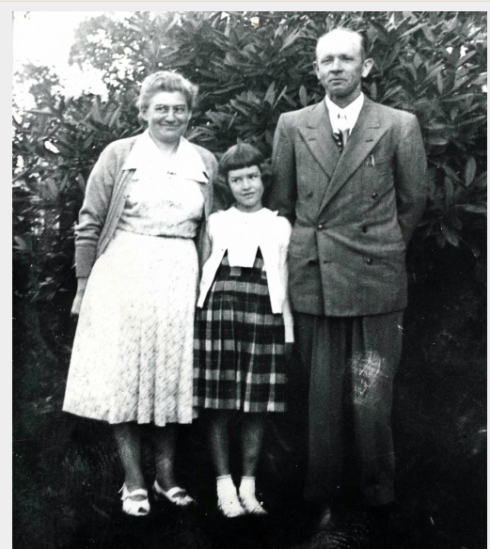 On June 10, 1958, David Pauls was shot three times in the head in his family home. The killer went upstairs and clubbed his 11-year-old daughter, Dorothy, to death in her bed. When Helen Pauls, the wife and mother, returned home from work a short while later, the killer shot her and beat her dead body.

As author Even Lazarus write in her book Sensational Vancouver, the Pauls lived a modest, lower-middle class Vancouver life. There were few clues as to why this family would be the target of such a brutal murder. All investigators could find at the scene were a partial footprint in the garden, a bloody – though unidentifiable – palm print in the bedroom wall and a dislodged rock in the garden that indicated which way the killer fled.

Police investigated theories that the Pauls, who were from Russia, were linked to a communist plot; that they were victims in a botched home invasion; and that David may have caught a peeping tom at Dorothy’s window, a confrontation that then turned violent.

All these leads led to bunk, in the end. The case remains a mystery.

The Murder of Cindy James 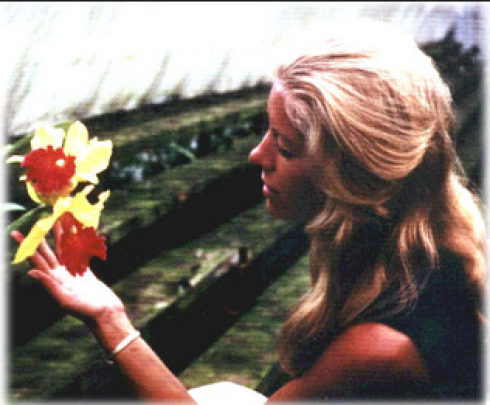 With the exception of the Pickton case, very few Vancouver-area murders have caught international attention like this one. It was covered by Unsolved Mysteries, a Current Affair and other media publications. Why? Well…

In June 1989, the body of Cindy James, a 44-year-old nurse, was found in the yard of an abandoned house in Richmond. She had been drugged and strangled while her hands and feet had been tied behind her back. The autopsy report indicated she’d died of an overdose of morphine and other drugs, and despite being hogtied, her death was ruled a suicide by the RCMP.

But her family never believed this was a suicide. For over six years leading up to her murder, James had reported hundreds of harassment incidents to the police and to her family. The specifics of the case are too lengthy to go into detail here, but it’s worth reading in full.

The short of it is, soon after leaving her husband in 1981, James started receiving threatening phone calls. The police started to investigate but over the next several months, the harassment increased. She reported prowlers outside her house at night. Windows were smashed and phone cords cut. According to a friend, James claimed bizarre notes were being left on her doorstep, and had been attacked several times.

James tried to hide her identity – changing her last name, moving houses, painting her car, etc. – but the harassment continued, including the violent attacks. But because there were never any witnesses, the police became suspicious that James was lying about the case, or was withholding important information.

Months before her death, James was found hypothermic in a ditch six miles from her home. She was wearing a man’s work boot and glove and had a nylon stocking tied around her neck. She was cut and bruised, yet could not recall how she’d gotten to the ditch. Again, police were suspicious about her story.

Shortly after, a fire was started in her basement – an arson, according to police, that only could only have been started by someone in the house, since there was no evidence of a break-in. James was suspected and she was checked into a psychiatric facility. She checked out 10 weeks later.

On May 25, 1989, she disappeared. Her car was discovered not far from her house, with groceries and a wrapped gift in the backseat. There was blood in the car. Her body was discovered two weeks later in an abandoned house.

James’ ex-husband, a psychiatrist, was considered a suspect. So was her boyfriend at the time, who worked as a policeman. Neither were charged, and even after a public inquest where 84 people testified, no arrests have been made and the case remains unsolved.

The Feet of the Georgia Strait 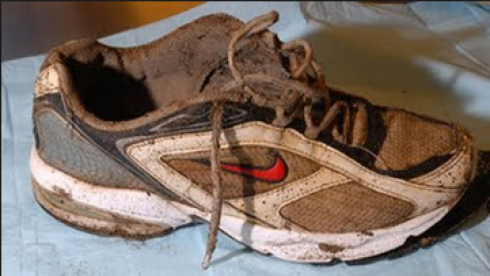 It started in August 2007 on Jebediah Island, a small provincial park in the Strait of Georgia. A young girl on vacation found a sneaker with a severed foot stuffed inside.

Since then, 10 more feet have been found along the strait – the most recent in Seattle on May 6. No other body parts have been found. So far, only five feet of four people have been identified. The rest remain unknown.

For years, the case was covered in international media, as journalists and experts tried to find out where all these feet were coming from. Theories abound: these were the feet of 2004 tsunami victims in Asia that found their way across the Pacific; they were from plane crash victims; they were murder victims, dumped in the strait; or, most plausibly, they were the feet of suicide victims.

Indeed, one foot has been identified as belonging to a depressed man who may have committed suicide, and another two belong to a woman who committed suicide from the Pattullo Bridge. Still – what about the remaining feet?

And why haven’t there been feet washing up on shore in large numbers before 2007?

And how many more will there be? 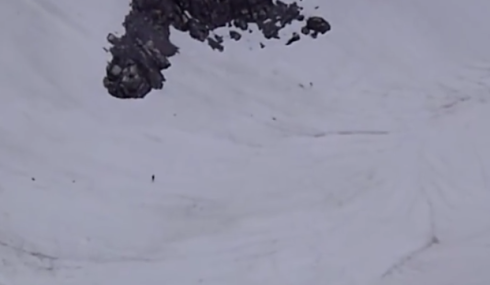 Two years ago, Myles Lamont, a biologist working in a remote area near Tricouni Peak near Squamish, caught footage of a lone figure moving up the slope of a snow-covered mountain.

That footage went viral in May, with headlines claiming the notorious, elusive Sasquatch might have been discovered. Even Lamont thought the footage was weird – the figure had no gear of any sort and was moving much faster than humans normally do, particularly in the conditions captured.

But, was it a Sasquatch?

Shortly after the story appeared, the CBC founda 56-year-old White Rock man named Pete Tennant, a.k.a. Ridgewalker Pete, who makes a hobby of walking by himself across remote BC mountainsides, where he takes pictures and videos of his hikes. He came across the video and recognized the area Lamont had captured.

"That's where I was walking all around,” Tennant said. “And then I looked more, and then I stopped and looked in my hiking notes, and I realized, Tricouni Mountain, 2011. I think that was me."

Well, according to his journal, Ridgewalker Pete was on the peak the last week of July.

Lamont shot the video on July 2 – three weeks before Ridgewalker Pete was in the area.