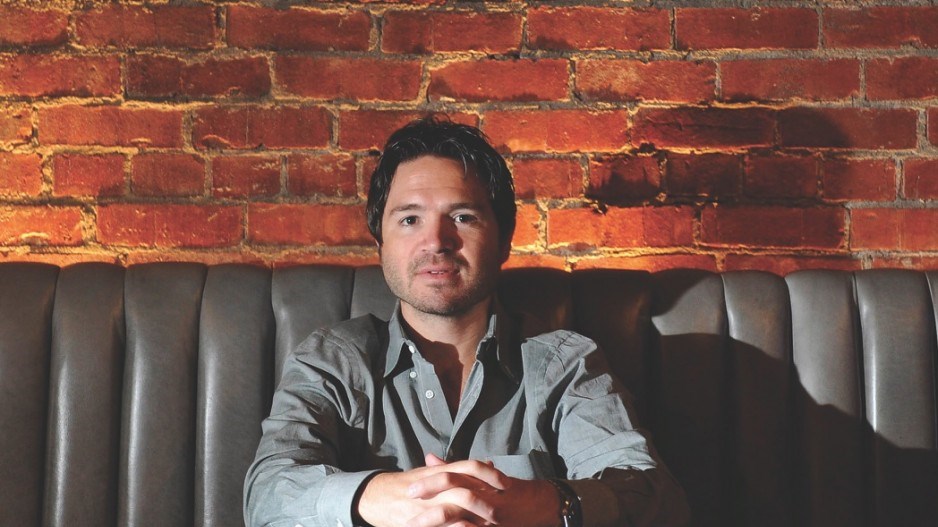 Jeff Donnelly has 26 businesses that are either pubs, cocktail lounges, barbershops or eateries in addition to his planned nine cannabis stores. Photo Dominic Schaefer/BIV files

Eight of those stores will be in B.C., with one in Ottawa. Vancouver locations will include outlets on Granville Street, Main Street and Commercial Drive.

It has been rumoured for months that Donnelly would enter the cannabis retail sector and Donnelly has attended cannabis-related events hosted by Business in Vancouver.

Donnelly, however, has previously turned down BIV’s requests for an interview about his plans for cannabis retail stores.

“While the venture may be new, our ethos remains the same,” he said in a March 11 release. “Be true to yourself and your neighbourhood; the people will follow.”

In order to open in Ontario, Donnelly acquired one of the 25 cannabis licences that the Ontario government is granting to entrepreneurs after it held a lottery-style system to determine which applicants would be allowed to open stores, according to the company.

Marta James, who is a cannabis lawyer at Sotos LLP, said on Twitter that the Ontario cannabis licences are not transferable so what likely happened is that Donnelly has partnered with the licence owner via a brand or trademark licence agreement.

Only five of those licences are for stores that could open in Eastern Ontario, and Donnelly’s store will be on Bank Street in Ottawa’s Centretown neighbourhood.

Plans for a cannabis store at that location went public last month when an application from Karan Someshwar was posted on the Alcohol and Gaming Commission of Ontario website. The public has until March 12 to oppose the application.

The name Hobo caused a buzz among some Twitter users.

“Some people got quite creative naming the first round of retail cannabis stores in Ontario. The Hunny Pot, Ganjika House, Smok and Choom are all pretty sweet, but Hobo Recreational Cannabis Store?? Can't beat it,” wrote Saira Peesker on her @Peesker account.

Some people got quite creative naming the first round of retail cannabis stores in Ontario. The Hunny Pot, Ganjika House, Smok and Choom are all pretty sweet, but Hobo Recreational Cannabis Store?? Can't beat it. https://t.co/s5rQhof5SD

C. Davis, however, wrote on her @SeaDavis7 account "cool that we are no longer even trying to pretend the cannabis industry isn't hugely gentrified. WTF kind of stupid, bullshit, stigma-perpetuating name is Hobo?!"

cool that we are no longer even trying to pretend the cannabis industry isn't hugely gentrified. WTF kind of stupid, bullshit, stigma-perpetuating name is Hobo?! https://t.co/PCdVH160zB

Donnelly did not immediately return BIV’s request for an interview to explain how he came up with that name, but his vice-president of brand and culture, Harrison Stoker, sent BIV a statement that read, "The term 'hobo' dates back to the 1920s, and describes a travelling worker. The word evokes a sense of wanderlust, and implies a passion for the journey over the actual, final destination. The team behind Hobo Recreational Cannabis Store fell in love with the idea of a journey, in the context of cannabis, having both literal and figurative meaning, i.e. the journey one might embark on in their own mind while imbibing.

"The Hobo logo is iconography based on the ‘Hobo Code,’ a communication system that was used by these travellers and symbolizes a ‘good road to follow.’ We hope that this conveys the inclusive message that all are welcome to come in and join us, and supports Hobo’s ‘Not All Who Wander Are Lost’ tagline."

The news release noted that each store would “reflect its host neighbourhood and feature elements of the community’s aesthetic amid a welcoming atmosphere.”