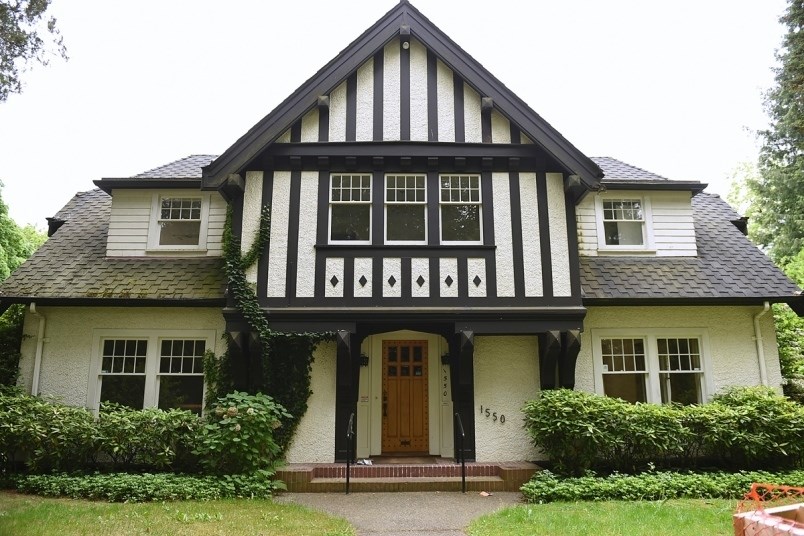 Despite efforts to save it, the so-called 'Electric home' has been knocked down. Photo Dan Toulgoet

The so-called "Electric home" has been knocked down, according to the Heritage Vancouver Society, which announced the news on social media Oct. 12.

Located at 1550 West 29th Avenue, the Tudor-style home was built in 1922 as a show home to demonstrate how a house could be wired for electricity. Heritage activists had hoped it would be saved, but the owners decided in the spring to move forward with plans to replace the home after talks with the city about how to conserve portions of it fell through.

Patrick Gunn, a director at Heritage Vancouver, told the Courier the house was demolished Oct. 11. In a strange coincidence, that was 95 years to the day after it opened to the public on Oct. 11, 1922, according to Gunn.

Before it was torn down, the property was targeted with racist graffiti. Read that story HERE