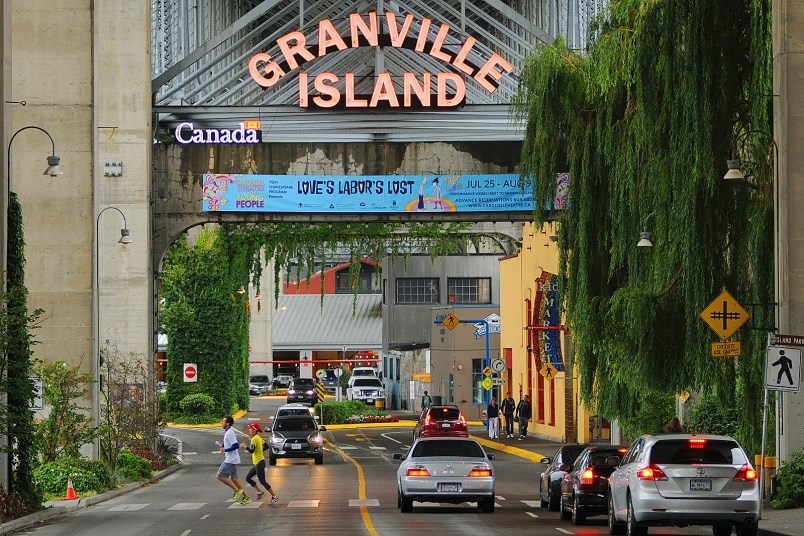 Granville Island, which is really a peninsula underneath Granville Bridge, was created in 1972, when a federal order-in-council assigned management of the 14-hectare site to CMHC. Photo Dan Toulgoet

Say goodbye to the Granville Island Trust. A new Granville Island Council will be responsible for making key budgeting, planning and long-term strategy decisions at the arts-centric property. Its members were announced this morning.

Six members appointed to the Granville Island Council are from Vancouver. They include:

A seventh member of the council is Ottawa-based Domenic Caminiti, national key account manager with Canada Mortgage and Housing Corp. (CMHC), which manages the property. CMHC got to appoint two members to the council and Caminiti is one of those appointments. Its other appointment to the council was not clear at press time.

The City of Vancouver was able to appoint one member to the council, and that member is Gracen Chungath.

The remaining five members of the council were selected by a nominating committee that included:

CMHC-Granville Island’s governance transition to a council has been known for months. The news today is who is on its council.

One of the Council’s first orders of business will be to evaluate and recommend candidates to fill the role of general manager of CMHC-Granville Island.

“We asked, in selecting the members, that care be taken to ensure that they represent the diversity of Vancouver society and possess expertise in areas relevant to Granville Island such as arts and culture, community and government relations, leadership, finance, and property management,” said Jean-Yves Duclos, Minister of Families, Children and Social Development and minister responsible for CMHC.

Lois McGrath, who has been CMHC-Granville Island’s interim general manager since 2017, called creating the council “an important milestone because it gives local residents who understand Granville Island the decision-making authority to help shape its future.”

A few years ago, Granville Island was estimated to be home to 275 businesses that employed more than 2,500 people. Large tenant Emily Carr University of Art + Design has since vacated 190,000 square feet of space, however, and while Arts Umbrella has taken 50,000 square feet of that space, there remains uncertainty about exactly what will happen to some of the rest of the university’s former space.

Granville Island, which is really a peninsula underneath Granville Bridge, was created in 1972, when a federal order-in-council assigned management of the 14-hectare site to CMHC.

Its Public Market was created in 1979, when the federal and provincial governments converted a 50,000-square-foot building.