Clamp down not related to recent vehicle accident outside club, according to VPD
Oct 30, 2019 3:40 PM By: John Kurucz 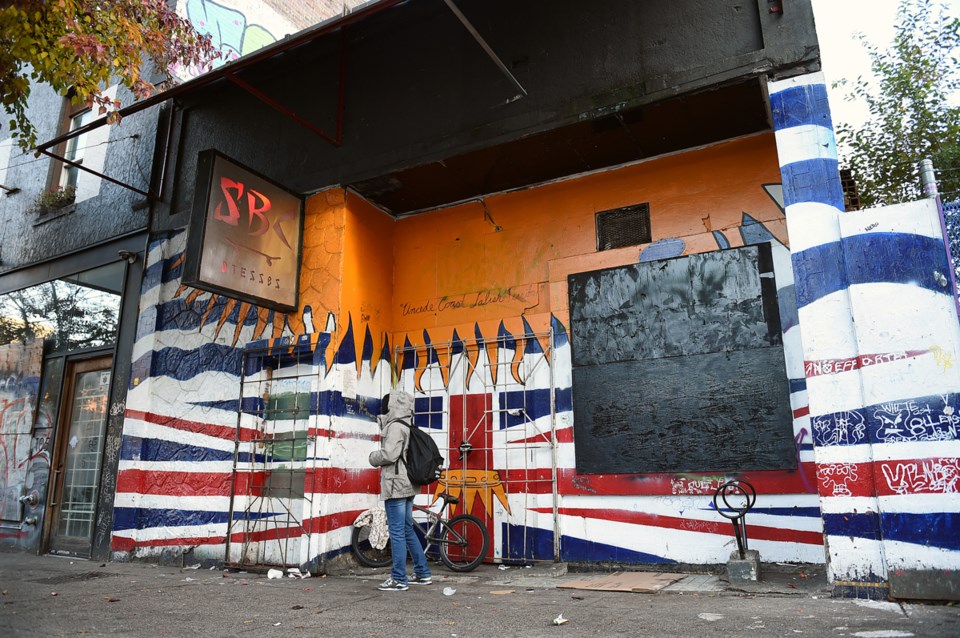 It’s been a tough start to the week for Vancouver’s music community.

On Tuesday, the Smilin’ Buddha Cabaret (SBC) Restaurant announced via Facebook that shows will no longer be staged at the East Hastings venue effective immediately.

Musicians are now scrambling to find alternatives for gigs scheduled for as soon as Friday. The venue was booked solid on weekends through until early 2020, as are many downtown venues, exacerbating any plans to relocate shows on short notice.

SBC owner Malcolm Hassin told the Courier Wednesday the change is being done to move into licensing compliance with Liquor and Cannabis Regulation Branch specs. Hassin said he’ll meet with inspectors from the branch on Monday, Nov. 4 to discuss next steps.

A representative from the liquor and cannabis branch confirmed with the Courier Wednesday that the licence for SBC hasn’t been suspended.

The East Hastings venue has a food primary license, along with a 50-person capacity and a requirement to end shows by 1 a.m. Hassin could face thousands of dollars in fines if he’s found in contravention of those licensing conditions.

In the interim, SBC will remain open solely as a skateboard ramp.

Hassin and two business partners took over the space in 2013, though it opened in 1952 as the Smilin’ Buddha Dine and Dance nightclub. It remained a live music venue for soul and punk rock through the following four decades. Jefferson Airplane, Jimi Hendrix, 54-40, DOA, Subhumans and the Young Canadians performed at SBC over the years.

“I’m trying to make it work, but it’s been a long time coming,” Hassin said. “It’s been the only positive thing [in the neighbourhood] for a long time.”

There was online speculation that the sudden end of gigs was tied to a horrific accident outside the venue on Oct. 12. Burnaby resident Desiree Evancio was dragged several blocks underneath a tour van belonging to American band Off With Their Heads, and she’s since undergone four major surgeries.

More than $200,000 has been raised to aid in Evancio’s recovery effort, which will take years.

“I think there was a lot of heat from that,” Hassin said. “Whether it brought this, I don’t know.”

Vancouver Police Department spokesperson Const. Steve Addison told the Courier that SBC’s announcement had nothing to do with the incident involving Evancio.

He noted the investigation will take weeks, if not months, before next steps are taken. The band member alleged to have been behind the wheel hasn’t been detained by police and has left Vancouver, given that charges haven’t been laid against him.

“We believe the driver had alcohol in his system,” Addison said. “We believe that alcohol did affect his system. We’re working to determine what role, if any, that played in the circumstances that led to the crash.”

The VPD announced last week that surveillance footage has emerged showing Evancio walking between the band’s trailer and van while it was at a stoplight.

“I understand there’s all kinds of speculation out there and with the news that came out last week about the fact that we now know that she did, for an unknown reason, walk between the van and the cargo trailer,” Addison said. “There’s a lot of speculation out there about what happened and why that happened, we don’t have all the answers to that yet and that’s what we’re trying to figure out.”

What happens next is in the hands of case investigators. Once all evidence is gathered, those investigators will consult with Crown Counsel to determine the charge assessment and approval process.

The investigation could end without any charges at all.

“I don’t think there’s going to be anything imminent on this,” Addison said. “It’s going to take some time.”