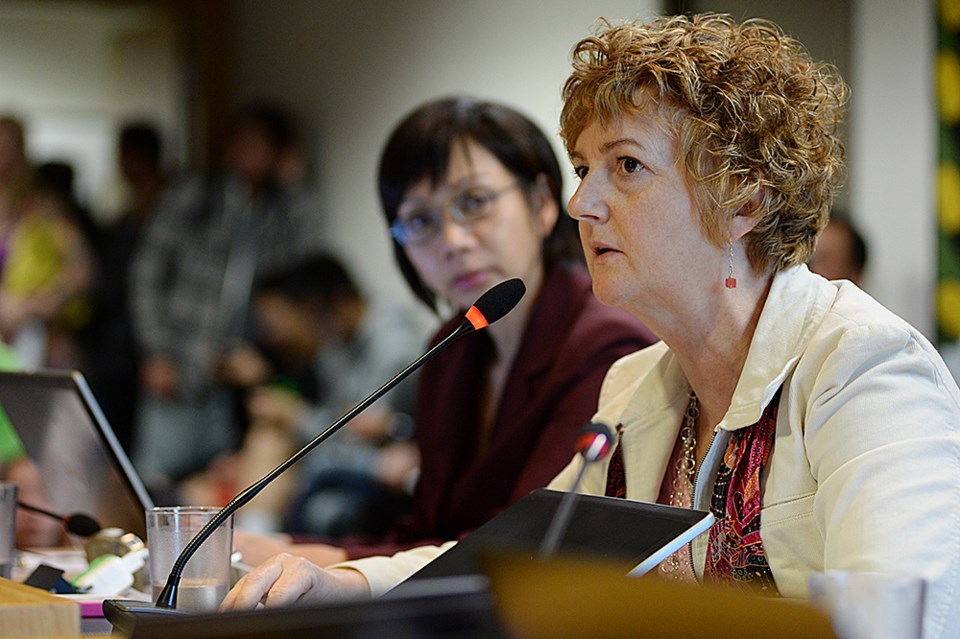 Should a transgender student use the boys or girls bathroom at school? What about change rooms in the gym?

Those questions will be decided on an individual basis, according to proposed regulations drafted by the Vancouver School Board.

Washroom and change room use is one of a few new items drafted to clarify a decade-old district policy which seeks to provide a safe, positive environment for students and employees, with a focus on those who are lesbian, gay, bisexual, transgender or transsexual, queer or questioning.

“The conversation starts in accommodating the trans student,” said VSB associate superintendent Maureen Ciarniello about change rooms. “Often we’re finding them an alternate place to change where they have privacy, so I don’t see it impacting another student.”

The VSB’s PRIDE Advisory Committee drafted revisions to the policy to reflect how Vancouver schools are handling such issues, practices promoted by healthcare professionals and pending provincial legislation.

A new regulation states, “In instances where students are segregated by sex, such as health education classes, trans students will have the option to be included in the group that corresponds to their gender identity.”

Ciarniello said parents are concerned about what age students could self-identify their gender and whether parents would be informed.

“It’s seldom that a student would be in a situation where they felt that their identified gender status was something that they didn’t want shared with their family,” she said.

“Of students who are in that circumstance, very few of them have parents who aren’t aware. Their families knew this before the schools knew this.”

An April 10 memo from Ciarniello stated the revisions would be discussed at an education and student services committee meeting May 14, for possible adoption by the board May 20. But so many people wanted to address the policy that the committee heard speakers May 14, will hear more May 22 and is expected to consider new revisions June 11.