What the thunder? Why we hear it so seldom in Vancouver

Saturday's rumble was relatively rare thanks to the moderating influence of the Pacific Ocean
Apr 9, 2018 5:33 PM By: Martha Perkins 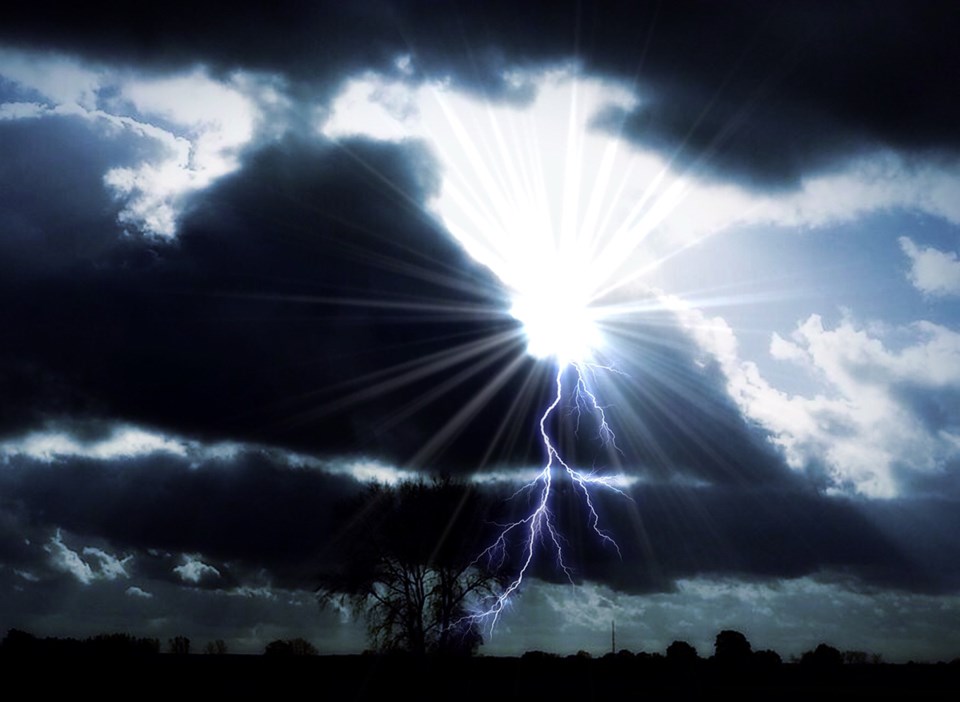 It was a sound that you don't normally hear in Vancouver — and that's what made Saturday's long thunder roll so striking.

People who were born in the city might have noticed the heavens grumbling because it's relatively rare. For those who grew up east of British Columbia, the relative absence of thunder storms makes them feel nostalgic for counting "one one-thousand, two one-thousand, three one-thousand" after a lightning flash to gauge whether the lightning is close enough to be worrying.

Environment Canada meteorologist Cindy Yu says Saturday's storm developed over the southern part of the Haro Strait and then moved over Vancouver at about 10:30 a.m., when the first rumble of thunder was heard. Just before noon, there was a big crackle of lightning over Burnaby before the skies let out a low, prolonged roar.

You can't have thunder without lightning, says Yu. The flash creates so much energy that it causes sound waves to travel. Since light travels faster than sound, we see the lightning before we hear the thunder, although we don't always see the lightning.

If you are counting "one one-thousand" to measure how far away the lightning was, it basically works out to 1.6 kilometres for every second, Yu says.

Wikipedia says there's an average of 6.1 thunderstorms a year in Vancouver which, if you come from just about anywhere else, seems a very low number.

Thunderstorms are caused when warm air rises, creating vertical movement, and then hits cooler air. When there is more contrast between the two layers, you get more storms.

The Pacific Ocean acts as a mitigating factor in air temperatures so the contrast between air masses isn't as pronounced.

We are six times more likely to get thunder in May than we are in April, Yu says. The peak months are July and August while the least likely months are January and February.

Saturday's rain was quite heavy at time and we might be heading towards a wetter than usual month. In the first nine days of April YVR got 38.8 mm of rain, which is 44 per cent of the normal amount for the month. We are forecast to stay in a rainy pattern.

"This year we're still under a La Nina patter, with wetter than usual patterns," she says.