When Elias Pettersson misses the net, he hits more posts than anyone else

Elias Pettersson hits a lot of posts and crossbars. Just look at the Canucks’ last game against the Toronto Maple Leafs: looking for a comeback in the third period, Pettersson nailed the crossbar with two hard wrist shots.
Dec 11, 2019 1:26 PM By: Daniel Wagner 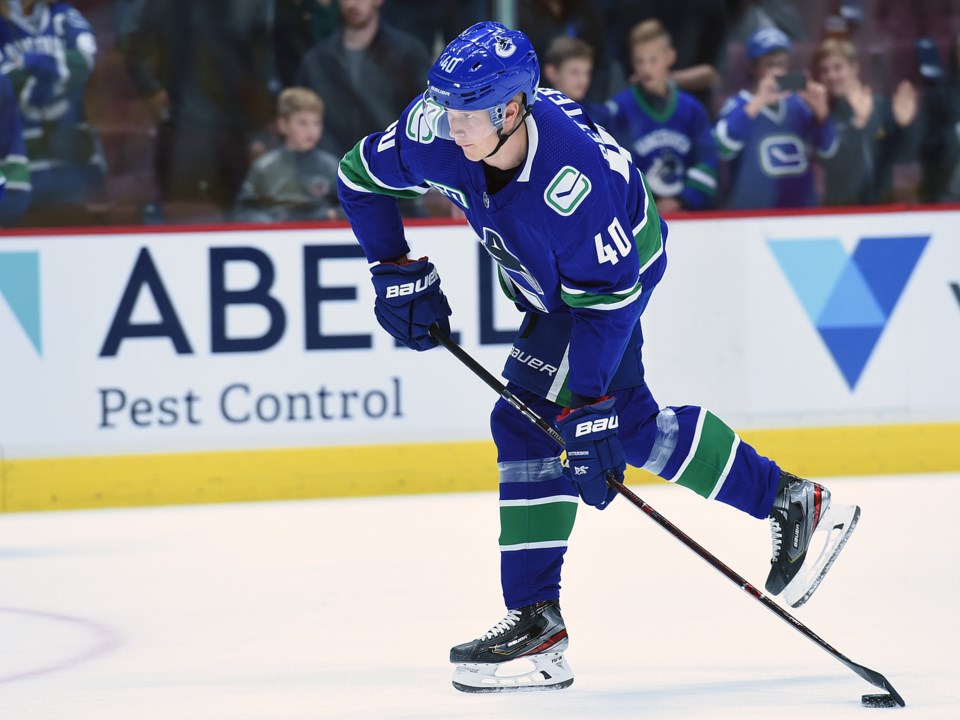 Elias Pettersson hits a lot of posts and crossbars. Just look at the Canucks’ last game against the Toronto Maple Leafs: looking for a comeback in the third period, Pettersson nailed the crossbar with two hard wrist shots.

Pettersson looked skyward after his shots beat Frederik Andersen, but not the bar, lamenting the missed opportunity.

It seems like this happens a lot and I was curious to see if the numbers backed up this perception. According to the stats kept on NHL.com, Pettersson leads the Canucks in both crossbars and posts hit, with a combined 7 this season. That seems a little low and these stats are sometimes a little inaccurate, but that at least suggests that the perception is true.

The next highest Canucks are Josh Leivo, Brock Boeser, and Jake Virtanen, who have each hit 3 posts/crossbars, so Pettersson has hit twice as many.

How does that compare to the rest of the NHL? The only player that has hit more posts and crossbars this season is Leon Draisaitl, who has hit the post 9 times this season to go with his 19 goals. Next is Pettersson and Cale Makar, with 7 each.

On a side note, Pettersson also leads the NHL this season in missed shots that go over the net, with 10. Clearly Pettersson likes to go upstairs.

I wanted to look at this a little differently. How many of Pettersson’s missed shots hit the post or crossbar? In other words, when he misses, does he tend to miss by a lot or by a little. This might speak to just how accurate his shot is.

But what happens when he misses?

I looked at his career numbers on NHL.com and found that of Pettersson’s missed shots, he hit a post or crossbar on 16.5% of them. That’s...well, that’s a number. It doesn’t really tell us much unless we compare it to something.

So, I looked at the data I had on shots over the last five seasons and looked at posts and crossbars from that data.

Among players with at least 50 missed shots over the past five seasons, the leader among forwards in percentage of misses that were posts/crossbars is, strangely enough, former-Canuck Adam Cracknell, who scored 5 goals in 44 games with the Canucks back in 2015-16. He played 69 games with the Dallas Stars the following year, scoring 10 goals, then had trouble sticking in the NHL after that, playing most of his games in the AHL.

15.28% of Cracknell’s missed shots over the past five seasons, including that year with the Canucks, hit the post. Perhaps if a few more of those shots had been an inch or two more accurate, Cracknell would still be in the NHL instead of playing this season in the KHL with Kunlun Red Star.

If we expand our sample size to 100 missed shots, we get a couple more reasonable players at the top, players with excellent shots, even if they’re not among the league’s best goalscorers: Oliver Bjorkstrand (12.88%), Clayton Keller (12.50%), Michael Cammalleri (12.35%), and Artemi Panarin (12.01%).

Of that group, Panarin comes with the largest sample size, with over 300 missed shots. With 12.01% of his missed shots hitting the post or crossbar, he was awfully close to hitting 30 goals in every single one of his seasons: he had 27 and 28 in his last two.

What’s clear, however, is that Pettersson hits the post or crossbar on a much higher percentage of his misses. 16.5% is above even the small sample size of Cracknell, and well beyond the larger samples of the above players.

Pettersson cuts things close with his shots and it seems to be a testament to his shooting philosophy: when he takes a shot, he’s always shooting to score, not just putting a puck on net. He’s looking to pick a corner, which shows up both in the posts/crossbars and in the shots that miss over the net.

It’s also a testament to his accuracy. More than most NHLers, when he misses, he just barely misses.

In an ideal world for the Canucks, Pettersson starts putting a few of those near misses into the back of the net. While he’s on-pace for 31 goals, it wouldn’t hurt to add a few more, particularly in close games or attempted comebacks, like Tuesday’s game against the Leafs.