While the West 4th Ave. scene during the late 1960s was all about peace, love and understanding, the vibe over in East Van was completely different. It was more like violence, hate and misunderstanding.
Nov 1, 2016 11:56 AM By: Grant Lawrence 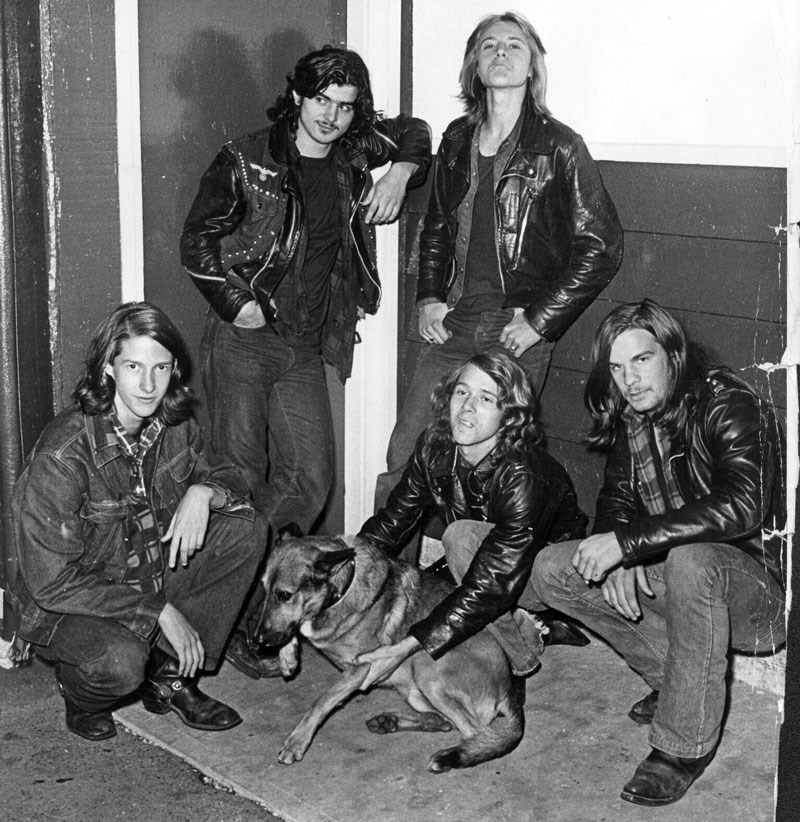 While the West 4th Ave. scene during the late 1960s was all about peace, love and understanding, the vibe over in East Van was completely different. It was more like violence, hate and misunderstanding.

Back then, the area was commonly referred to as the “East End”: a tough, two-fisted, working-class, mostly immigrant neighbourhood. By the early ’70s, street gangs based in local parks spread across the city, from Renfrew all the way to Dunbar. The most infamous among them was East Van’s Clark Park Gang, a ferocious group of long-hairs in red Mack jackets whose numbers could swell to upward of 200. They were blamed for just about everything that went wrong in our city at the time, from a riot at the Sea Festival in English Bay to a riot at a Rolling Stones concert at the Coliseum.

This bloody, deadly, yet little-known story has finally been captured and brought to life in print by local historian and award-winning author Aaron Chapman in his new book, The Last Gang in Town: The Epic Story of the Vancouver Police vs. the Clark Park Gang, published by Arsenal Pulp Press.

How did you discover this murky chapter of Vancouver history?

Chapman: I remember hearing about the Clark Parkers well into the 1980s, when I was in high school. Any time you heard about strangers being at a house party or a concert and a fight broke out, it was attributed to the Clark Parkers. They seemed to be one of the great mythical villains of the city, and I wanted to find out the truth.

Why did the gangs of the early ’70s identify themselves with city parks?

A lot of youth involved in gangs came from pretty rough upbringings. Many of them had been in juvenile detention multiple times, and when they got out, home was no place to be, with parents who were often violent or drunk. Combine that with the poverty in East Van at the time, with nothing for many youth to do. It was often easier to hang out at the park with your friends at night than be home.

How difficult was it to find people to tell this story, since you’re dealing with a lot of illegality, arguably on both sides of the law?

It took time. It helped that some were familiar with my previous books [Liquor, Lust, and the Law and Live at the Commodore]. I have some good contacts in the retired-police community and gained the confidence of some who were willing to talk. The old gang members were different – that took longer. I did have concerned people tell me to watch my step. Many of the retired Clark Parkers lead normal lives today and do not maintain any criminal activity; others spent many years in prison, graduated into other gangs and, in a few cases, are now the leaders of some modern-day gangs.

What was your biggest research revelation?

Being able to speak with some members of the Vancouver Police H-Squad: the secret, undercover gang task force appointed after the 1972 Rolling Stones riot. They were aggressive and ambitious, and the kind of thing that police couldn’t and wouldn’t do today. Those officers separated fact from fiction in one of the fascinating periods in the wild-west, low-tech policing days of the 1970s.

Why did you want to tell this story?

Because it’s largely been forgotten. Many who lived through it are in their senior years now, so it’s the right time to talk to them. East Vancouver used to be a much rougher part of town and much of the legend of “East Van” is forged form that time, but it’s changing. Nowadays there are million-dollar-plus homes for sale in East Van. I wanted to show how Vancouver and crime changed during this time, seen through the lens of the police and the Clark Park Gang.


The book launch for The Last Gang in Town is Wednesday, Nov. 2 (very fittingly at the Biltmore Cabaret, one of the Clark Park gang’s favourite drinking holes), 7pm. Free admission.