Why so many Metro Vancouver retail spaces are closing up shop 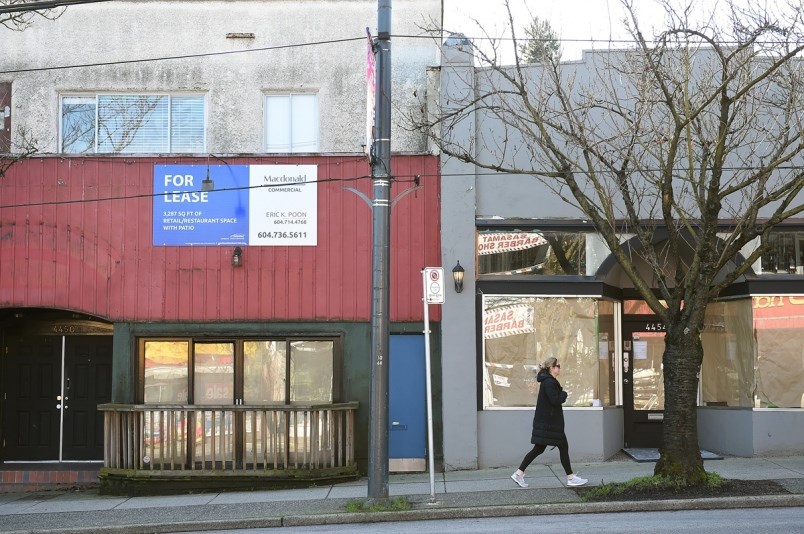 Stores are closing along shopping streets, such as West 10th Avenue, and in shopping malls in Metro Vancouver. Photo Dan Toulgoet

Starbucks shuttered its outlet at Kitsilano Beach in January and at 18 other Metro locations in the past year, part of a retail trend that has seen 73,443 square feet of Metro Vancouver retail space close in the second half of 2019.

The retail bricks-and-mortar cutbacks have been forecast for some time, but the latest data throws the speculation into stark relief.

Streetfront stores are also closing in shopping strolls such as Robson Street, Alberni Street and South Granville, said Patrick Bourne, retail analyst at Cushman & Wakefield in Vancouver, but this data was not included in the survey.

Vacant storefronts are appearing across Vancouver, often tied to the triple-net lease rates that require retail tenants to pay property taxes based on escalating land values. An informal survey by the Vancouver Courier found 25 for-lease signs on former retail outlets along a 10-block section of South Granville last fall.

“[My] base rent is almost the same as four years ago,” Facchin told the Courier. “It’s the taxes — they’ve gone up 40 per cent every year. The rent is not that bad. It’s the commercial taxes.”

In some cases, storefront sites are closed as the property owners seek to sell the property or redevelop for mixed-use developments, agents say.

Bourne said the Starbucks shutdowns reflect the consumer preference for online shopping. “So many Starbucks customers are ordering online and picking it up that there is less need for seating space,” he suggested.

But some agents say it is more likely a matter of retail economics.

“They look at X income and Y rent and make a decision,” said Neil McAllister, senior vice-president of retail for Lee & Associates.

In an emailed statement, Starbucks said, “As a normal part of doing business, every year we open many new stores, we close some, and renovate/relocate a few others. We consider many factors when we make these decisions.”

There is now 1.2 million square feet of vacant retail space in Metro Vancouver, with more than half of that — 683,669 square feet — going dark in regional malls, such as Oakridge, Brentwood Town Centre and the City of Lougheed, according to Cushman & Wakefield.

Some of this space is being converted to office use or closed permanently in preparation for residential development, Bourne said.

“Online shopping is the global trend that has affected the retail sector,” Poon said. “Millennials and gen-Zers are more accustomed to click-and-pick shopping rather than visiting a store. Retailers are finding less need to have multiple stores in shopping centres or street fronts. In fact, some stores are primarily open to accommodate returns that were purchased online.”