“He’s learned from his mistakes.” This was a consistent refrain heard from Canucks fans in the wake of Jim Benning’s contract extension.
Feb 20, 2018 10:14 AM By: Daniel Wagner 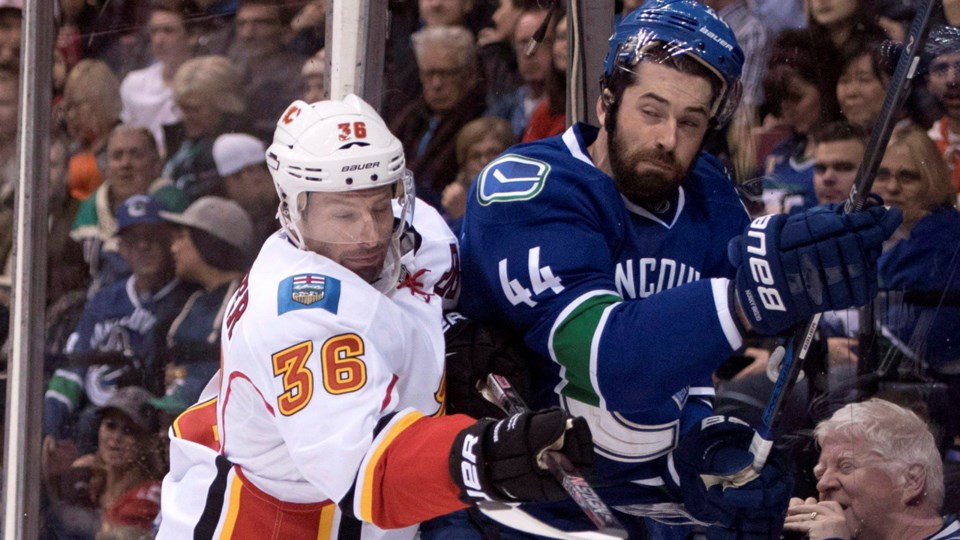 “He’s learned from his mistakes.”

This was a consistent refrain heard from Canucks fans in the wake of Jim Benning’s contract extension. The past year of moves — trading Hansen and Burrows at the 2017 trade deadline, nailing the 2017 draft, and avoiding expensive, long-term contracts in free agency — might suggest that Benning has seen the error in some of his early moves as a rookie general manager.

Then again, he and Linden trotted out the same stale message at the press conference following his contract extension. Perhaps that should have been seen as a warning sign.

On Tuesday, the Canucks took one of their few trade chips heading into the 2018 trade deadline and re-signed him. Erik Gudbranson re-signed for $12 million for the next three years.

One of the biggest issues with Benning’s early signings as a GM is that he would pay players for who he thought they could be, instead of who they had proven themselves to be.

Anticipating a player’s development into something greater than they have already been is a big part of being a GM. You’re constantly trying to predict the future, whether you're selecting a prospect at the draft, negotiating a contract, or making a trade. Will this prospect develop into a top-six forward? Will that free agent have a bounceback season with a new team? Will this trade adversely affect our locker room?

When it comes to contract negotiations, you have to take into account that prediction. Bo Horvat’s six-year deal took into account who the Canucks think he will be throughout that contract, with the anticipation that in the final years of the deal, it will be a bargain. With Horvat, however, he had shown glimmers of that top-six, potentially even first-line, potential.

The trouble starts when you pay someone for who you think they can be before they’ve shown that potential.

That’s why it’s hard to avoid Luca Sbisa comparisons when you look at the new Erik Gudbranson contract.

Accounting for the rising salary cap, Gudbranson’s deal is basically equivalent to Sbisa’s. It’s a three-year deal at second-pairing money. The problem is that neither defenceman had proven themselves as a second-pairing guy when they signed their deals.

Gudbranson, at least, has had experience playing big minutes, but his results in that role suggest he’s ill-suited for it. Throughout his career, Gudbranson has consistently had worse on-ice results than his teammates, giving up more shot attempts, shots on goal, and goals. At best, Gudbranson’s results would suggest he’s a third-pairing defenceman.

Benning and the Canucks, of course, don’t see him as a third-pairing defenceman. They see him as a top-four physical shutdown defenceman, who will help protect his teammates, send messages in scrums, and clear the crease. Nevermind that he hasn’t proven himself in that role either.

Benning has staked his reputation on talent evaluation and he’s done the most damage to that reputation when it comes to defencemen. From Sbisa and Gudbranson, to Matt Bartkowski and Philip Larsen, it’s getting harder to believe Benning when he claims to know what a defenceman will become.

The deal likely removes Gudbranson from the trade market, as sign-and-trade deals are essentially non-existent in the NHL.

The contract is a gamble, for Benning’s reputation, for the Canucks on-ice results, and for their PR. Some fans will love the deal, while others will vehemently hate it, likely split along the same lines as those who loved and hated the Jim Benning contract extension. It will take some impressive work by Gudbranson on the ice to turn around the opinion of the latter group of fans.