With J.T. Miller trade, Jim Benning has made a risky bet on making the playoffs 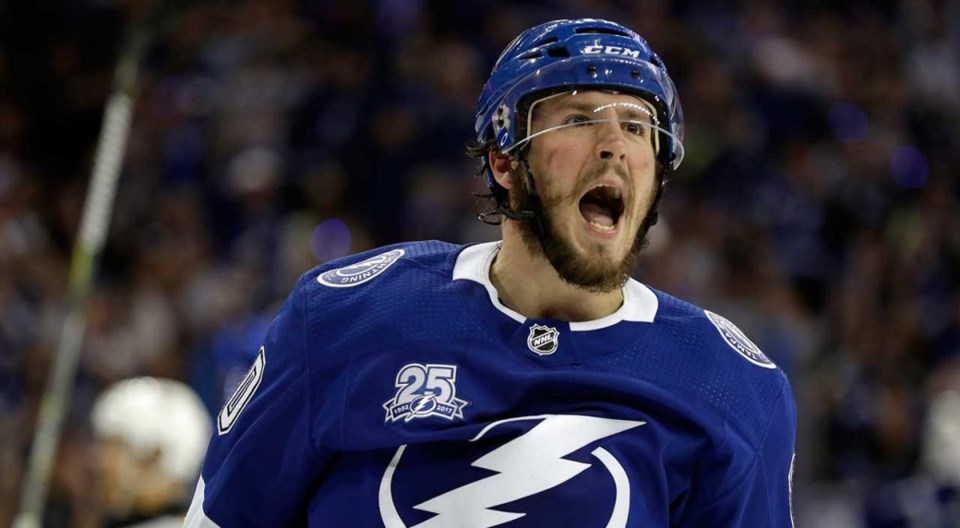 If you only look at the number of draft picks the Canucks made at last weekend’s NHL Entry Draft in Vancouver, they look like a rebuilding team.

Canucks GM Jim Benning made nine picks in all, including Russian power forward Vasili Podkolzin at tenth and first-round talent Nils Hoglander early in the second round with the 40th overall pick. Nine picks is what you would expect from a rebuild, with most rebuilding teams acquiring those picks by trading away veterans on expiring deals.

The Canucks’ biggest move at the draft, however, said something else entirely.

Early on the second day of the draft, the Canucks sent waves through the Rogers Arena crowd when it was announced they had traded for J.T. Miller of the Tampa Bay Lightning. The cost? A conditional first-round pick in 2020 and a third-round pick in 2019.

That’s not the move of a rebuilding team. Miller, a versatile forward that can play up and down the lineup, is a solid complementary piece for a team looking to the playoffs and hoping to contend. He’s likely to get a chance in the Canucks top six alongside Elias Pettersson and Brock Boeser and seems a safe bet to score 20 goals and 40-50 points.

No one has any issue with Miller as a player; the issue is the price.

It’s a big gamble for Benning: the Canucks have to make the playoffs in one of the next two years or the Lightning get a pick that is, at the very least, in the top-15 picks of the draft.

The Canucks’ core four have come exclusively from the first round: Elias Pettersson, Brock Boeser, Bo Horvat, and Quinn Hughes. Benning is taking the chance of missing out on a player of that caliber to acquire a player to help them win immediately.

The frustration for many fans is not only that it was a high price to pay; it’s that it seemed higher than necessary. The Lightning needed to shed a contract to clear room under the salary cap so they can re-sign Brayden Point, who had 41 goals and 92 points last season. Therefore, the Canucks were doing the Lightning a big favour, even if they got a good player in the process.

The Canucks didn’t get a discount for that favour. A report came out from Sportsnet’s John Shannon that not many other teams were in on J.T. Miller, so that wouldn’t have driven the price up. Then Sportsnet’s Iain MacIntyre reported that Benning avoided haggling on the Miller deal: the Lightning asked for a first and a third, so that’s what they got.

It’s understandable that Benning would push to make the playoffs this season. The Canucks have missed the playoffs in four-straight seasons. Elias Pettersson’s quick emergence as a franchise forward has provided hope for a quick turnaround from the Sedin era. And, perhaps most importantly, he’s on the last year of his contract.

A tap of the stick to the Canucks for a great job hosting the 2019 NHL Entry Draft. There were a few hiccups during the weekend, but it mostly went off without a hitch.

I’m dropping the gloves with the Canucks’ rumoured interest in signing Tyler Myers in free agency. The tall defencemen is likely to get a contract befitting a first-pairing defenceman that he’ll never live up to and could cause problems for the Canucks’ salary cap in the future.

10 - The Canucks drafting a Russian forward with the 10th overall pick just feels right. There’s just something about a Russian number 10.

2/12/2020 - The Sedins numbers will rise to the rafters on February 12th prior to the Canucks’ game against the Chicago Blackhawks, which seems fitting.