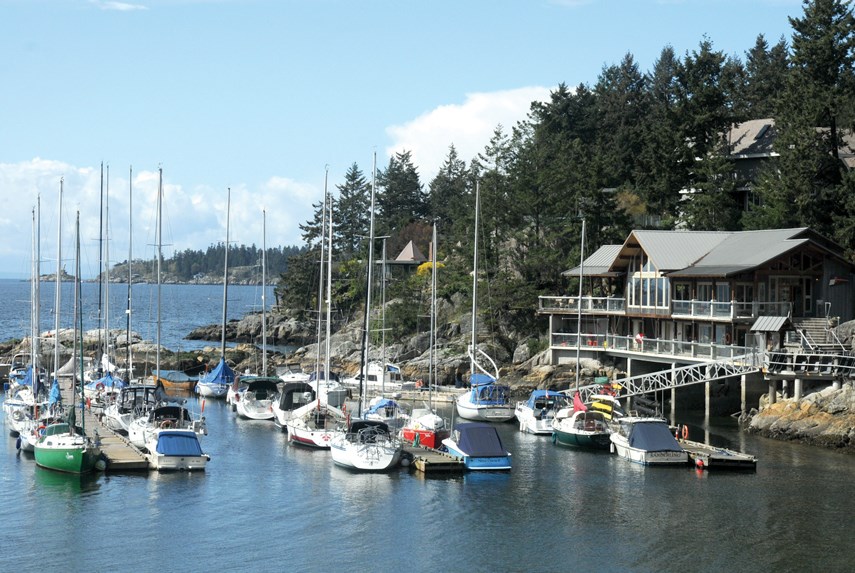 West Vancouver's Eagle Harbour Yacht Club has been ordered to pay up more than $20,000 to a member who was injured in a fall from their dock.

But the woman failed to convince a judge that a second fall at another nearby yacht club almost a year later was also the fault of Eagle Harbour.

In June 2013, Linda Powell stepped onto a board linking two docks at the Eagle Harbour Yacht Club. The board, which was not properly secured, collapsed and Powell fell into the water, injuring her back, B.C. Supreme Court Justice Bruce Butler found.

In the months following, she experienced back pain that made her unable to ski or play tennis and made sailing difficult. Months later, she found she was in too much discomfort to tolerate sitting in an economy class seat on her way to her vacation home in Italy.

In May 2014, Powell was walking on a paved area near the Thunderbird Marina when she fell and broke her wrist.

In her suit, Powell claimed the second fall was immediately preceded by a back spasm, which she said was a result of the initial injury.

During her months of physiotherapy before the second fall, Powell had shown a marked improvement, according to her physiotherapist’s testimony, and was preparing to return to playing tennis, the judge noted. And when she was admitted to the emergency room for her broken wrist, Powell made no mention to the triage nurse about a back spasm causing the fall, according to testimony at trial.

The judge also noted how the relationship between Powell and the Eagle Harbour Yacht Club had deteriorated after the first fall. Powell accused the club's leadership of failing to penalize Santer. Eventually they wrote her a letter threatening expulsion if she did not stop harassing and bullying him, the judge noted in his April 5 written decision.

Ultimately the judge said he didn’t find Powell’s evidence about the injuries to be reliable.

“She had a pronounced tendency to reconstruct past events in a way that is consistent with her belief that Eagle Harbour is at fault for both falls and for all of the symptoms caused by both falls. I do not conclude that she is intentionally misleading the court. Rather, the plaintiff’s personal interests and her negative views of Eagle Harbour have caused her to ‘unconsciously indulge in the human tendency to reconstruct and distort history in a manner that favours the desired outcome,'” the judge wrote in his ruling.

The judge awarded Powell $22,500 for her pain and loss of enjoyment of life in the months following the first fall as well as $1,045 for physiotherapy costs. Powell had sought $55,000.