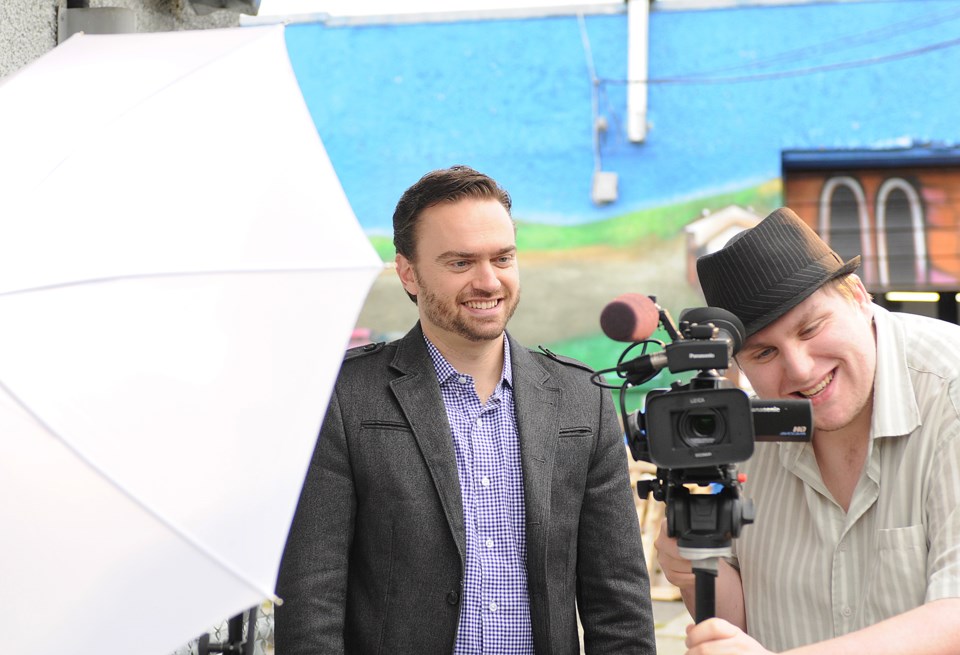 Aspiring young filmmakers have plenty of schools and programs in Vancouver to choose from, but Frames Film Project is unique in that it is a free program for local youth between the ages of 16 to 24 who have been negatively affected by substance abuse or mental health issues.

According to project coordinator Kryshan Randel, students struggle with a “whole gamut” of mental issues, but the two most common are anxiety and depression. “At the beginning, some barely speak,” he said.

Participants need to be referred by a professional, such as a counsellor or teacher, but no official diagnosis is required. In addition to learning the basics of digital filmmaking, there are “check-ins” during the session to discuss issues the youth are dealing with. Staff are available as support.

A little over a year ago, Cori Davidson, 25, was out of work and lacking confidence. “I was really having a hard time,” she said. She saw the Frames poster at a job centre and decided to apply. Once accepted, she never looked back.  “I always had an interest in film in high school, but I didn’t have the self-esteem to pursue it. I’m much less afraid to make mistakes now. I’m so proud of the work I’ve done in film this year.”

In addition to free tuition, students are given transit passes for the weekly meetings, refreshments at each meeting and an HD camera, which they get to keep.

Randel, 33, who has been featured in the Courier for his own films, said often the very difficulties the students have faced already in their lives make their films that much more engaging. “The more conflict, the more interesting their stories can be,” he said.

Davidson recently graduated from Frames and is working as a production designer, director, and as a production assistant on the TV series Almost Human currently being shot in Vancouver. She also works for Frames part-time.

More than half the graduates from the last intake are now working in the film industry, Randel said.

Tyler Clarke, 19, who spoke to the Courier while on a break from rehearsing for the upcoming opening of The Zombie Syndrome: On Death Island produced by the Virtual Stage Society, is another Frames success story. Clarke is on the autism spectrum and was dealing with depression, he said, but now having completed the program feels hopeful and is able work at what he loves.  “It changed my life,” he said.

While Davidson and Clarke are success stories, for some, the course is too overwhelming and they drop out.

Randel said this is to be expected given the challenges the youth are dealing with. The program starts with 30 students, but intake continues past the start date to replace those who drop out along the way.

The program began in January of 2012 with a $195,000 grant from the Community Action Initiative. The fall session, which starts rolling Sept. 26 and runs until Dec. 12, marks the last intake under the grant. Randel is applying for more money to continue the program and expand a second phase.