"One thing I’ve learned through this whole process of getting clean is the only way you’re going to do it is if you want to do it yourself."
Jan 20, 2020 11:54 AM By: Daniel Wagner 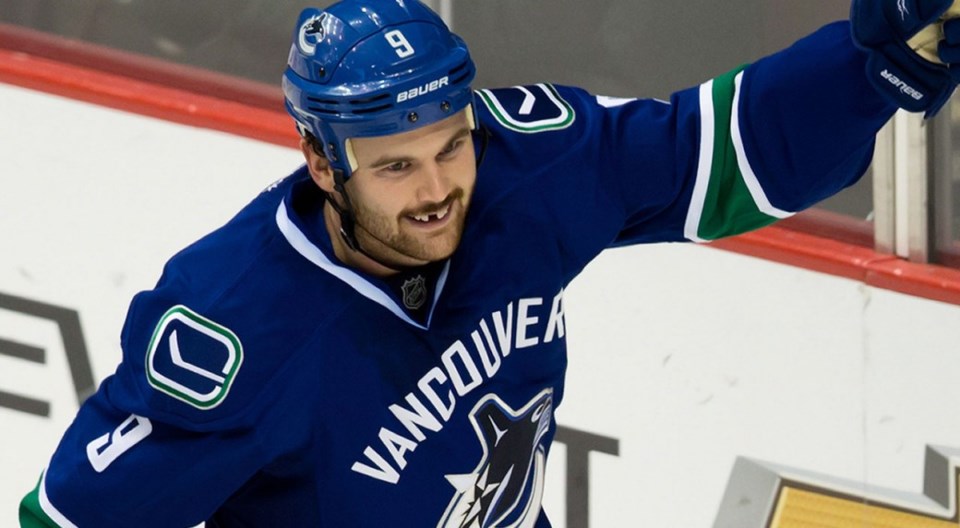 It seems like everyone has a podcast these days. Not every podcast, however, also has a combined 1,996 games of NHL experience between the two hosts.

That’s what two former Canucks, Ryan Kesler and Kevin Bieksa, have: both 1,996 NHL games and a podcast. The Kes & Juice Podcast is a fun listen, as the two long-time friends share stories from their days in the NHL and perspective on current NHL news, along with a surprising amount of The Bachelor updates.

In their most recent episode, Kesler and Bieksa weighed in on the incident between Zack Kassian and Matthew Tkachuk, an incident the NHL’s Department of Player Safety handled poorly. In an incredible coincidence, they lined up an interview with Kassian before the incident happened.

Or, perhaps it wasn’t a coincidence at all.

“I’m not taking credit for anything, but I say to him, ‘Hey do something interesting this week, like maybe a Gordie Howe Hat Trick,’” said Bieksa, “and then two days later, this thing happens.”

Kassian, or as Kesler and Bieksa call him, “The Big Cat,” touched on the revival of the Alberta rivalry, partly thanks to Kassian’s actions.

“This is a fun time,” said Kassian, “The way the game has evolved, there’s not too many incidents like this anymore.”

They also got into an infamous incident when Kassian was with the Canucks, when Bieksa and Kassian started fighting in the elevator, with poor Frank Corrado trying to break it up.

“I was probably being an idiot,” laughed Kassian.


The real meat of the episode, however, came when they asked Kassian about his sobriety. Kassian has had a well-publicised battle with substance abuse, specifically alcoholism, but has come out the other side with the tools and knowledge to stay sober, and has turned his career around with the Edmonton Oilers.

“You guys were the main source of helping me out in the beginning,” said Kassian. “I went to Vancouver and it was an older team and I think there were some warning signs that I could’ve ruined my career. You guys tried to step in and intervene multiple times.”

That’s good to hear from a Canucks perspective. The team was criticized when Kassian was traded to Montreal for not doing enough to help Kassian through his substance abuse problems, but knowing that the veteran leadership in the room were trying means a lot.

“One thing I’ve learned through this whole process of getting clean is the only way you’re going to do it is if you want to do it yourself,” said Kassian. “You’ve got to be willing to help yourself. Sadly, you guys tried to help multiple times, but it took, ultimately, a car accident to hit my rock bottom and to really think about what I was doing and how it was affecting the people around me, not only my career, but my family, my friends, and my teammates.

“You guys tried to put a stop to it, you guys tried to help the best way you could, and you planted the seed. There were days where I was thinking about what you guys said. You guys were two NHLers, played a long time, two leaders of our team, clearly you’re not just going to intervene for no reason.”

Kassian wasn’t behind the wheel for the car accident, which resulted in a broken nose and foot, but it was still his truck and he certainly bore responsibility. He admitted in his testimony in court that he had been drinking and using cocaine prior to the accident.

“Obviously the incident in Montreal was pretty humbling,” he said. “After that accident, my world came crumbling down. There’s no easy way to put it: I broke down, I cried a couple times, I didn’t think I was going to get back to the NHL, to be honest.

“I struck out with Buffalo, Vancouver didn’t want me, my last chance was in Montreal and I screwed that one up before the season even started. That was really a turning point and right then and there I knew something was wrong and I had to get better and I surrendered. That day changed my life.”

Kassian then joked, “When I go back to Montreal, I want to go dig up that tree that got hit, that the girl hit driving, and plant it in my backyard because, essentially, that’s what changed my life.”

Perhaps the most heartwarming aspect of the episode is Kesler and Bieksa talking about how proud they are of Kassian. You can tell how much they care about their former teammate.

Kassian also talked about the life-changing experience of having a daughter and the support system of his family as he’s battled to get clean.

“I wish I would’ve figured it out at a younger age,” said Kassian, “but sometimes you’ve got to take a different path.”

The biggest bombshell of the interview, however, is that Matt Kassian now helps Bieksa manage his money.

Okay, that’s not actually a bombshell, but it is pretty random. Canucks fans might remember Matt Kassian from the Kassassin controversy: started to call Zack Kassian “The Kassassin,” which angered Matt Kassian, who had the nickname legally trademarked.

Apparently, Matt Kassian took trademarking his nickname seriously because he saw the importance of taking care of your assets. He’s now a financial advisor, who often works with professional athletes because of his own experience in the NHL. I wonder if he still goes by “Kassassin” when he’s helping his clients navigate their investments.

“That guy always had a bone with me,” said Kassian. “Remember, he played in Minnesota when I played in Vancouver. He lined up with me and just right away, he slashed me and said, ‘Let’s see who the tougher Kassian is.’ I’m like, holy s***, man, I’m 22 and this guy’s heavy and I’m, like, whoa relax a little bit here. Thank god he left me alone after that.”

Prior to the Kassian interview, Kesler and Bieksa delved into a number of topics, from grotesque mouth injuries and the perils of using a different dentist when on the road, to The Bachelor and who Kesler’s ideal Bachelorette would be.

The most interesting segment for Canucks fans was when they were talking about the Kassian/Tkachuk incident and brought up how similar Tkachuk’s hits were to those of their former teammate, Raffi Torres.

“It’s the Raffi Torres hit,” said Kesler. “That’s what it was exactly. And the fact that the league’s defending that and basically ran Raffi out of the f***ing league because of those hits, and then Tkachuk does it twice in one game? To be honest, we all know what Tkachuk’s doing: he’s trying to hurt him.”

“Maybe he’s not meaning to hurt him, but he’s certainly meaning to blow him up,” said Bieksa.

“The league’s not being f***ing consistent at all,” said Kesler. “I think that’s where the confusion comes in. But if Tkachuk’s going to play like that, he has to fight. Period.”

“We used to feed off of Raffi’s hits,” said Bieksa. “Remember when he hit Seabrook behind the net? Looking at it today, it was like the Scott Stevens hit on [Paul] Kariya and [Eric] Lindros: big time late, interference. It was like a swing hit that swung all the momentum in the series.”

“How about when he used to come down from the point once a game and just take a run at the guy, whether he got him or not,” added Bieksa. “The guys down low, the forwards down low trying to make their plays, were like, ‘Heads up!’ when he was on the ice.”

Finally, there was this golden exchange when Kesler and Bieksa were talking about injuries.

“You make fun of my nose every other f***ing day,” said Kesler.

“I say your nose is really big and sticks out, but mine’s big and flat,” Bieksa replied. “So we both have nose issues, but we’re still models.”

Give these two nose models a listen. The entire episode is great and it will likely leave you wanting more. Fortunately, there are six other episodes to listen to so far.