Iconic music store to persevere as one building goes on market
Jul 22, 2014 2:46 PM By: Cheryl Rossi 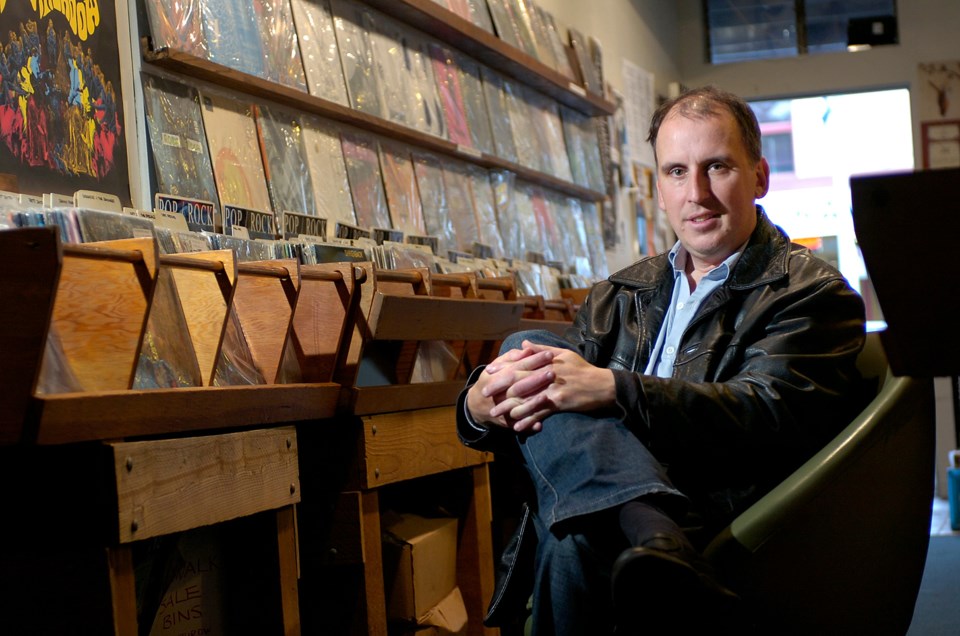 Half the property Zulu Records occupies on West Fourth Avenue is up for sale for $3 million.

“We have too much space,” said Grant McDonagh, owner of both the business and the two buildings. “The music industry has changed. CDs don’t sell like they used to. It’s really that simple. They still sell, but it was the majority of our square footage.”

McDonagh was reluctant to speak to the Courier about the listing.

“I feel like I’d like to be clear with the public… The buildings are for sale but at the same time we can’t say what are definitive plans are,” he said. “Zulu is staying in business. We’re planning to be in business for the future. It’s not about Zulu.”

“There are options out there on what our future can be within the buildings, as is, or within a smaller location, or one of the buildings. I don’t know.” he said. “It’s too early to tell the public. That’s why we didn’t put it out ourselves.”

The buildings are zoned by the city to allow retail, commercial and residential use. The zoning generally allows building heights of four storeys outright, with the potential for five storeys with relaxations.

The half closest to Maple includes two one-bedroom rental suites on the second floor and has housed Videomatica Sales since 2011 when the longtime movie rental and sales business downsized to a DVD and Blu-ray sales business.

McDonagh said whatever happens, Videomatica and Zulu will continue.

“We’re sticking together,” he said.

McDonagh started Zulu a block east on West Fourth in 1981. The record store relocated to the block between Maple and Cypress in 1999 and expanded into the adjoining building in 2001.

Realtor Barb Burrows says the property went on the market about a month ago. She said the listing has received “some interest.”

The five-block strip of West Fourth Avenue between Vine and Burrard streets has lost Videomatica movie rental shop and three book stores in the past four years.

But McDonagh doesn’t want Zulu lovers concerned about the disappearance of his record shop.

“There is still a music industry,” said McDonagh, who started working in a record store in 1979. “Some of the smaller stores in town are doing well.”